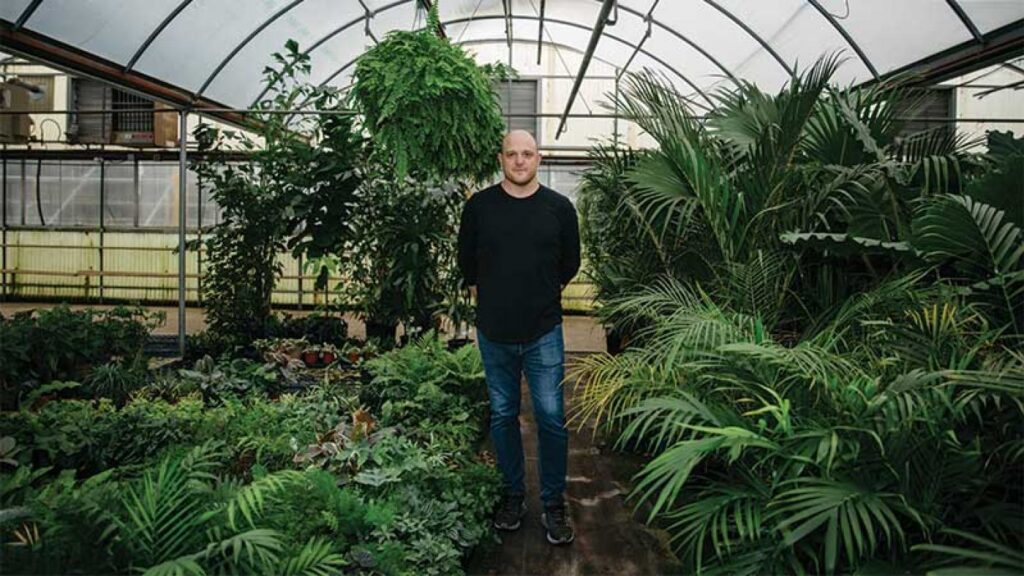 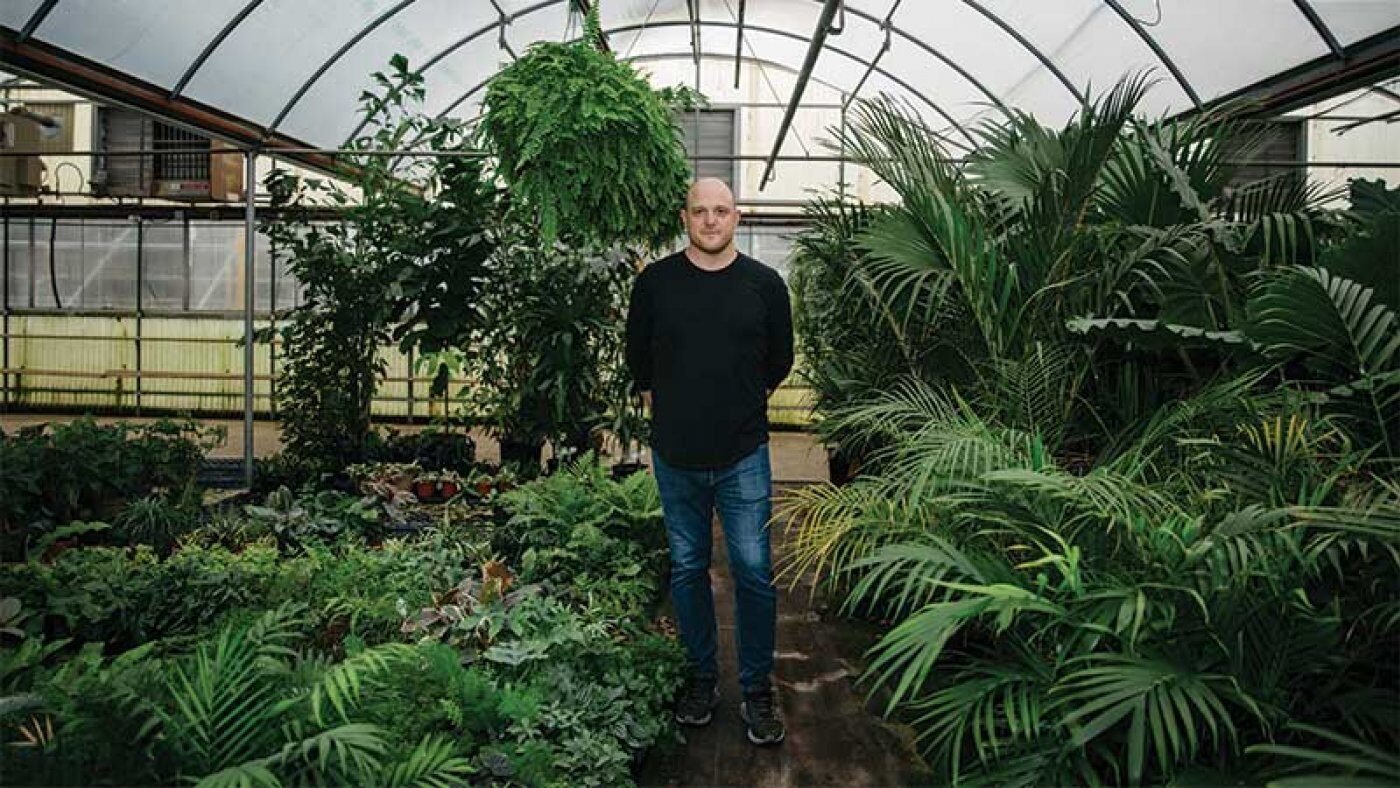 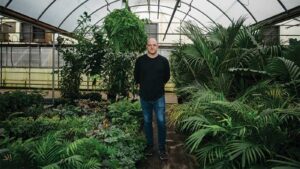 Justin Mast was born to be an entrepreneur. Growing up in Grand Rapids, he was known for his enterprising ideas, like selling plants outside his parents’ greenhouse. On both his mother’s and his father’s side, his family has a rich history in horticulture going back multiple generations, so it makes sense that one of his first business ventures involved selling greenery. He didn’t know it then, but plants would play a large part in his entrepreneurial future.

Founding Bloomscape didn’t happen without some trial and error. Just a few years after graduating from business school, Mast decided to start his own business. After a few semi-successful startups, he knew he wanted to pursue further education. But something about an MBA didn’t feel like the right fit for him. He knew he wanted to surround himself with creative and inspiring people and found just that at Taubman College.

“I got this crazy idea,” he says, “that I could become a better entrepreneur by learning to think like an architect.”

He was right. In 2017, just five years after graduating from Taubman College, he created Bloomscape, and it took off. Based in Detroit, the company ships a variety of plants directly to the consumer’s door. Mast applied much of what he learned at Taubman College directly to starting Bloomscape. “Both architects and entrepreneurs plant themselves squarely in this vibrant, messy space between idea and reality. That’s an uncomfortable place for most people to exist, I think. For other people, that’s right where you want to be,” he says.

In pursuit of that vibrant, messy existence, Mast has stepped back from the day-to-day operation of Bloomscape, though he remains involved as the board director. He’s now an entrepreneur-in-residence at Endeavor, an organization dedicated to inspiring and supporting high-impact entrepreneurs.

Mast is working with the Detroit-based team to develop a regional strategy for the Great Lakes and a vision for the next 10 years of the organization. They’re dedicated to supporting and retaining entrepreneurs in Detroit, Grand Rapids, Chicago, Ann Arbor, and elsewhere. For him, it is a chance to learn, get some insight, and give back to his fellow entrepreneurs.

He explains, “It’s about accelerating this thing called the multiplier effect. They support high-growth entrepreneurs in emerging markets around the world. It started in places like Argentina and Brazil with this idea that, when you identify these companies that are growing fast, if you can give them the same support they’d get in a place like San Francisco, those businesses grow to a size and scale where they can start to give back and invest in their communities.”

These businesses can often lead to spin-off startups, hence the “multiplier effect.” Mast is passionate about supporting these companies and putting the Great Lakes area on the map as a fertile ground for entrepreneurs. As a step in that direction, Endeavor has teamed up with the William Davidson Foundation and Startup Genome to create a new brand and strategy around the Detroit and Ann Arbor startup ecosystems. Research on the strengths and weaknesses of the cities when it comes to high-growth startups will inform new policy and pilot projects to support entrepreneurs.

It’s particularly important to Mast to be doing that work in Detroit. “Detroit is a smaller start-up community and creative community, but being a part of it and having a role in a comeback story is deeply rewarding,” he says. “A lot of people come to Detroit with expectations of making big changes fast. I was probably one of those people. What we’ve learned is that change is happening here, but it’s got a pace of its own. I’ve learned a lot by being a part of this city.”

Mast says there’s a wealth of good startups coming out of Detroit, Ann Arbor, and surrounding areas. Some have even spun out of Taubman College. He feels that some of the next generation of talented entrepreneurs could as well. He sees the college’s multidisciplinary approach to education as a valuable foundation for students who want to pursue entrepreneurship.

He’d be developing ideas and businesses whether he attended Taubman College or not. However, his architecture degree gave him a tool set to practice entrepreneurship in a way he finds particularly rewarding.

“When it comes to having a vision and trying to bring that into reality, there are not a lot of other education programs that train you to think that way,” he says. “Developing the patience to be able to work on a problem from a lot of different angles, using different tools, that’s all very architectural.”

As for Mast, he’s already open to the next big idea. “I’m looking forward to getting back into starting a new company,” he says. “The time has to be right and the idea has to be right. Who knows, maybe it’s in the architecture world this time.”