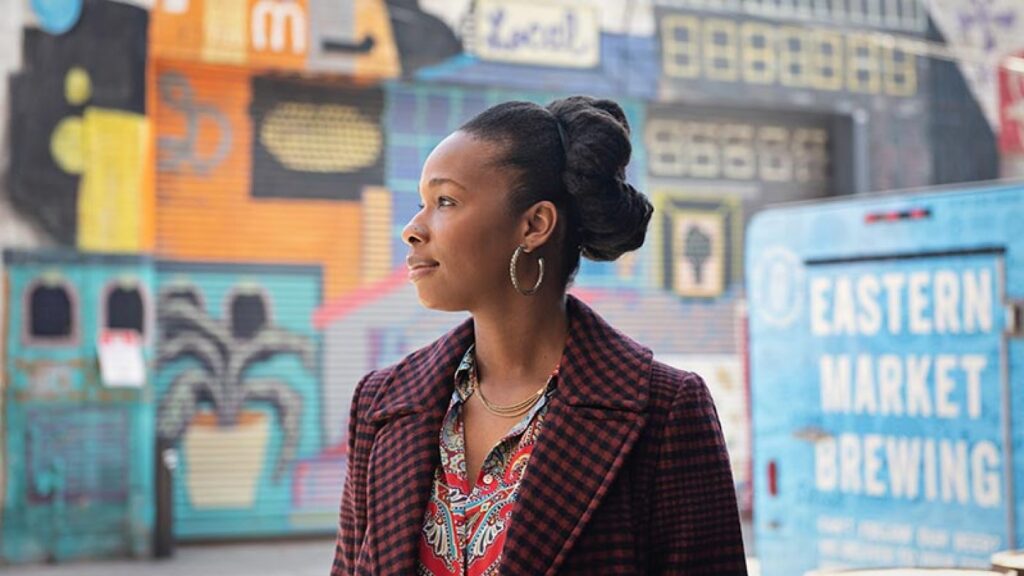 Davis Williams builds a village to rebuild a city 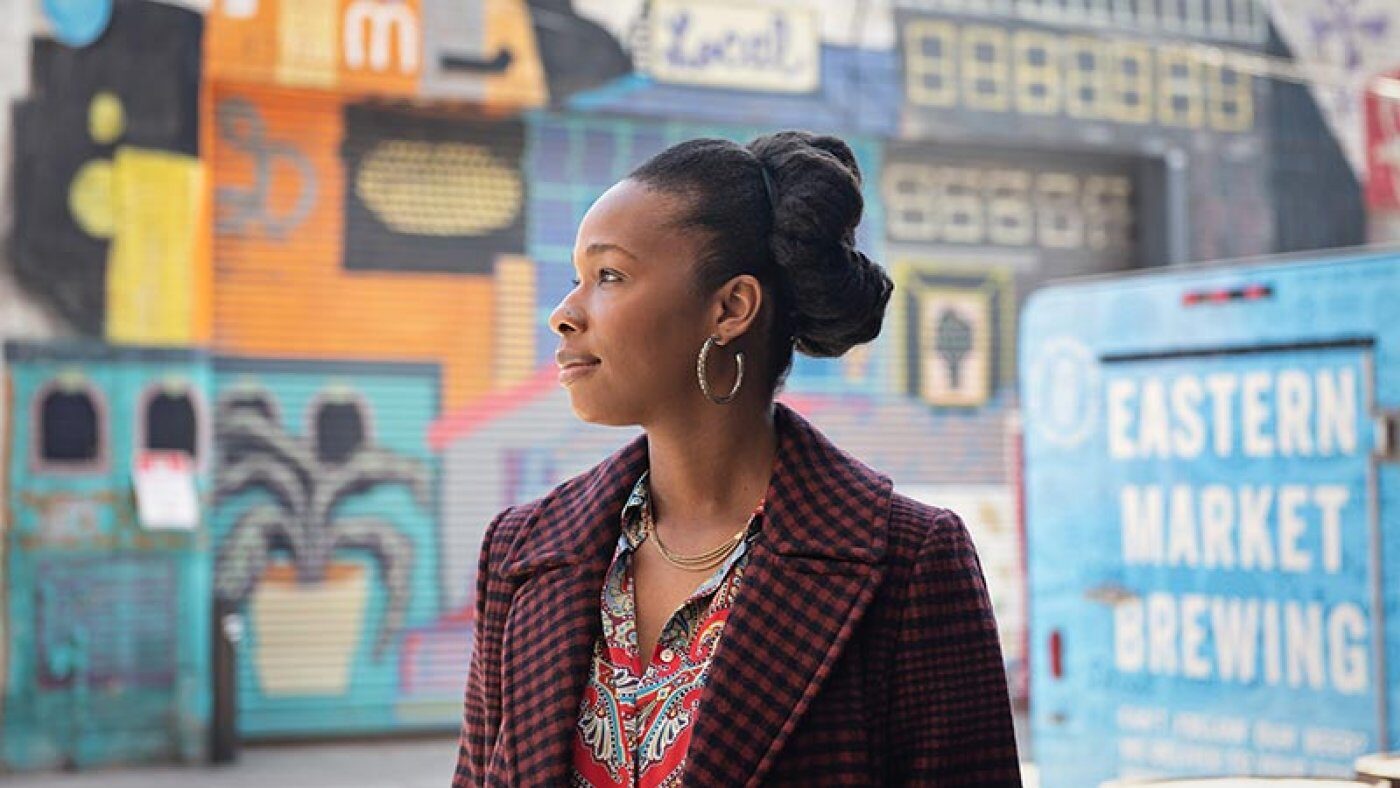 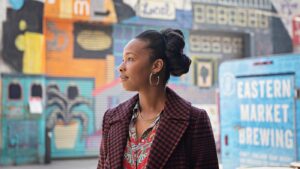 When Ujijji Davis Williams, M.U.P. ’17, looks around Detroit, the city where she works and lives, she can see into the future. It’s a future in which neighborhoods are stronger, green spaces abound, and much publicly owned land has transitioned to be community owned.

Her firm is helping the city get to that stage. As the founder of JIMA Studio, a landscape architecture and urban planning firm, she is intent on helping to fulfill the city’s potential. The best way to do that, she believes, is by partnering with community groups, organizations, and builders.

“I want the work that I do to be resilient and to be considered part of a local perspective,” says Williams, a Brooklyn native who has lived in Detroit for six years. “I see myself as a conduit who can help to translate certain ideas into something that can be built. I’m not trying to impose too much ‘it should be like this.’ I want to facilitate the design that local residents are looking for.”

One example of the firm’s vision is a joint project with a small collective called Other Work. Together, they won a Design Core Detroit competition to create a streetscape in the Eastern Market neighborhood. Williams hopes the project will be completed in the fall.

The design includes pop-up canopies that will provide shade for some of the market vendors who aren’t part of the formal sheds on the main Russell Street site.

“The canopies will be on Riopelle, where there are a lot of great businesses that don’t get the same foot traffic as Russell,” Williams explains. She hopes the canopy motif will expand in the future as well.

JIMA Studios works with organizations and residents by helping them navigate the urban planning process. “A lot of my client base is in Detroit, and sometimes groups of residents come together to respond to vacant land challenges they deal with every day,” Williams says, noting that for years, Detroit residents have been leading much of the neighborhood revitalization effort on their own: “They’ve lived here for 30 years and have seen the ups and downs.”

Their love for and investment in the city has built the foundation for much of what is happening today, she adds: “They have a lot of skills, but there are some gaps. For instance, how do you communicate your ideas in a way that folks who have more resources will fund it or talk to the right people on your behalf?

“With my practice, I’m hoping to close the gap between the aspiration and implementation.”

This juncture of vision and process is where Williams feels she can have the greatest impact. It’s a skill set she honed during her studies at Taubman College. “One of the first things that we learned in our first year was about the planning process,” she recalls. “I don’t think I appreciated how invaluable that was until I graduated.”

At her previous firm, SmithGroup, and at JIMA, “a lot of clients were a little stumped with things like ordinances and legalese. I can play a role by informing someone of their own rights. That was a very important element of my education.”

Another JIMA project, in collaboration with Bridging Communities Inc., is the development of a neighborhood greenway in southwest Detroit. The project includes a trailhead that is expected to be completed this summer, followed by the development of a bigger greenway. Williams’s connection with Detroit communities and residents has been a key part of the planning process.

“It’s hard to embrace change, and it becomes harder to embrace it if you didn’t help to inform it. It can feel harmful if you didn’t have a say. Having a participatory platform is really important to me, to give people a way to participate in change,” she says.

JIMA is part of a group of architects and urban planners working with a faith-based organization that has significant property ownership on the city’s west side. “That area has a lot of vacancy. Some streets are pretty strong, while others are weaker locations,” she says. The organization has been purchasing property from the Detroit Land Bank, but they were unsure of the best use for it.

“Should they partner with other folks to do new or improved housing? Small-scale business incubation with retail opportunities? Bring back neighbors who had left? Do they have short- and long-term strategies?” she says.

On the west side and all around the city, JIMA will create spaces that are culturally tied to the city and rooted in local identity — in no small part because of the community’s input, she says: “If you bring everyone together, it builds trust where people believe that you’re going to help move their idea forward. They trust you to be accountable to that.”

Williams also is interested in the role of landscape architecture as it relates to climate policy and climate response. To initiate change, she points out, “we need to confront why lands were degraded to begin with and why other lands were stolen. Additionally, why has the response taken so long?” She says answering those questions is vital and not addressing the issue will have dire consequences.

“If we don’t put climate change and climate reform at the forefront of our work,” she says, “landscape architects will be out of business.”