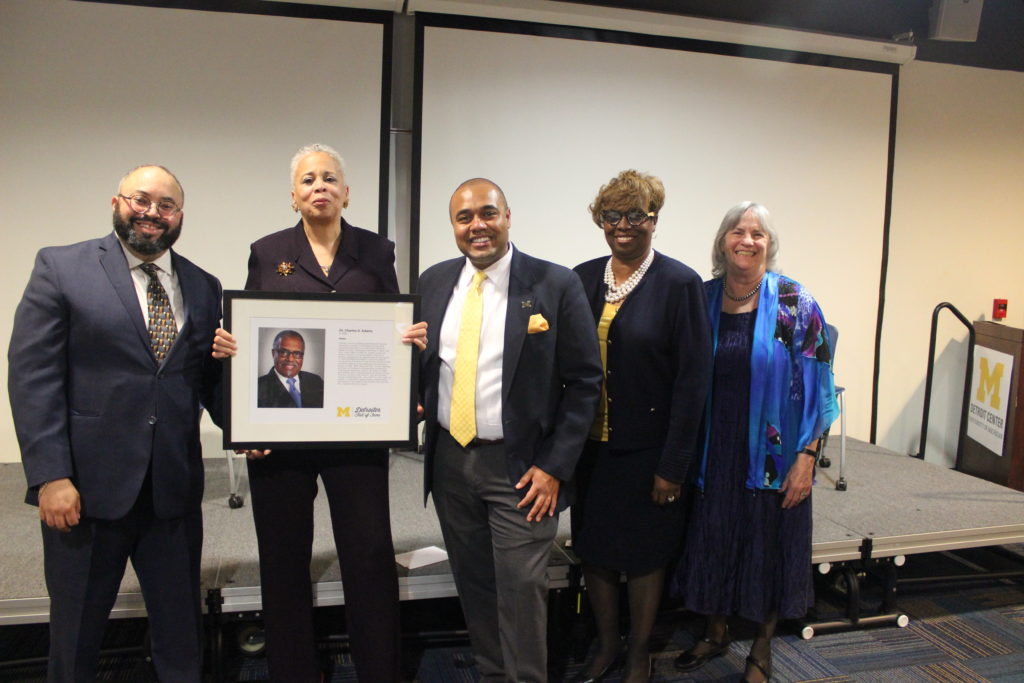 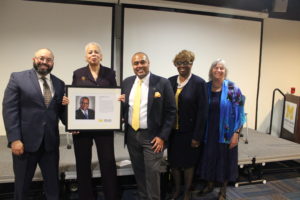 The University of Michigan has inducted two new members to its Detroiter Hall of Fame and also recognized an emerging leader in the city plus a faculty member who has shown outstanding service to the community.

Initiated in 2013, the Detroiter Hall of Fame honors the distinguished career achievements of Detroit natives who have graduated from U-M and made recognized national or global contributions to their fields.

The 2019 Detroiter Hall of Fame inductees are:

Prior to her appointment to the Michigan Court of Appeals in 2008, Stephens served as judge of the Third Circuit Court and the 36th District Court. An Emory Law School graduate, Stephens has been admitted to practice in Georgia, Texas, and Michigan. She was vice chair of the Wayne County Charter Commission, associate general counsel to the Michigan Senate, and regional director for the National Conference of Black Lawyers-Atlanta. She has served as adjunct faculty at Wayne State University Law School, the Detroit College of Law, the University of Detroit Mercy School of Law, and Emory University’s Kessler-Eidson Advocacy Program. She was awarded the State Bar of Michigan’s highest honor, the Roberts P. Hudson Award, in 2005. She is the co-chair of the Diversity and Inclusion Advisory Committee.

Stephens has also held leadership positions in the Association of Black Judges of Michigan and the National Bar Association. She serves on the board of the National Consortium on Racial and Ethnic Fairness in the Court and has also served on numerous civic boards including New Detroit and the Girl Scouts. She also is a life member of Delta Sigma Theta Sorority Inc. Most recently she was reappointed as a judge of the Court of Claims in addition to her appeals court work.

Charles G. Adams, a pastor and former president of the Detroit Chapter of the NAACP

Adams graduated with honors from U-M and Harvard University and went on to become a doctoral fellow in Union Theological Seminary in New York. Adams served as pastor of historic Concord Baptist Church in Boston, followed by an appointment as the pastor of Hartford Memorial Baptist Church in Detroit. He served as president of the Detroit Branch of the NAACP in 1984 and was elected to its executive board in 1986, 1988, 1990 and 1992. Adams has been awarded 12 honorary doctorates from colleges and universities across the country; has spoken before the United Nations (on South African Apartheid); and has received the coveted “Rabbi Marvin Katzenstein Award” from the Harvard Divinity School, where he taught ethics from 2007-2012. A prolific writer,  Adams published in scholarly journals, daily and weekly newspapers. He has had many sermons published as Power in the Pulpit, where he describes how he prepares, writes and delivers his sermons. He also was a professor at the Ecumenical Theological Seminary in Detroit.

The Emerging Leader Award honors Detroit natives, usually below the age of 40, who graduated from U-M and have made notable contributions to their disciplines. This year’s award winner was Dexter Mason.

Mason is a 2013 U-M graduate, where he earned his Bachelor of Arts degree in sport management. He serves as director of events & marketing for the Ross Initiative in Sports for Equality, which was founded by Miami Dolphins owner Stephen M. Ross to educate and empowers the sports community to eliminate racial discrimination, champion social justice and improve race relations. On campus, Mason was president of the Sport Business Association, served as student manager for the Men’s Basketball Team and was a student representative on the School of Kinesiology’s Alumni Board of Governors. He was presented with the “Michigan Difference Award” from the U-Ms NAACP Chapter. Mason also has a Master of Professional Studies in Sports Industry Management degree from Georgetown University. While in Washington, D.C., he served as staff assistant for U.S. Sen. Gary Peters and served in White House operations during President Obama’s administration.

The Outstanding Service Award honors U-M faculty or staff who embody the university’s commitment to the state’s largest city as exemplified by their distinguished service to the people and organizations of the city of Detroit. This year’s award was given to Barbara Israel.

Israel is a U-M professor in the School of Public Health and director of the Detroit Community-Academic Urban Research Center. She has published widely in the areas of: the social and physical environmental determinants of health and health inequities; the relationship among stress, social support, control and physical and mental health; and community-based participatory research. Since 1995, she has worked together with academic and community partners to establish and maintain the Detroit URC. One of the goals of the Center is to foster and support the development of equitable community-academic partnerships focused on understanding and addressing health inequities in the city of Detroit.