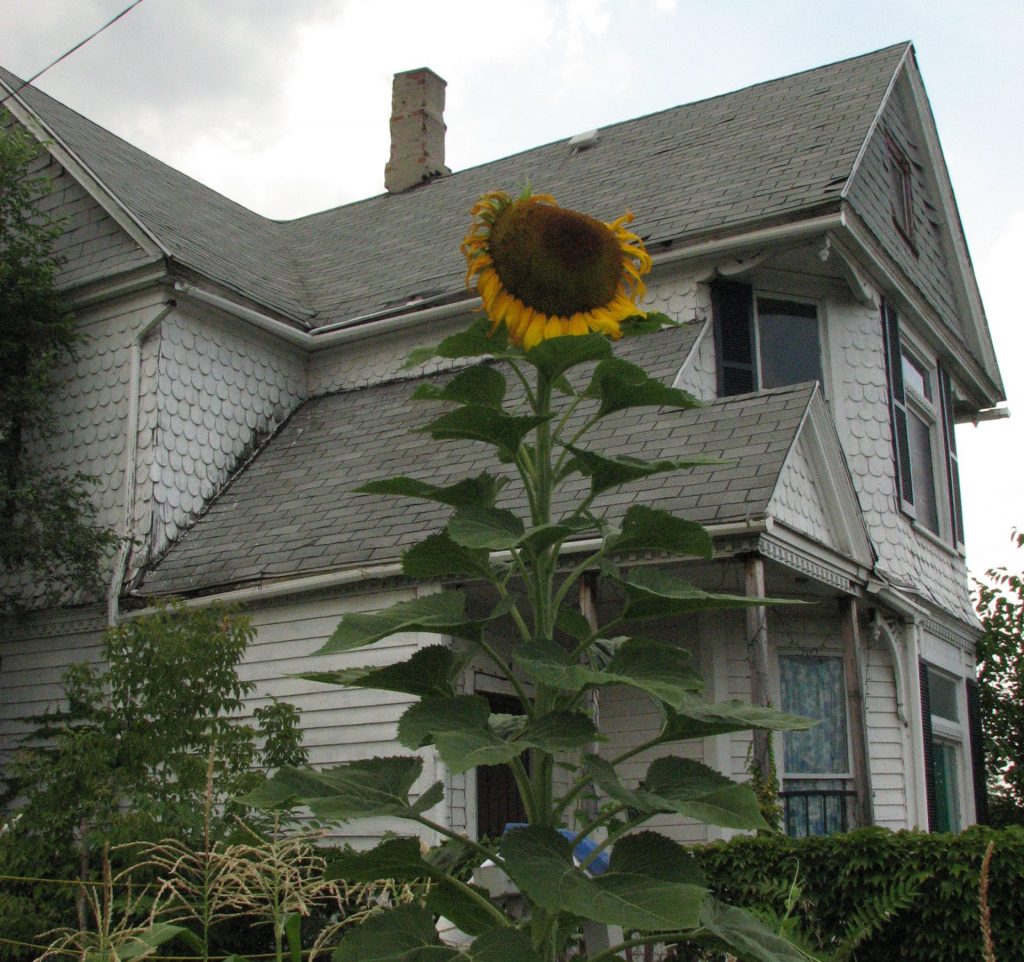 Drew Philp: Rehabbing Detroit one abandoned house at a time The house Drew Philp purchased at auction for $500 in Detroit’s Poletown neighborhood. 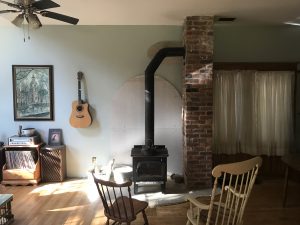 Drew Philp purchased this house for $500 and spent untold hours making it livable.

Philp at The Guardian

University of Michigan alumnus Drew Philp spent the better part of his 20s struggling to remake a trashed out, abandoned house in Detroit. What he learned by way of the long, slow project that rehabbed his life plan along the way, he shares in his book, “A $500 House in Detroit: Rebuilding An Abandoned Home and An American City.”

While hopeful, the book can also leave you with lingering feelings that it will take thousands more like him to revitalize the once great industrial city. A journalist, Philp focuses his work on inequality in the Midwest.

Tell me about what attracted you to U-M and how it informed/changed you.

The University of Michigan is the best public university in the country. I was lucky to grow up in a state that had a school of that caliber. You get a broader view of society. Blue-collar students like me could fit in. I majored in general studies because the university doesn’t have a journalism school. I took classes like documentary film, and had an amazing advisor that got me through school. A lot of my education came from outside of the classroom while working at The Michigan Daily and doing prison outreach.

You purchased the house in Poletown in the year following graduation. What felt so urgent about being in Detroit to you that it surpassed finding a job as a priority back then?

I was living down the street from the U-M Detroit Center. I was making $8.50 an hour sanding floors and gas was $4 a gallon.  I bought the house in 2009 after living in the city for a year. Then I moved to Poletown with a friend, Will. We would ride our bikes around looking for houses. 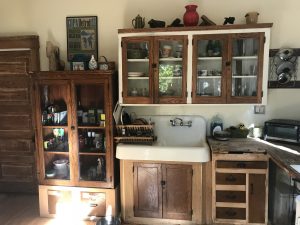 I wanted three things… a big porch, a big kitchen and a chimney… all places people congregate. I built the chimney. The house had five bedrooms and a parlour and two bathrooms. We don’t know when it was built. The city kept records starting in 1903. This was originally a Jewish neighborhood, then Italian and then Polish. They made it what it was. People who lived there were upper blue-collar workers.

The house is a bit different architecturally. It’s a Queen Anne style. The rest of the neighborhood is row housing. It used to look and feel like Hamtramck. So much has burned down, it’s really rural now. The reason Hamtramck hasn’t turned out that way is the city always welcomes immigrants. Detroit could use some of that.

What do you feel that you accomplished from 2009-2019 that has had the biggest impact on you and your community in Poletown?

I went in a different direction than a vast majority of students. That has helped me stand out more and get my message out to a broader audience. It’s hard to say what impact that has had on the city. People say Detroit is on a rebound. I vehemently disagree with that. One-third to one-half of all homes in the city have foreclosed. One in six homes don’t have water. I’ve tried to use my platform to talk about what I see happening in the neighborhoods and in the shadow of all of this money coming in. 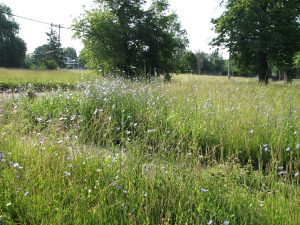 Detroit is just America with the volume turned way up. All of America’s problems are here on a larger scale. The incinerator was a very large case of environmental racism. They finally got it shut down, and that’s a big win for Detroit.

The essence of that message is we have to figure out how to live differently. My generation is looking at things differently. Climate change, wars, inequality. We need to live in a completely different way that’s holistic. It needs to happen all at once. The center of that would be community. People before profits. We need to know our neighbors. There are three men who own more wealth than the bottom half. That’s unsustainable, and it’s costing people their lives.

On your TED talk, you can’t help but get emotional when you talk about the systemic inequities in Detroit. Where does that come from?

It actually comes from the University of Michigan. I learned that you have to live where you work especially if you are doing community work. You put yourself in contact with people who you don’t see as problems to solve. When I talk about buying my elderly neighbor’s house out of bankruptcy, it is no longer a game or an exercise. They are my neighbors. 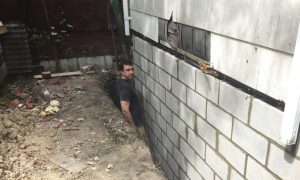 Drew Philp had to replace a brick wall in the basement of his home in Poletown.

You talk about two Detroits — the one of neighborhoods on the one side and the one of hipsters and billionaires on the other. What would you advise large institutions like U-M to do to contribute to a better life for Detroiters

Here’s an example… the Ilitches received public money for the hockey stadium. That happened a week before the bankruptcy. We gave them $400 million… money we didn’t have. For that, we could have put solar panels on everyone’s house or funded 800 new businesses. Detroit would be a very different place with 800 new small businesses. I think Detroit can be innovative. I think myself and others think we are making the same mistakes of the past. Detroit has given over $1 billion in subsidies in the past 10 years. 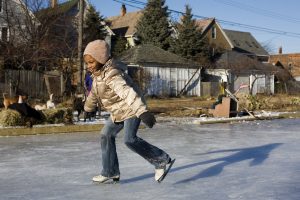 One of the things I’m very pleased with is the Charles Wright Museum of African American History, the Detroit Institute of Arts, the Detroit Library and Detroit Historical Museum…  these are places who stuck it out when times were hard. It would be good to partner with them and see where it goes. The DIA has said it wants to be the front porch of the city and in many ways it is. There are a lot of people working on these problems.

What’s next for you?

One thing I’d like to get into now is writing video games. I think there’s an enormous storytelling opportunity there that could reach a lot of people. There is a unique opportunity to reach young men right now. Gaming is on the cutting edge, and it cuts across political lines.