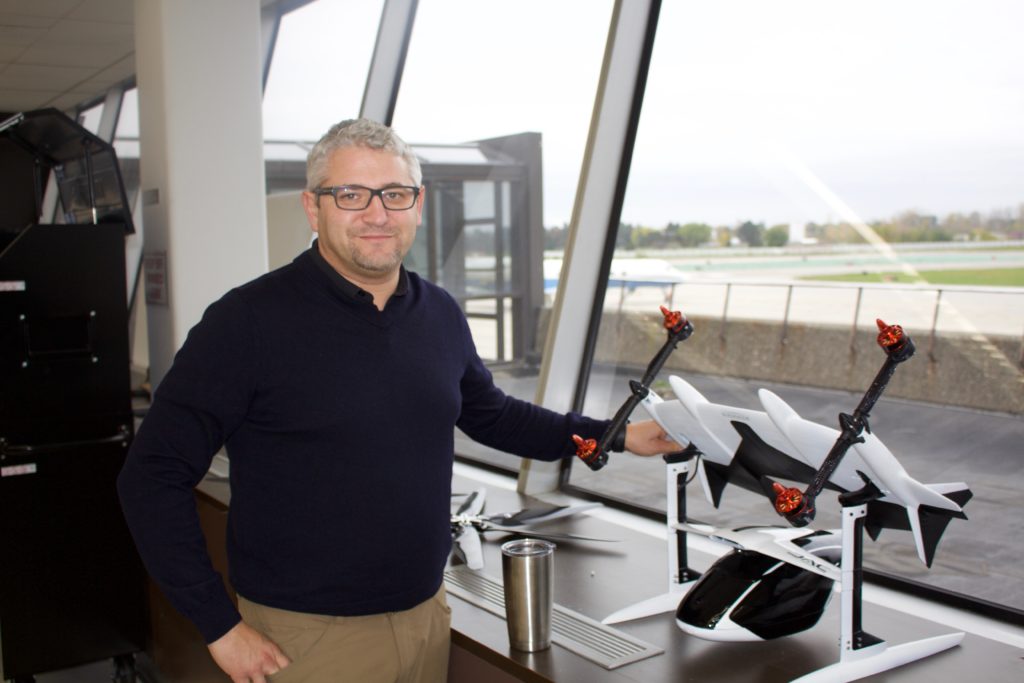 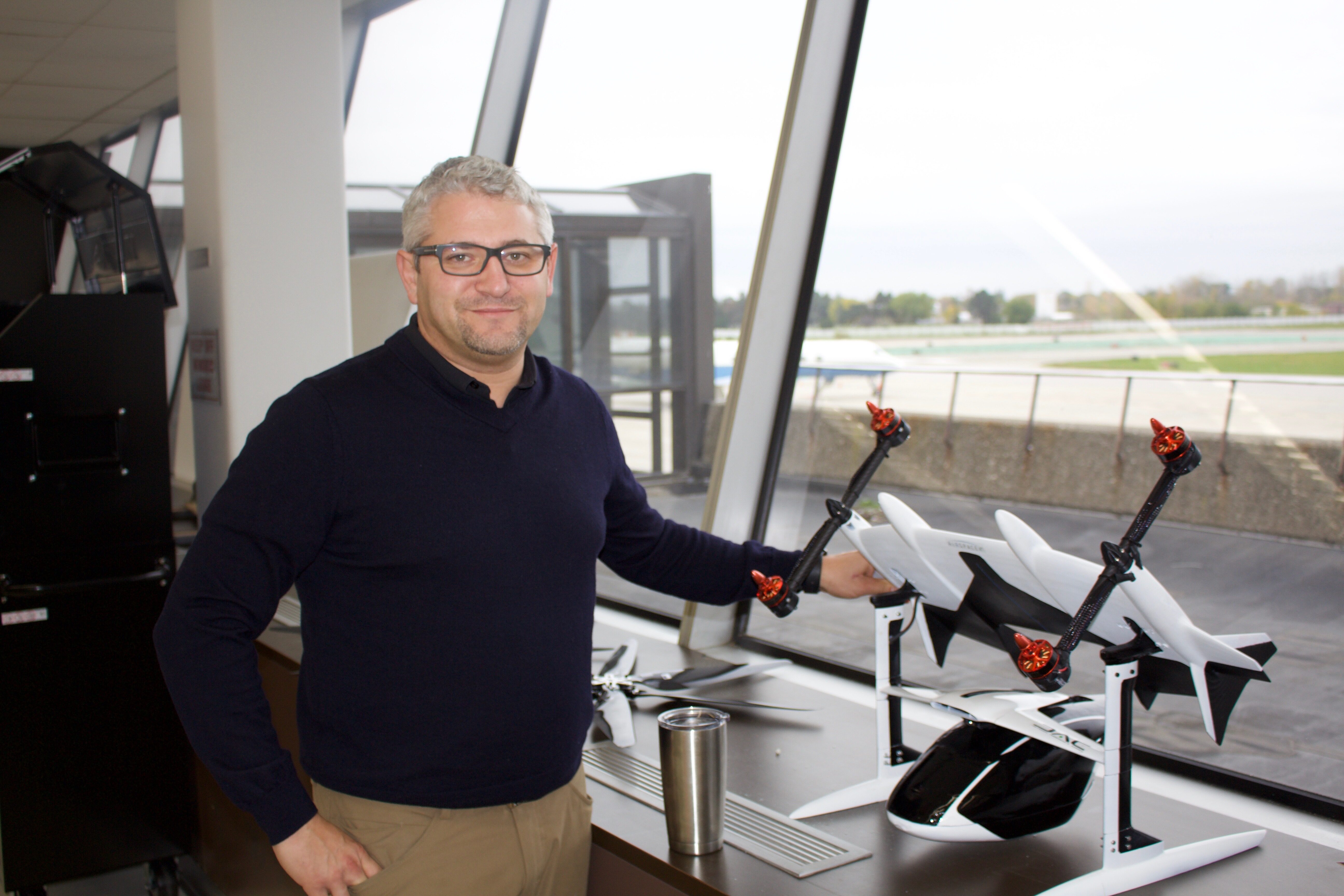 Jon Rimanelli has resurrected the Detroit Aircraft Corp., and is now developing flying cars with help from U-M students and instructors. Here he poses with a model of MOBi-ONE. 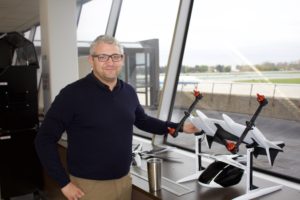 Jon Rimanelli has resurrected the Detroit Aircraft Corp., and is now developing flying cars with help from U-M students and instructors. Here he poses with a model of MOBi-ONE.

In an old airport on the north side of Detroit, the Detroit Aircraft Corporation is quietly engineering a revolution.

Jon Rimanelli is doing so with industry-shifting ideas, existing technology and a really old company.  The new vision for the Detroit Aircraft Corporation could return this century plus old company to prominence. Started in the 1920’s, the company owned famous name brands such as Ryan Aircraft and Lockheed. They built the Spirit of St. Louis and developed airports, engine plants and airplanes. They were the ‘General Motors’ of their day, until the stock market crash in 1929.  Detroit Aircraft shutters its doors, and its assets sold in 1933 with Lockheed selling off $40,000.

After over 20 years in the automotive industry, Rimanelli looked to aerospace for his next challenge. He believed that mass production or low cost aircraft would be possible since aircraft significantly less number of parts compared to automobiles. The problem was easy to identify as well: “Look at amount of brain power that’s stuck in traffic, the fuel wasted, the emissions produced, and the productivity lost – and it’s only getting worse. The population in urban cities is expected to double by 2030. The number of cars is projected to double to 500 million. There just isn’t any room left on the road for more cars.” 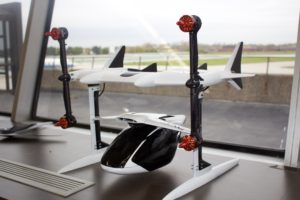 A prototype of the electric Vertical Take-off and Landing (VTOL) aircraft — the MOBi One.

Seeing an opportunity, Jon started focusing on his original mission: to move people and cargo using autonomous electric vertical take-off and land aircraft (e-VTOL).  Commonly referred to as flying cars, Jon says, “we’re not reinventing the wheel, we’re turning it sideways. We’re light weighting existing EV technology and swapping wheels for props.” Their technology is targeting 65 miles of range, carry 1,100 pounds, and travel at top speeds of 250 mph on a single charge. Their flagship product, MOBi-ONE, will autonomously takeoff like a helicopter, fly like a plane, and transport passengers or cargo between urban centers, suburbs, and airports within 65 miles.

And he’s not doing it alone.  While Jon has been researching a viable electric vehicle architecture since 2012, Uber Technologies is leading the charge to begin testing e-VTOL aircraft in Dallas, Los Angeles and Dubai by 2020.  Jon has been in discussion with Uber Elevate to become an e-VTOL, and he’s working toward a 2020 demonstration.  And, he’s got a group of U-M alums and instructors to help him.

Rimanelli’s connection to the University of Michigan is based on finding the best talent for his company. Jon recognizes the expertise, research, talent, and network that U-M can provide a small technology start up. Tapping into whatever resources he can at U-M helps him build a better, more competitive business.

Patrick Sypniewski, an Aerospace Engineering student at U-M shared, “Due to the funding provided by the 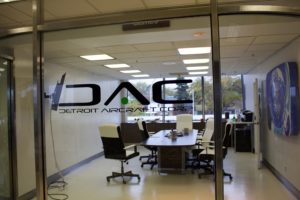 The original Detroit Aircraft Corp. went out of business after the stock market crash of 1929. It was brought back to life in 2011.

University of Michigan, I was able to experience an exhilarating opportunity working in Detroit Aircraft’s start-up environment. This position has pushed me to increase my knowledge of the aerospace industry that I could not learn from the classroom, and would not have been possible without the University’s support.” He still works for Detroit Aircraft, hired to stay on after his internship ended.

Jon shares, “MCRN funding has been very, very helpful. The talent that comes out of U-M is impressive; they are so focused. I’d like to grow the relationship with U-M – we’re still pretty small and scrappy.”