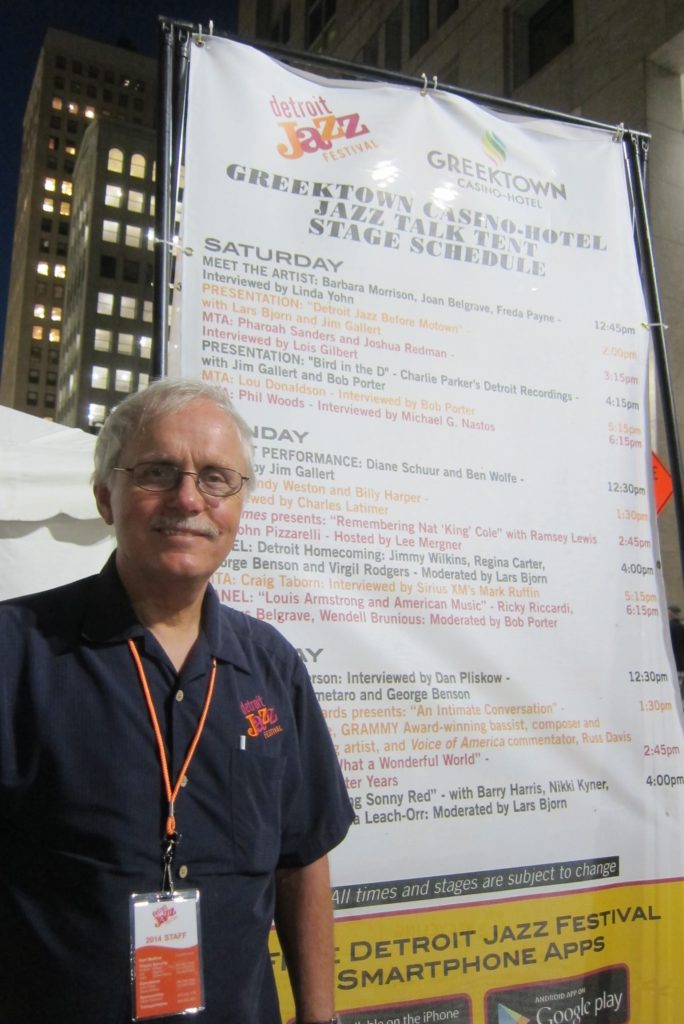 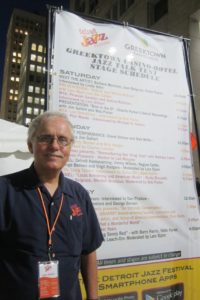 Lars Bjorn, University of Michigan-Dearborn professor emeritus,  has dedicated himself to studying Detroit’s culture for decades, focusing primarily on the city’s rich jazz history. As an expert on Detroit’s jazz scene before Motown, he and jazz radio broadcaster Jim Gallert published Before Motown: A History of Jazz in Detroit 1920-1960 in 2001, the first book written about the history of jazz in Detroit.

Jazz has been an integral part of Bjorn’s life since his formative years in Sweden. As a teenager, he would regularly attend concerts, seeing jazz greats Duke Ellington and Count Basie. After earning his PhD in sociology from the University of North Carolina in 1974, he was hired as a professor of sociology at UM-Dearborn. Surrounded by Detroit music and culture, his research interests naturally returned to his love of jazz. “If you’re a sociologist, race or class are very important, and Detroit jazz has been influenced by both,” he says.

Bjorn says that his affinity for Detroit jazz was initially circumstantial. “I started out as a political sociologist, and I taught a course on Detroit. I said I would teach about the music aspect. I knew Detroit had a great jazz scene at one point,” he says. However, his interest in Detroit jazz exited the classroom upon visiting the library and discovering “there was nothing of any substance written about Detroit jazz. So to teach the jazz part of the course, I had to do a lot of research. That’s when I discovered right away that [Detroit jazz] could be something worth researching.”

Though Motown is likely what comes to mind initially when thinking of Detroit’s musical history, much of the Motown movement stemmed from the city’s prolific jazz artists such as Don Redman and the Jean Goldkette Orchestra. This was a surprise even to Bjorn. When asked about what sets Detroit apart from other cities with a history of jazz, he says, “Detroit and Philadelphia were the two most important feeders for New York’s jazz scene. Everybody wanted to go to New York.” After discovering that Detroit was a hotbed for jazz bands during the 1920s to 1950s, Bjorn committed himself to understanding Detroit’s jazz scene before Motown through the lens of a sociologist.

Bjorn’s book Before Motown is special for several reasons. Aside from its pioneering documentation of Detroit’s jazz scene in the early 1900s, it relies heavily on personal interviews. According to Bjorn, “Sociologists are generally known for survey research, but the research I did was more about social history. The data I collected is more in-depth. It was personal and autobiographical.” Visits to Detroit’s musician’s union yielded connections with local jazz artists who could speak about the years before Motown transformed Detroit. Finding jazz clubs and performing impromptu interviews were also beneficial for the book. “There were many memorable interviews,” he says. In particular, Bjorn remembers speaking with prominent 1920s band leader “Stutz” Anderson, whose testimony of early Detroit jazz proved to be “very accurate,” despite his elderly condition.

Bjorn is still an integral part of Detroit’s jazz scene today. As the president of the Southeast Michigan Jazz Association for over a dozen years, he continues to support and encourage jazz musicians throughout the state. “The jazz scene in Detroit is getting better. It has been up and down, primarily with the fortunes of the city, but it is coming back,” he says. “It’s still a vital jazz scene.” To see jazz in Detroit, Bjorn suggests the historic Cliff Bell’s jazz club.

Bjorn’s work has not been confined to Detroit jazz. His 1982 article “Blue-Collar Blues: The Sexual Harassment of Women Autoworkers,” written alongside professor James Gruber, was the first academic publication about female sexual harassment in the blue-collar workplace. Its findings are still cited regularly in sociology journals such as Work and Occupations. Bjorn’s research career has been in the pursuit of identifying overlooked or misunderstood areas of culture, and “Blue Collar Blues” does exactly that. “We were interested in sexual harassment because it was just becoming talked about during the 1970s. It was clearly a problem,” he says.

When asked why he has spent much of his life in the Detroit area while other opportunities may have been available, Bjorn says, “It’s a very stimulating. Sociologists study social problems, and there is no lack of social problems in Detroit.”

Bjorn considers his time in academia as the avenue for intimately understanding Detroit’s musical and cultural intricacies. “After doing it for a number of years, it’s very fulfilling,” he says.

Retired as of 2014, Bjorn now spends much of his time traveling and remains active in the cultural activities of Detroit and Ann Arbor, where he currently resides. He will also be featured in the Jazz Talk Tent this year at the Detroit Jazz Festival.