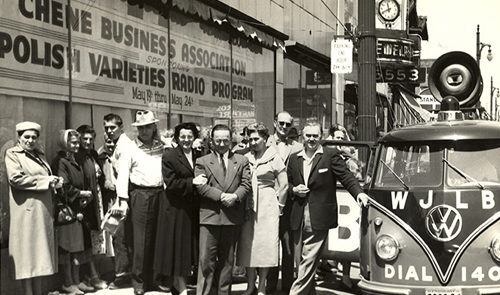 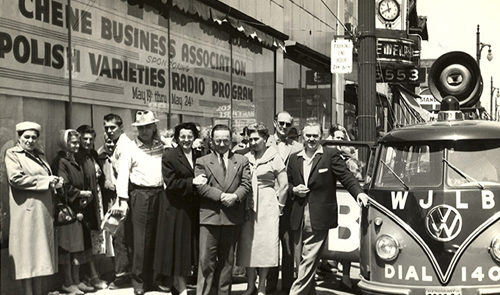 Eighty years ago Chene Street was one of Detroit’s most vibrant and inclusive commercial corridors. The thoroughfare was home to hundreds of small businesses, owned and operated by African Americans, Italians, Jews and Poles, and was within walking distance of 100,000 automotive jobs. But crime, politics, suburban sprawl and a sour economy transformed the once prosperous corridor into one of the most devastated and depopulated in the city.

Chene Street today is a far cry from its historic past, which is what inspired Marian Krzyzowsk, who grew up in the area, to launch the Detroit Chene Street History Project in 2002.

Krzyzowski, the director of the University of Michigan’s Institute for Research on Labor, Employment, and the Economy (IRLEE) and his colleagues have interviewed more than 300 Chene Street residents and collected 1,000s of artifacts, which span 1890-1990, in an effort to convey what life was like there during the 20th century.

Recently, the College of Literature, Science, and the Arts teamed up with the Jean & Samuel Frankel Center for Judaic Studies to establish a history course based on the project. 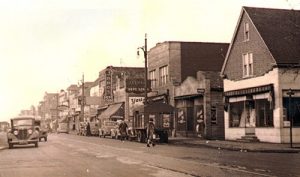 As part of their final project, students are encouraged to conduct their own research to recreate Chene Street’s history through multimedia narratives.

“Detroit is very close to Ann Arbor, and yet it seems for the students to be a whole other world,” said Dash Moore, director of the Frankel Center. “We wanted to bridge that world, but we also wanted to let students recognize how complex the world is and how it offers them real opportunities to research history that matters.”

“If you give a place a history, people will take an interest in it.”
– Marian Krzyzowski, the director of U-M’s Institute for Research on Labor, Employment, and the Economy