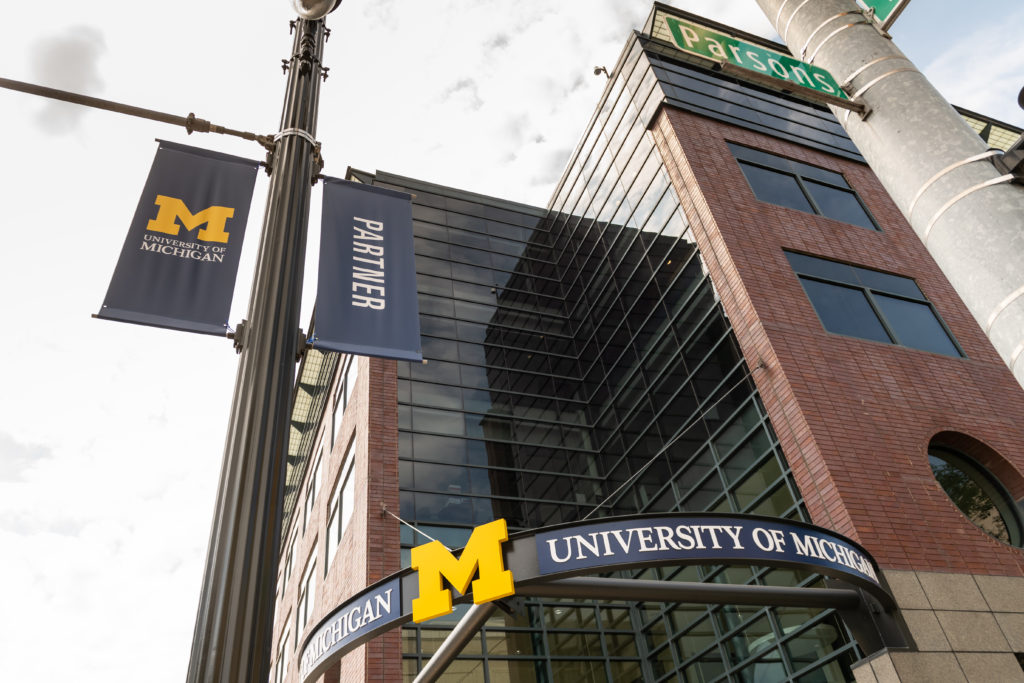 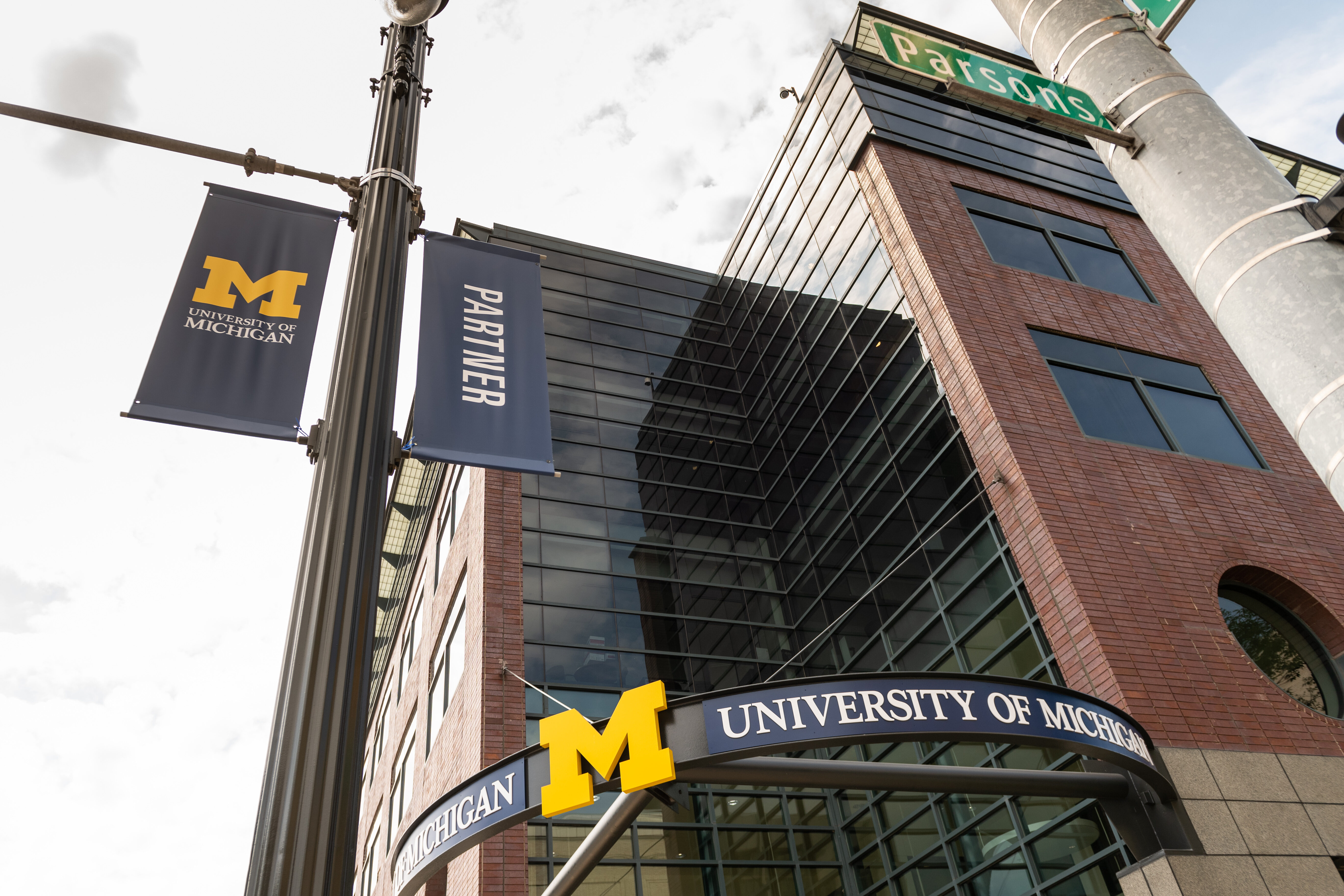 The University of Michigan Detroit Center has relocated within the Orchestra Place Building on Woodward Ave. The Block M now graces Woodward at the corner of Parsons in Detroit.

The new space, including conference rooms that can be rented by the public, boasts a completely fresh interior. It has a number of flexible spaces including a long table by the entrance where people can drop in to work. The open design includes cubes for some center staff and a separate space for U-M faculty and staff who are working on research or projects in the city.

“Our new space has much more light and places most of our meeting space right on Woodward. ” said Feodies Shipp III, center director. “Our meeting rooms have dynamic technology that allow for more variety in meeting room setups.”

The office redesign coincides with new banners in front of the building at 3663 Woodward that highlight the work U-M does in Detroit.

The banners include a series of verbs — Create, Collaborate, Engage, Innovate, Partner and Discover — and are interspersed with photo banners of U-M students and faculty doing work and research in their areas from dance to engineering and urban farming.

For example, one banner shows Anya Sirota, associate professor of architecture, at the Oakland Avenue Urban Farm in Detroit. Sirota has been working with the farm for five years to develop a vision and “guiding plan” to make it self-sufficient and sustainable.

Another shows a team of researchers peering at a microeletrode under a microscope in a biomedical engineering lab. The PhD students Ahmad Jiman, Aileen Ouyang and Zach Sperry are in the photo along with Tim Bruns, associate professor of biomedical engineering. “We are all very excited to be featured in one of the banners,” Bruns said.

His lab develops interfaces with the peripheral nervous system to restore function.

The banner with a young man in a blue shirt wearing green gloves and kneeling by a large wheel-like machine was taken of Scott Hall when he was a PhD student at U-M working in aerospace engineering. The machine is called a Hall thruster, which he says is not named after him, but is an advanced kind of space propulsion. He was a NASA fellow at that time and now works at NASA in the Electric Propulsion Systems Branch in Cleveland.

“Our goal for the banners was to reflect the vibrancy and diversity of projects and people from across our three campuses and in Detroit — from learning and discovery to community partnerships and creative work,” said Carrie Luke, a project manager with the Provost’s Office.

Cynthia Wilbanks, vice president for Government Relations, said her office has long been interested in hanging these banners. “They give a visual reminder that U-M, founded in Detroit more than 200 years ago, has deep roots in the city even today.”