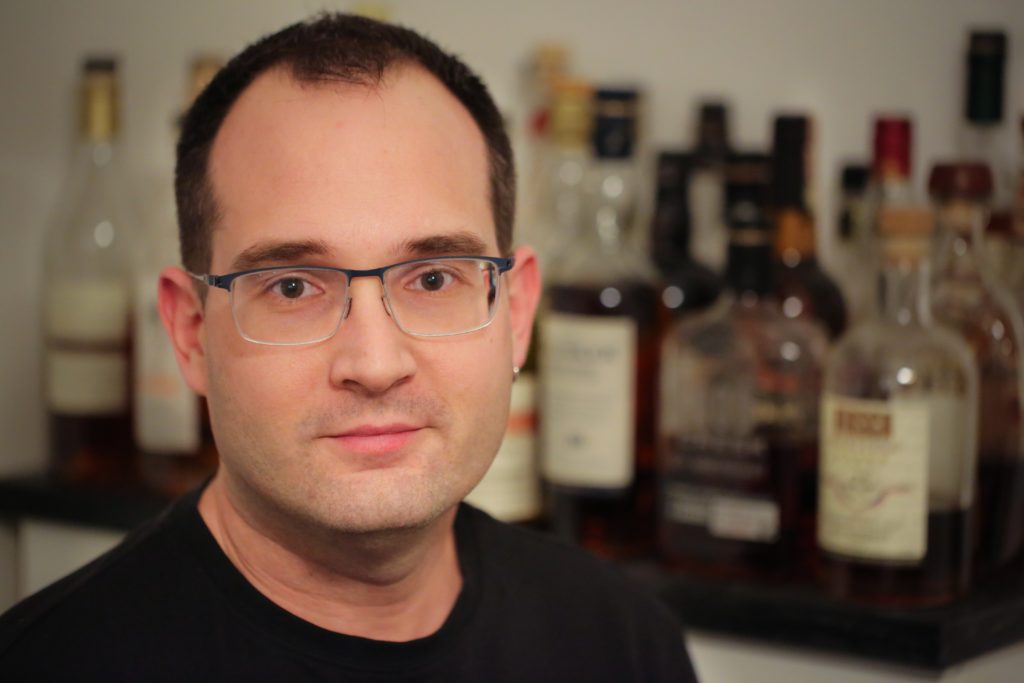 Q&A: Behind the scenes with Selden Standard’s Evan Hansen 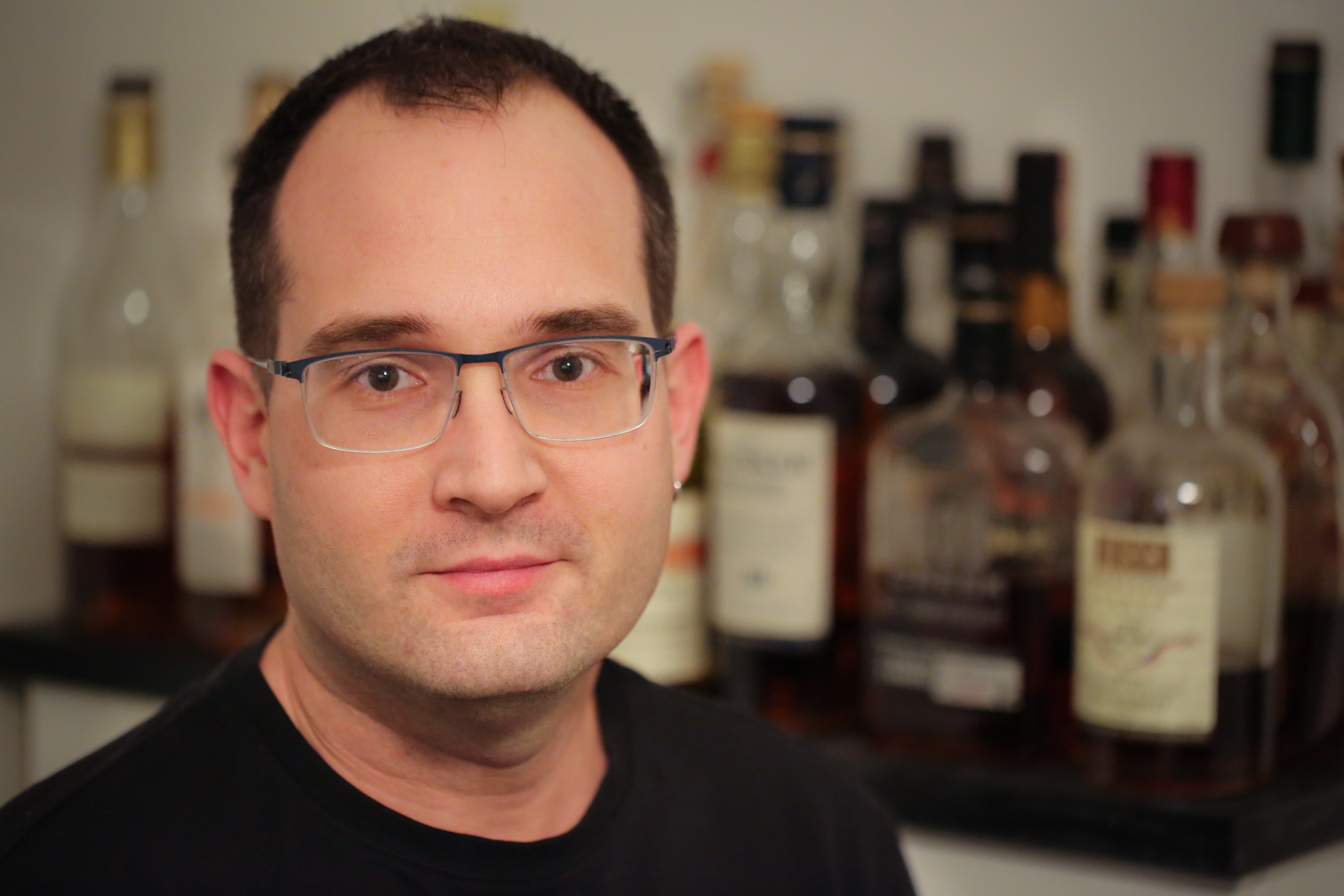 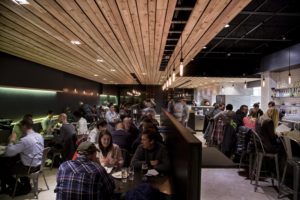 Selden Standard is known for its sleek interior, its celebrity chef Andy Hollyday and the beautiful food served within its sleek walls on Second Avenue in Detroit. Let’s just say that its Roasted Cauliflower and Charred Octopus have earned rave reviews from foodies locally and around the nation.

Behind the scenes, University of Michigan alum Evan Hansen has worked tirelessly with Hollyday to create a dining experience that focuses on quality, locally produced dishes that satisfy the eye, mouth and soul. It’s a labor of love for 39-year-old Hansen and his business partner Hollyday, the three-time semi-finalist for a James Beard Award, which is like an Oscar or Grammy for the culinary world. 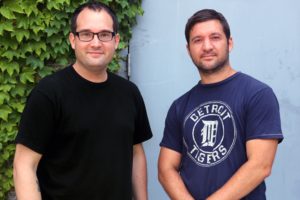 Hansen, who graduated in 2001 with a degree in English and biology, learned the basics of beer, fine dining and marketing while he was a student and employee at U-M. He worked in web design and then marketing and communications for the university for 11 years, where his last role was as director of marketing & communications for the College of Literature, Science, and the Arts.

It was in Ann Arbor where he started to dream of what a high-end restaurant that specialized in the things he loved — such as beer and craft cocktails — might look like. Today, Selden Standard is among those eateries giving Detroit its well-deserved reputation for fine dining as well as slavish attention to design, customer experience and community engagement.

Q: What is your first food memory? Who did you cook with the most as a kid?

HANSEN: Some of my earliest food memories are really more about the people I was with – walking along Jefferson Avenue along Anchor Bay to go to Dairy Queen with my grandparents, riding my bike to the donut shop with my dad, going to Luigi’s to get pizza with my family. But my mom is a talented cook, and I grew up eating pretty delicious food most days. And today, while I obviously have no role in the kitchen at Selden, I really do love to cook at home. I generally make dinner at home six nights a week.

Q: Where did you like to eat when you were at U-M? What was your worst or best meal there?

HANSEN: When I was a student at Michigan, I had a few spots that I preferred to frequent. My friends and I would eat or get beers at Ashley’s or the Heidelberg pretty often. Or we liked to play darts after dinner at Arbor Brewing Company. I’d been homebrewing my last year of school, so I was mostly interested in places that offered a solid beer selection. Then around graduation in 2001 is actually the first time I ever thought about opening a restaurant: dreaming about a sort of high-end beer bar with interesting food that went a bit beyond burgers and all the other fare that was common at the time. Shortly after graduation, like in 2003 or so, I started finding my way to places with more of a food and wine focus – eve, Pacific Rim and so on (two well-regarded Ann Arbor restaurants).

Q: Why marketing? Did you memorize jingles?

HANSEN: I sort of fell into my marketing work at the university. The short version is that I was a self-taught front-end web developer – basic graphics, HTML, JavaScript, and that sort of thing – and I got a temporary job in the LSA dean’s office doing that work. But my strengths were really in writing and, as it turned out, strategy. So I was fortunate to work with people who really encouraged me to explore those things professionally. I really enjoyed the team there and the creativity involved in most of the work we did. After serving in a few roles there, I wound up spending about six years as director of marketing in LSA until I left to open the restaurant. It was extraordinarily fun to collaborate with a great group of people on creative projects, whether it’s to recruit students or thank donors or whatever the case might be. In a lot of ways, those are still some of the things I enjoy in a restaurant setting too.

Q: Who and where inspires you most in Detroit?

HANSEN: Detroit is full of inspiring people and places: One of the benefits of having a business here is that we get to meet so many interesting people doing interesting things. Whether it’s organizations like Cass Community Social Services or Alternatives for Girls; or a longtime resident buying up and cleaning up houses to improve their block; or friends opening a coffee shop; or people pursuing dreams of having their own farms, there are countless stories of people doing numerous important or interesting things.