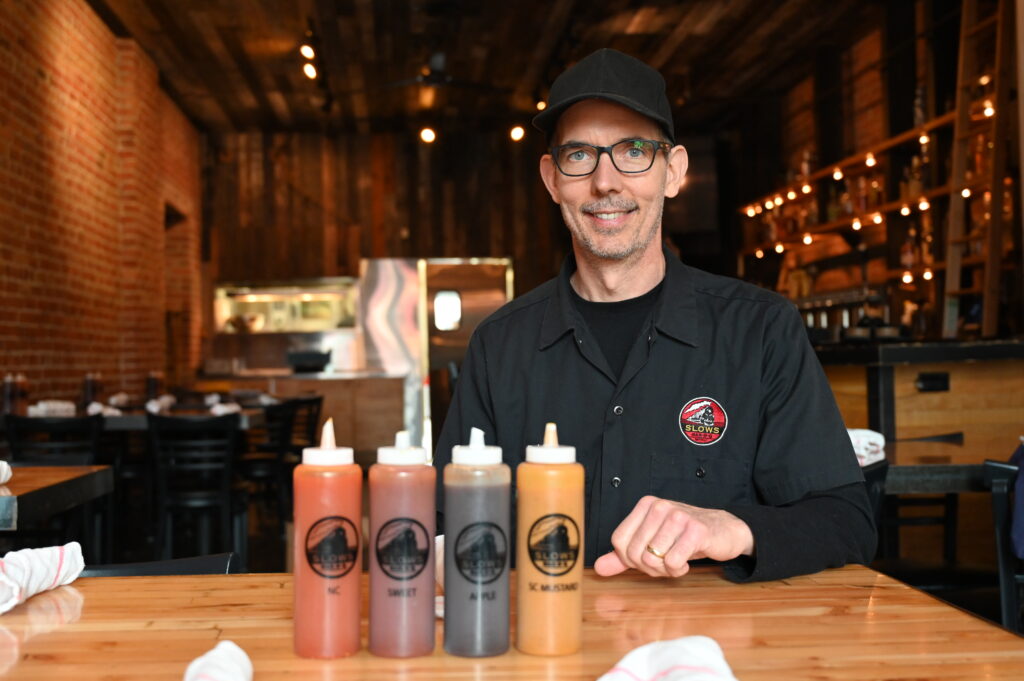 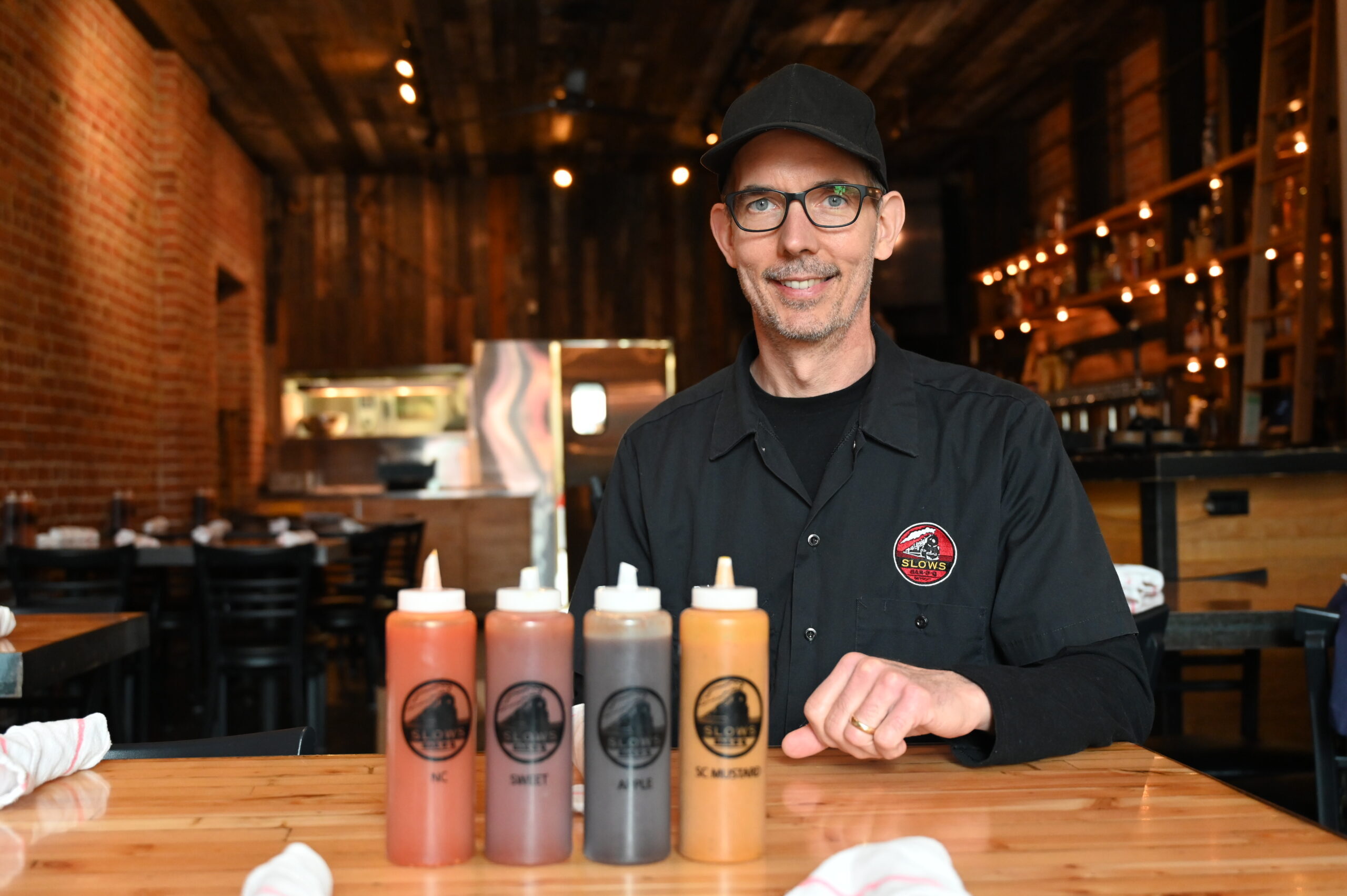 Surviving the pandemic as a restaurant owner takes fortitude, creativity and sheer resourcefulness. After a brutal two years, Slows Bar BQ in Corktown finally returned to seven-days-a-week operations in early April. University of Michigan alum and Slows Bar BQ Co-Founder and Executive Chef Brian Perrone has been serving up his award-winning mac ‘n cheese, baby back ribs, brisket, pulled pork and the Yardbird — dubbed a “Best Sandwich in America” by Adam Richman– for over 15 years.

Brian’s brother, Terry Perrone, who also graduated from U-M with a degree in English, joined Slows in 2006 as managing director.

With all of the Slows restaurants back and operational, Brian Perrone dishes about his early days as a student and more.

As a psychology major at U-M, you worked at a variety of restaurants in Ann Arbor. Tell us about your first forays into the restaurant industry.

The first was at Good Time Charley’s where I worked in the dish tank and got my butt kicked. I didn’t know how to be efficient and keep up with the dishes. I would get all wet and covered with food. It was hot and damp. I had no idea how to be good at it. I was a terrible dishwasher back then — I’m really good now. Needless to say, the job wasn’t very long-lived. I then went to Blimpy Burger where I loved the food and did everything. I was a cook at Touchdown Café where 50-cent Wings Night was very popular. I loved being in the kitchen there. Maude’s was my first real-line cooking job. It was a fun job but working Art Fair was a killer. That’s where I learned how to sauté and work the grill. I really enjoyed the adrenaline of working on the line. Maude’s was the first place where I served ribs. 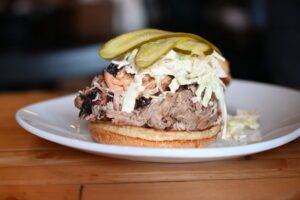 After graduating from the Cooking and Hospitality Institute of Chicago, you moved back to Detroit and started out as a sous chef and then chef de cuisine at the No. VI Chophouse in Novi. Then what happened?

I got burned out. I decided that if I was working that hard, then I wanted to work for myself. I met Phillip Cooley at the Lager House in Corktown. I was operating a pop-up burrito stand and Phil was working there as the janitor. He said ‘Hey, I bought a building in Corktown.’ And I said, ‘Hey, I want to open a restaurant.’ Our first job was digging out the basement to the lower floor by hand. Things took forever and we still had no concept for the restaurant. My brother, Terry, was living in Boston at the time and loved this one restaurant that had a relaxed atmosphere, good beer and barbecue. We said, ‘Eureka, that’s it.’ In February 2004, we hosted a birthday party for Phil, and I made mac and cheese, coleslaw, baked beans and ribs. Everyone was blown away by the food. That sealed the concept for us.

Your flagship restaurant, Slows Bar BQ, opened in Corktown in 2005 followed by Slows To Go in Midtown five years later. You opened another Slows Bar BQ restaurant in Grand Rapids in 2015 and a food truck that same year. Plus, you have two stands in Ford Field. Where can Michigan fans find you in Ann Arbor?

In November 2021, Slows Bar BQ opened a concession stand at Crisler Arena for men’s home basketball games. We’ve operated as a guest restaurant at U-M Hospital’s MCafe for several years but stopped service when Covid started. We’re hoping to begin serving food again at MCafe as soon as we have sufficient staffing. We’ve also had our Food Truck at football games at the Charity Beer Garden sponsored by the Cancer Support Community of Ann Arbor, at Art Fair and the Ann Arbor Summerfest/Top of the Park. In the past, we were at the Ross School of Business as a guest restaurant in the Seigle Cafe. 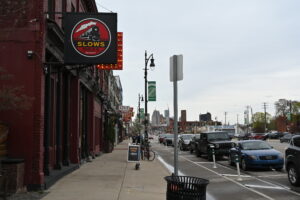 How did you survive the pandemic?

We closed Corktown and Grand Rapids down for six months which was a big loss of revenue. We were very fortunate to be a part of the Michigan Paycheck Protection Program which helped out a lot and kept us going. We took care of our employees as best as we could; our teams’ safety is always our number one priority.

We finally reopened in September 2020 just before what would have been our 15th Anniversary. When the order came to shut down indoor dining in November 2020, we covered our patio, added a heater and fed the hearty souls that braved eating outside between November and the reopening of dining rooms in Feb 2021. Corktown was open five days per week for most of last year. On April 4, we finally got back to service, seven days a week. And, we have over 120 events booked for the food truck and lots of catering from events that had to be cancelled but are now ready to go, so that’s very fortunate.