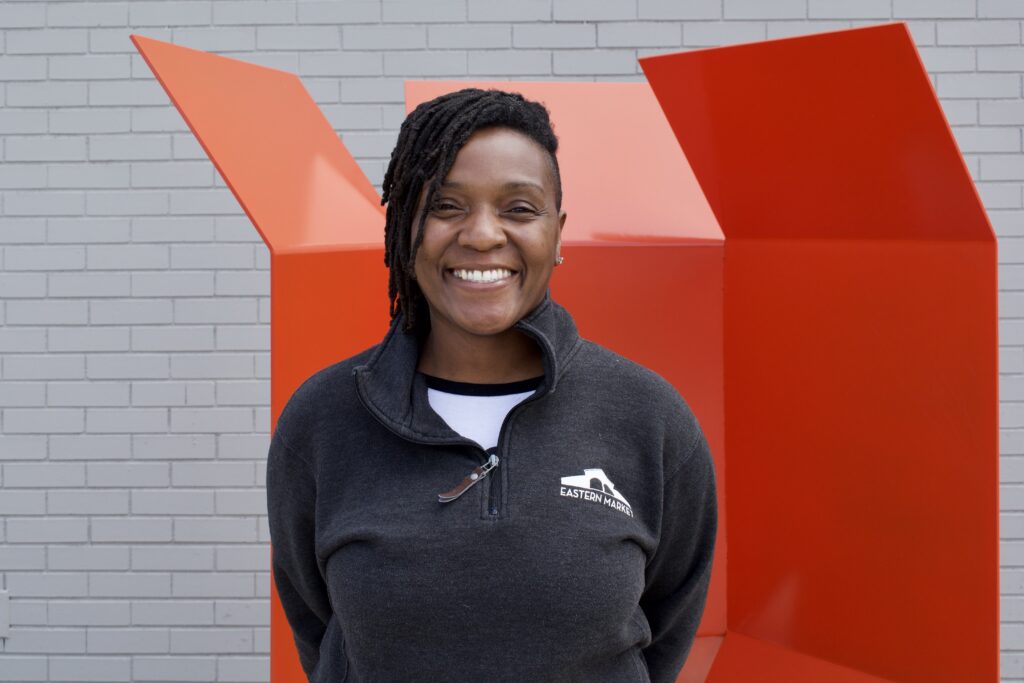 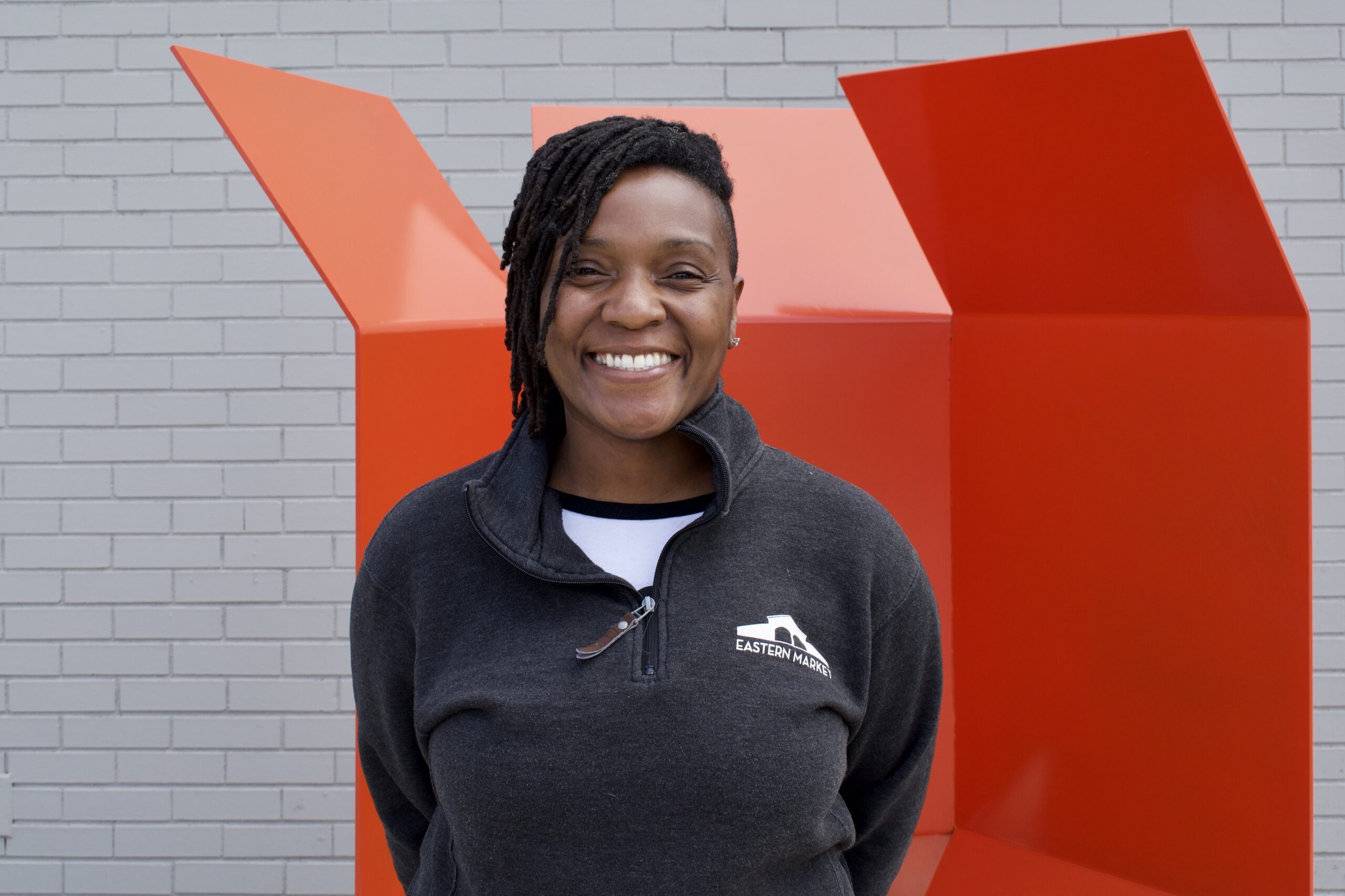 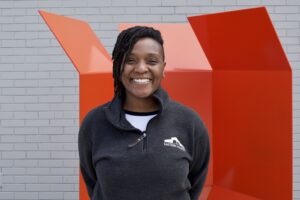 Patrice Brown always has been passionate about the health and wellness of Detroit residents. A graduate of Detroit’s Crockett Technical High School, she attended the University of Michigan on a Coleman A. Young Scholarship and had planned to go on to medical school. But after meeting local legislators and policymakers through the scholarship, she changed her major to political science — and it has led to her making a healthy impact on her hometown.

Today, Brown is senior manager of the Community Food Network at Eastern Market Corp., which operates programs that increase people’s access to healthy food. She’s come full circle from her teenage years when she wanted to work in health care. “I am still focused on health and wellness, but using food in that respect,” said Brown, who is working on her J.D. at Western Michigan University’s Cooley Law School.

You have quite a diverse and impressive work history — what brought you to Eastern Market, and how do those past experiences support you in the work that you are doing today?

I worked in the political arena for state Democrats and legislators, and I became burned out. So I took a job with the University of Michigan Ross School of Business in the recruitment office, and I learned so much about different industries. But I wanted to come back home to Detroit — I did a lot of traveling as a single mom when I was at the Ross School, and I was a caretaker for my mom, who struggled with food-related diseases. I was accepted for the food and health fellowship that Eastern Market hosts every summer. As the people who were operating the program were transitioning on to other things, I moved into the program and have grown internally from an entry-level role to now senior manager for Detroit Community Markets.

Please tell me more about your role and the impact that it is making on the city of Detroit.

We provide additional food access points in the city and resources for community members. These include farmers markets, farm stands and food box programs (there are 19 markets and road-side stands throughout the city). We help people get signed up for Bridge Cards and show them how to grow their own food. All of these aspects have a substantial impact not only in the food security space, but also in the social justice space around the issues that have an impact on how people live — water justice, social justice as far as health and wellness and food justice.

What would you say is the biggest challenge in increasing access to food in the city of Detroit?

One big challenge that we’re attempting to address is that people don’t have adequate transportation to get around to farmers markets. They need markets in the communities where they live so they can walk outside their front door, get some value-added products and go back home. Transportation is an ongoing issue, and we haven’t yet figured out right formulas to address it.

Eastern Market is historic — it is over 130 years old, and it’s a place that farmers have relied on, especially during the pandemic. We also offer entrepreneurs who desire to get in the grocery stores something that we call acceleration. One of our buildings is a food accelerator; we have six to 10 makers that go into that space with their food products. A lot of people come to Eastern Market for those services and it follows a trajectory that the makers are able to grow in our space and then grow into their own spaces.

Where do you see Detroit in the coming years when it comes to improving food access to underserved residents? What needs to happen?

One thing we’re doing is seeking to expand food processing in this region. Food processing for so long has been set in rural areas, and with the pandemic we saw the negative impact of that. We’re now bringing small-batch processing right to the Eastern Market district. We also need to be sure that Black farmers incorporate into the food system. We’re seeking to make connections with Southern Black farmers to see what the Southern folks can do for the Northern folks, especially in the wintertime. It really makes sense for the food system as a whole.

How do your efforts impact the state as a whole?

We want to bring food security to residents in the region, and the regional work will impact statewide work. What it looks like today is bleak, but what it will look like 15 years from now is where I want to spend my time. We need to close that gap. I want to spend the next 10 to 15 years addressing the issues in the food insecurity space to give more Michiganders the food security that they deserve.