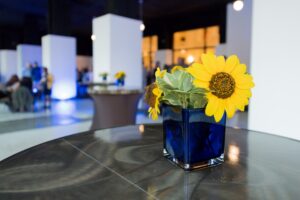 The University of Michigan is set to begin a multifaceted, years-long project to study, document and better understand the university’s history with respect to diversity, equity and inclusion — with the history of race and racism at U-M as its first major focus.

President Mary Sue Coleman said the project will be designed to engage the present and future U-M communities in a way that brings forth tangible and thought-provoking discussions, ideas and actions.

“As our country undergoes a long-overdue reckoning about race and the treatment of African Americans and people of color, it is critical for the university to also hold up a mirror to itself. Our history is remarkable yet also flawed,” Coleman said.

“With the Inclusive History Project, we pledge to develop a more truthful and inclusive narrative about our institution’s past. Only then can we move forward as a genuinely equitable community that acknowledges and celebrates all its members.”

The project is, in part, an outgrowth of the university’s 2017 bicentennial commemoration and other efforts that have previously explored elements of the university’s past. These include the Stumbling Blocks exhibit in the Presidential Bicentennial Colloquia Series, the Bentley Historical Library’s effort to create a census of all African American students to 1970, and the process for reviewing historical names on buildings in response to community requests.

Two leading university scholars will chair the first phase of the project: Elizabeth Cole, professor of women’s and gender studies, psychology, and Afroamerican and African studies; and Earl Lewis, the Thomas C. Holt Distinguished University Professor of History, Afroamerican and African Studies and Public Policy. They will co-chair the project’s framing and design committee. 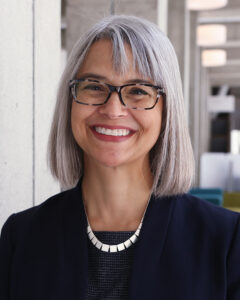 This committee will be responsible for determining — in close partnership with the Bentley Historical Library — the necessary historical and benchmarking analyses to map the scope and next steps of the project. That will include charting a process for robust and broad community outreach and engagement. The group will include current and former U-M faculty members and other experts, and is expected to be announced in the fall. 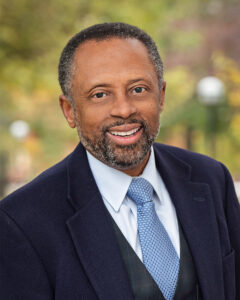 “Deep engagement with our internal and extended external communities, such as the African American community in Detroit, Native American tribes in Michigan and multiple generations of alumni and staff families, is fundamental to a fuller understanding of our past and the contemporary effects of our history,” said Lewis, who also leads the university’s Center for Social Solutions.

“As the university celebrated its first 200 years — while still president of The Andrew W. Mellon Foundation — I invited the institution’s leadership to fully embrace its past as it charted pathways to a shared future. This project is the next step in that process.”

Cole said the stories U-M tells about its history are an important part of its institutional identity.

“As U-M embarks on the second phase of our diversity, equity and inclusion strategic plan, it’s more important than ever that these stories reflect a full and accurate understanding of the events and the people — all of the people — who brought us to the present moment,” she said.

The co-chairs said the range of possible outcomes of the project include:

The university will hire a senior project manager to provide administrative coordination and leadership for the project.

The university was established in 1817 in Detroit as the University of Michigania. That same year, the Treaty of Fort Meigs forced the surrender of Native American land for use by the university, including a pledge to educate tribe members’ children.

“For years, the University of Michigan has been engaged in efforts to help us become more diverse, equitable and inclusive,” said Robert Sellers, vice provost for equity and inclusion, chief diversity officer and professor of education and psychology.

U-M joins a number of other institutions, including Brown, Emory, Georgetown, Harvard and Johns Hopkins universities, as institutions working to lead their campus communities toward a more universally shared understanding of their historical past.

Cole and Lewis plan to convene a meeting, likely in the spring of 2023, of institutions across the country that are engaged in this work.