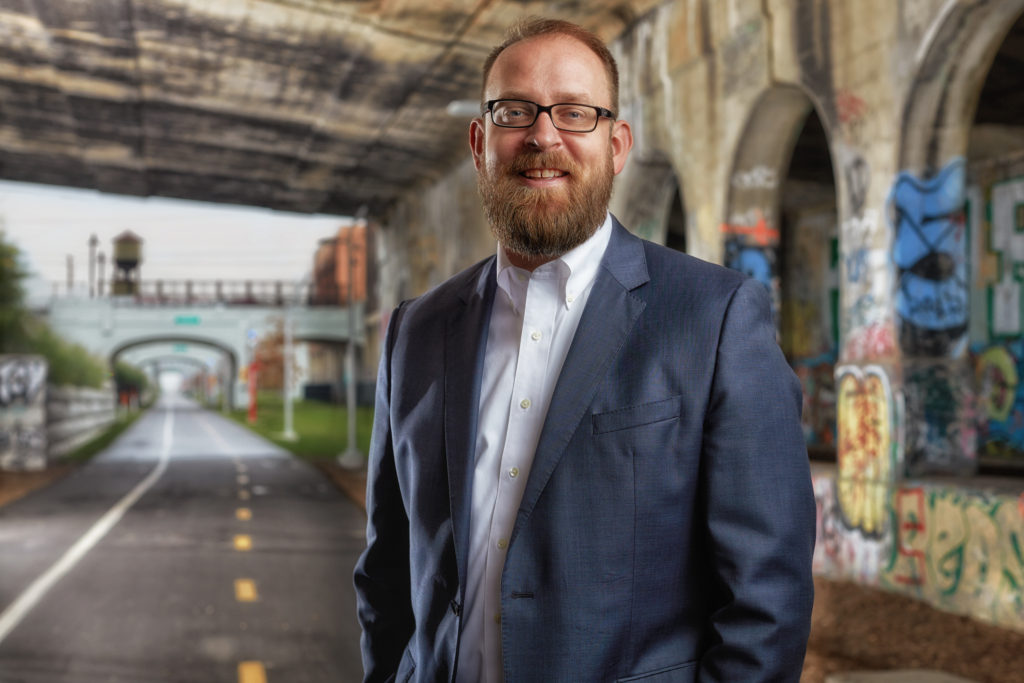 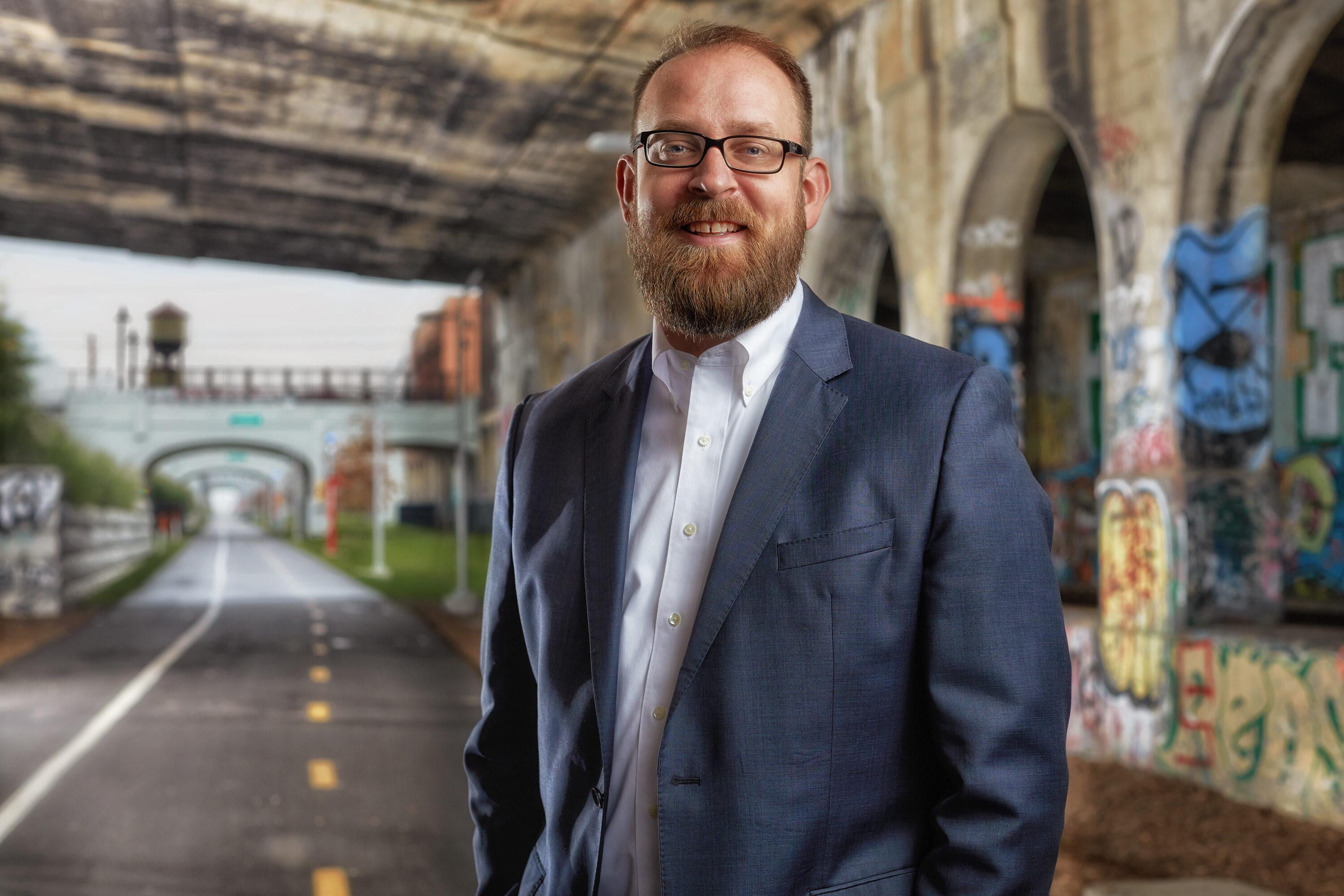 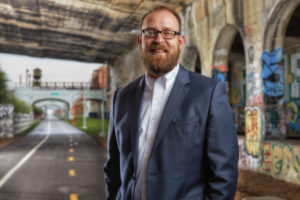 Looking out over the Detroit River from Mark Wallace’s 17th floor Renaissance Center office can be a little overwhelming. As you take in the scene from high above all that blue water stretched out on all sides, it’s easy to be awed.

The same goes for listening to Detroit Riverfront Conservancy President and CEO — and University of Michigan Gerald R. Ford School of Public Policy alum — talk about all the work the nonprofit organization has ahead of it over the next several years.

Just as impressive are the stories of how those plans came to be. Since Wallace took the job five years ago, he has continued the conservancy’s practice of “radical transparency,” inviting the public to observe and give feedback on everything from planning sessions to design firm interviews.

“Those conversations are almost always held behind closed doors, and the elites or the funders will walk out from behind the curtain and tell the community what they’re doing for the community instead of working with the community through that process,” Wallace said.

Not so here. Plans for the recently renamed Ralph C. Wilson, Jr. Centennial Park are getting down to the details, such as sidewalk dimensions and build materials, but in the beginning, Wallace says residents weren’t sure what to ask for without seeing some examples. So they assembled an advisory board of 21 that reflected the community in terms of age, race, and income. The conservancy created groups of advisors and flew them to Chicago, Philadelphia, and New York, for 48 hours of “going from park to park to park.”

Not every victory comes with a splashy headline or sizable grant. Last month, construction started on a new section of RiverWalk through the marina in front of Riverfront Towers. Early maps for the RiverWalk had all included a “bypass” around the gated community. But last year, after a series of conversations with community members and the property’s owners, a pathway was identified to build a boardwalk along the water’s edge. “And that’s a miracle,” Wallace said.

“It’s going to be a very positive thing for everyone involved, and it’s also a very big change.”

Wallace grew up in small towns in Michigan, but his family had a long history with Detroit Public School, as students, administrators, and teachers. He first got involved in the city though volunteer work with his church. He loved working with kids in the city but had a hard time seeing how few resources they had available. “Many of them didn’t have any after school activities or summer activities. Their lives were very isolated and very hard,” he says. “That was always in the back of my mind.”

After graduating from Princeton, Wallace moved to Detroit, where he briefly worked as a teacher. Deciding that he needed to make a career change, he went back to grad school at U-M to “reassess” how to be useful. “It had always been a priority of mine to do something to make life better for those kids and the families who live here.”

While at the Ford School, he learned about the Detroit Riverfront Conservancy from its founder — Matt Cullen (a U-M alum) — when he came to speak to his applied policy seminar. After graduating, Wallace took a job in commercial real estate, where one of his roles included working as a project manager on the Detroit RiverWalk, under the Conservancy’s founding CEO, Faye Alexander Nelson (also a U-M alum).

“I ended up working real estate for 10 years, and then this opportunity presented itself. It’s my dream job,” he says. “I’m able to see some of the transformation I was interested in as a real estate developer, and I’m also able to see the impact on the lives of children and families in the city of Detroit.”