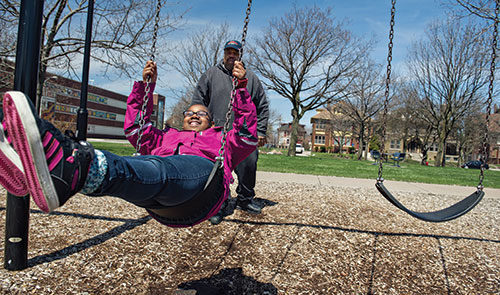 The Detroit Center for Family Advocacy 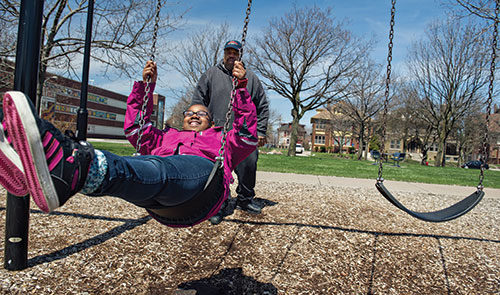 Since its founding in 2009, the CFA has achieved high rates of success in its efforts to keep kids out of foster care and with family members, according to a report released in 2013 by an outside evaluator. The report found that the CFA was able to meet its legal objectives in more than 98 percent of prevention cases—those in which the Department of Human Services had not removed the children from their families but had substantiated an abuse or neglect incident, and in 97 percent of its permanency cases—those in which a child was living with a non-custodial parent, relative, or foster parent, and some legal impediment was preventing the child from staying in the home permanently. “We’re pleased with these outcomes because they show that our approach is working, and that it is an effective way to keep children out of the child welfare system,” says CFA founder Vivek Sankaran, a clinical professor of law in the Law School’s Child Advocacy Law Clinic.

The CFA model works like this: An attorney from the center partners with a social worker and family advocate to remove legal barriers and safety risks that otherwise might cause a child to be put in the foster care system. The center serves Wayne County, home to one-third of Michigan’s foster children and half of the state’s permanent court wards. So far, the CFA has served 409 children from 224 families. Most of the cases are referred to the center by the Michigan Department of Human Services. “CFA is a pioneer in using this approach,” says CFA Executive Director Robbin Pott, “to serve low-income parents and relatives in an effort to keep families together, and to keep children in a safe, loving environment.” She adds that the high success rate of the center’s cases occurs “because in most of these cases, just a relatively small amount of help is needed to keep kids with their families.”

The legal issues the CFA has helped families to resolve have included landlord/tenant disputes, in which a child’s home has been deemed too risky because of problems that a landlord needs to address; divorce proceedings that are needed to enable a grandparent to adopt a child in his or her care; a custody order needed by a non-offending parent; and many more.

The CFA is funded, in part, by the state’s Child Care Fund, but the center still must come up with about $200,000 a year from foundation grants and private donations. Sustaining the center always is a challenge, Sankaran says, even though the savings from this approach to supporting children are significant. Return-on-investment is difficult to calculate, but the outside evaluation of the CFA found big savings based on conservative estimates. If children from 25 percent of 110 prevention cases otherwise would have entered foster care and stayed for the national average length of stay (about 21 months), the cost avoided by the Michigan child welfare system would be $1.3 million. That figure doesn’t include permanency cases, which would make the return-on-investment much higher.

Sankaran points out that foster care still will be necessary in some child welfare cases, but that it should be avoided whenever possible because of poor outcomes such as increased risks of homelessness, unemployment, and other issues later in life, “not to mention the emotional scar from being removed from their families. “The system has been throwing away money for poor outcomes,” Sankaran says. “In reality, foster care should be considered a last resort, like chemotherapy for a cancer patient.”

“Without this center, I would have lost my children.”
– CFA client