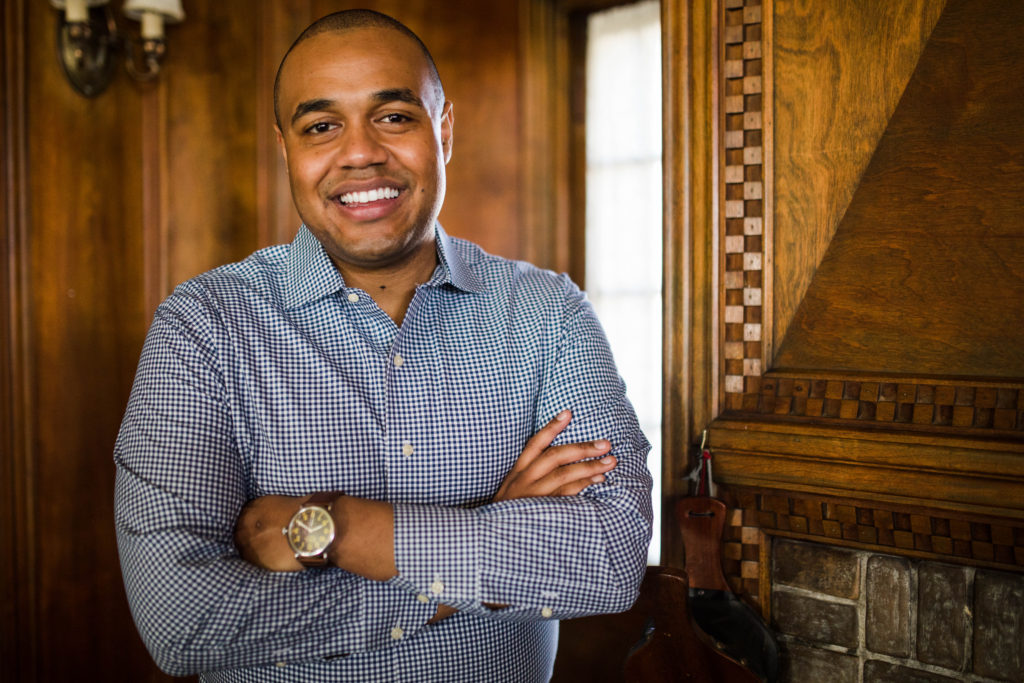 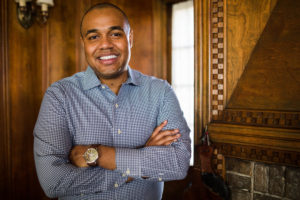 After failing to make his seventh grade basketball team, Dexter Mason’s parents encouraged him to pursue his love of sports from the business side. They told him, “You might not make the NBA, but you can run a team, you can own a team, you can work for a team when you get older.”

That hasn’t happened just yet, but Mason, who went on to study sports management at U-M and Georgetown, did work with every major sports league in America during his recent tenure as director of events and marketing at the Ross Initiative in Sports Equality (RISE). The national nonprofit organization founded by U-M alum and philanthropist Stephen M. Ross works to promote racial equality and social justice through sports and is headquartered in New York with a Midwest office in Detroit’s Corktown.

In his young career, Mason has also worked with some other great teams: as a student manager with John Beilein’s 2013 Final Four squad and a staffer in President Barack Obama’s White House. In April, he received the U-M Detroit Center’s Emerging Leader Award. In July, Mason left RISE and became special assistant to the president at the Kresge Foundation.

When did you first become aware of the role sports can play in improving racial equality?

Growing up, I always had a passion for sports, and I had a passion for public service and government and politics. I honestly didn’t know they mirrored each other until maybe my senior year in college. I was very inspired by President Obama’s election and reelection. That’s why I decided to move to Washington and get more experience in politics and government and service.

How did you end up working in the White House and what was that experience like?

As an African-American male, having the opportunity to work for the first African-American president was a true honor. When I was in graduate school at Georgetown, I had an opportunity to intern in the Office of Public Engagement with the Private Sector Engagement Team. That allowed me to see how the government and private sector can work together to make good in society, create jobs, et cetera. A year later, I was hired as a staffer. That role was more logistics, event planning, event coordinating; executing a lot of major events that happen at the White House complex.

What kind of programs were you responsible for in your role at Rise to Win?

Some programming includes Champions of Change, our campaign promoting racial equality and social justice at very large-scale sporting events. We created a fan experience to help fans understand the historical intersection of sports and social justice, to hear different perspectives from players, and to take some action afterward, whether it’s registering to vote, pledging to vote, or taking other action steps. Our Rise to Vote initiative promoted civic engagement and voting information to fans, players and teams.

How do you see sports making a positive difference?

Sports is a big common denominator. It doesn’t matter what socio-economic background you are, race or religion. There are so many institutions in our society that divide us, but sports can really bring people together. In the last few years you’ve seen athletes using their platform more for social issues, whether it’s the Women’s National Soccer Team or NBA players or NFL players. You’re starting to see athletes talk about different social issues and filling some of the gaps that government should.

What did winning the U-M Detroit Center’s Emerging Leader Award mean to you?

I would not be who I am today if it weren’t for the city of Detroit and U-M, so to be honored by the Detroit Center is one of the greatest honors of my life. The room I received the award in was actually the same room where I had orientation for U-M’s Summer Bridge program almost 10 years before. So it was just full circle. I couldn’t have imagined where I’d be 10 years later, and I give all the credit to U-M for that.