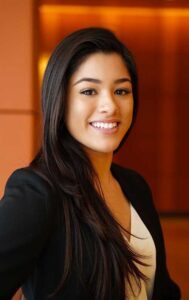 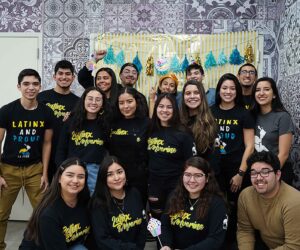 University of Michigan student Xalma Palomino has been selected as a 2022 Truman Scholar—one of 58 new recipients nationwide to win the prestigious award of $30,000 for graduate studies.

Established by Congress in 1975 as a living memorial to President Harry S. Truman, the Truman Scholarship carries the legacy of the 33rd president by supporting and inspiring the next generation of public service leaders.

Raised in Detroit, Palomino is a first-generation Latina undergraduate student majoring in political science and Latina/o studies. She plans to advance her career in public policy and voting rights advocacy, and will enroll in a master of public policy program.

“Truman is allowing me to reflect on my college career and the possibilities for my future,” Palomino said. “Through the application process, I reflected and identified my next steps both academically and professionally. It accelerated my preparation for graduate school and gave me confidence in knowing that multiple pathways exist in a career in public service.” 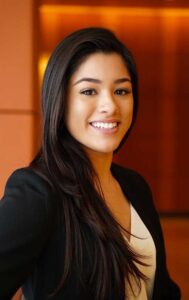 This year’s Truman Scholars were selected from among 705 candidates nominated by 275 colleges and universities. They were recommended by 17 independent selection panels based on the finalists’ academic success and leadership accomplishments, as well as their likelihood of becoming public service leaders.

Palomino is the 29th recipient from U-M among a community of 3,442 Truman Scholars named since the first awards were given in the 1977-78 academic year.

“I hope that by receiving this scholarship, young Latinas who come from similar backgrounds as my own see and know that it is possible,” she said. “For my master’s, I am specifically looking for programs that offer a unique research center or other opportunities that advocate for policy reform for communities of color and pressing Latinx issues in their work.”

During the 2020 election, Palomino and other students across Michigan unified to mobilize and discuss political outreach and low voter turnout among minority communities. The goal was to educate and empower Latinos on the importance of political participation.

Among their efforts, the students produced newsletters highlighting issues relevant to Latino voters, a social media campaign and a virtual panel with elected officials from Michigan and other influential political leaders that reached more than 2,000 viewers.

“Having our separate campus communities unite into a collective voice was truly powerful,” she said. “In doing so, we developed a framework for collaboration that is still being used today to share resources and communicate and move on statewide issues.”

Henry Dyson, director of the U-M Office of National Scholarships and Fellowships who advised Palomino during the application process, said the Truman Scholarship community will introduce her to a new set of national mentors as she moves forward in her professional life.

“Xalma’s leadership in campus organizations such as La Casa and the Latinx Vote Initiative, among many others, clearly demonstrates the inspirational and organizational abilities that she will bring to her future career in political advocacy,” he said.

After completing a graduate program, Palomino is committed to broadening her understanding of national issues and strategies by working with a federal civil rights organization. In addition, she wants to gain experience in a national organization to create pathways to engage in both legislatures and local communities.

“I would like to work and gain experience in a national organization. It is a way to create pathways to engage in communities across the U.S,” she said. “I envision myself serving as a campaign strategist where I would lead legislative and electoral campaigns. Leveraging skill sets gained during my graduate studies, I would be able to fully utilize a national staff to build effective strategies to expand voter access and democratic rights.”