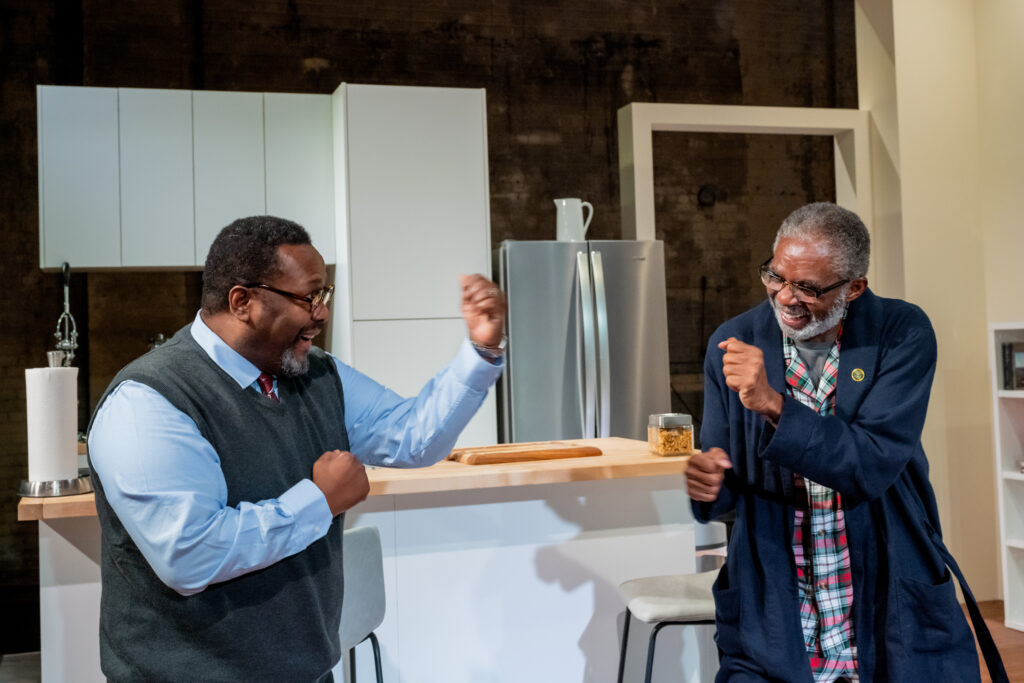 Actors Wendell Pierce and Charlie Robinson in “Some Old Black Men,” which was filmed in Detroit and premieres Friday at 7 p.m. Credit: Doug Coombe. 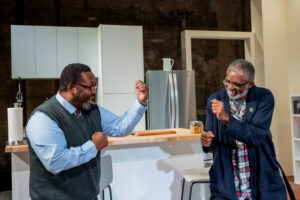 Actors Wendell Pierce and Charlie Robinson in “Some Old Black Men,” which was filmed in Detroit and premieres Friday at 7 p.m. Credit: Doug Coombe.

Free by registering in advance

Acclaimed actor Wendell Pierce is pushing forward a new way of imagining live theater in a lingering pandemic, which has shuttered in-person arts experiences throughout the country.

His first experiment, “Some Old Black Man,” premieres at 7 p.m. Friday, Jan. 15, and is his first live theater performance since his acclaimed run last year as Willy Loman on London’s West End. The new, fully-staged production of James Anthony Tyler’s 2015 play was filmed at the Jam Handy in Detroit after a three-week quarantine by its entire creative team under strict public health and safety protocols.

Produced by the University of Michigan’s University Musical Society, the production also stars actor Charlie Robinson and will be available on demand exclusively at UMS Jan. 15-18. Audiences will be able to view the performance for free by registering in advance.

“As one of only a handful of organizations worldwide that has taken on the challenge of producing live theater during the pandemic, I am proud of the work that UMS has done to bring this important story to life as part of the first phase of our Digital Artist Residency with Wendell Pierce,” said Matthew VanBesien, president of UMS.

Written only a few years before the history-making events of 2020, “Some Old Black Man” frames racial prejudice with bold probity rarely confronted and dramatized. It was created to challenge people of all ages to learn about the unique perspective of elders whose lived struggles created opportunities for future generations and to confront the experiential divides that can grow larger due to generational differences.

“When we started envisioning this project, we were focused on developing something that would be an answer to these difficult times,” said Pierce, who has starred in shows like “The Wire” and “Treme,” and was an Olivier nominee for Best Actor for “Death of a Salesman” on London’s West End.

“I believe this special experiment and experience will be an answer to performance during a pandemic but also UMS demonstrating a legacy of vanguard performances and the importance of artists to our community as a whole.”

Themes of social justice and intergenerational conflict make “Some Old Black Man” a fitting title for our times, when the reality of more togetherness unveils some of the tensions underlying even the closest of relationships.

In the play, Calvin Jones (Pierce), a hip, coolly intellectual African American college professor moves his 82-year-old ailing but doggedly independent father, Donald Jones (Charlie Robinson), from Greenwald, Mississippi, into his Harlem penthouse. The play begins with an argument over what to eat for breakfast, then turns into a generational clash over race, opportunity and a decision that Calvin made years ago. Donald’s grumpiness is peppered with disturbing outbursts, revealing bits of his past, informed by growing up Black and poor in the South.

The members of the creative team—Pierce, Robinson, Cacaci, Tyler and stage manager Tiffany Robinson—came to Michigan for a four-week production period, quarantining as a group during rehearsals in Ann Arbor for the three weeks leading up to the play’s filming in Detroit.

As part of a safety plan approved by several unions representing those involved in the production and public health officials, participation required the team to follow rigorous safety protocols, including testing before arrival; additional extensive, regular testing frequently throughout the rehearsal and production period; continued testing and oversight in the filming phase (which involved more personnel); and a designated COVID supervisor to ensure compliance with all safety protocols.

“Working with this incredible creative team has been a highlight of the pandemic for me, and it’s wonderful to see them interrogate the work and explore the intergenerational nature of the relationship with such grace under trying times,” said Tyler, who workshopped at the play at the Berkshire Playwrights Lab ahead of its Off-Broadway premiere in 2018.

“I’m fascinated by how little we know about what our elders encountered in their lives, and how that leads to misunderstandings and hurt in our closest relationships. I’m thrilled that this play will be seen again through the Digital Artist Residency program at UMS.”

The production of “Some Old Black Man” is made possible with leadership support from Tim and Sally Petersen, Michigan Engineering, DTE Energy Foundation (Pierce provides the voice for all DTE radio and television commercials), Newmarket LLC and the Community Foundation of Southeast Michigan.