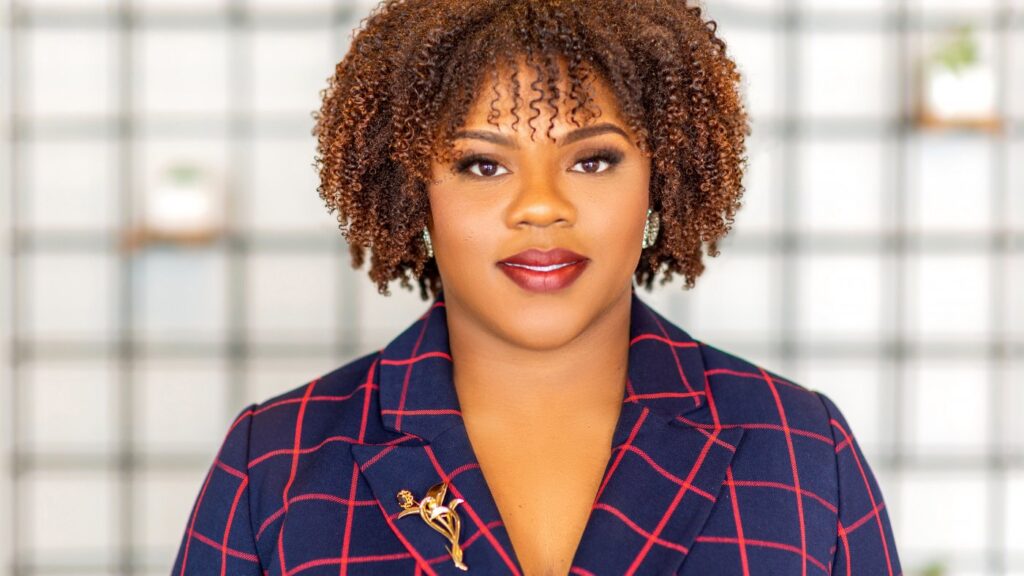 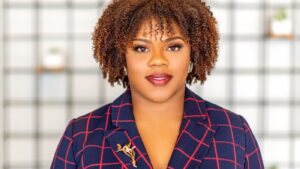 In 2020, many people have had insomnia. But while most lay in bed with anxious thoughts on an endless loop, Khalilah Burt Gaston got to work.

“It was born of curiosity,” she says of the 4 a.m. query she lobbed out on social media, seeing if anyone wanted to participate in a Detroit version of Share the Mic Now. “I wondered if there were women who were ready to be brave and enter into hard conversations.”

The answer was yes.

In the wake of George Floyd’s murder in June, celebrity women began amplifying the voices of Black women through their social media platforms. The campaign, known as Share the Mic Now, grew to include locally produced, interracial conversations between women in cities across the United States. Gaston’s original goal for Share the Mic Now: Detroit was to host five conversations; she and her team ended up hosting 26 involving more than 50 women during 10 days in August. Thousands of people viewed the conversation videos on social media and can continue to do so on Facebook.

Gaston, for whom racial equity has been the underlying thread of her career, was eager to talk about race when she first moved to Detroit after graduating from Michigan. She says she was naïve about the region’s deep-seated dynamics and that others were equally naïve about the need to have such conversations. In a time when young professionals flocked to the city to be part of its rebirth, “I think a lot of people believed that since they moved to Detroit they were inherently more progressive, and that just their presence in the city would create a different outcome than previous generations,” she says. “I believed that we had to be more intentional in order to produce more equitable outcomes, and I pulled back from a lot of tables in frustration.”

Twelve years later, the COVID-19 pandemic has helped to make the ground more fertile for such dialogue. As people sheltered in place instead of socializing or vacationing, “Racism and state-sanctioned violence had a captive audience this summer,” Gaston says. “And I think a number of people were shocked that this is still happening, even in a pandemic. It really let America know that racism, lack of understanding, and indifference is our pandemic as a country.”

Gaston says her training as an urban planner taught her how to understand policy and how it produces certain outcomes within a community. She believes that frank conversations are the starting point that will result in policies that dismantle systemic racism, and beyond leading Share the Mic Now: Detroit, she sees those conversations as an important part of her business.

Gaston is the founder of Glidepath Strategies, a boutique consulting firm that helps organizations fulfill their mission through effective practices, strategic clarity, and trusted counsel. Her work includes strategic planning, meeting facilitation, and leading conversations about diversity, equity, and inclusion. She also recently facilitated a two-day retreat for a Detroit nonprofit that has been representing activists who were arrested in conjunction with Black Lives Matter protests. “Our team at Glidepath is committed to supporting passionate leaders as they step up in these moments, to help those organizers and activists on the front line.”

Her urban planning background and career in community development work give her a unique lens for working with her Glidepath clients. Before making Glidepath a full-time venture in 2019, Gaston spent four years as a program officer at the W.K. Kellogg Foundation, where her work included leading the design and launch of Hope Starts Here: Detroit’s Early Childhood Partnership — the city’s first comprehensive framework to support young children and their families. Her earlier career included three years at the State of Michigan Land Bank Fast Track Authority, where she led efforts to deploy $223 million in federal funds through the 2009 American Recovery and Reinvestment Act. “Amid the economic turmoil of that time, for those of us working in housing, it was a period of innovation,” she says.

She envisions planners stepping up now in conversations about how to reverse systemic inequalities: “The conversation about defunding the police isn’t just about reforming policing in our country; it’s about reinvesting in communities in a more wholistic manner, and planners should be front and center in those efforts.”

Gaston’s work with Share the Mic Now: Detroit showed her that tough conversations can open minds, which makes her hopeful for real change. She cites her own conversation with a beyond-middle-aged woman who shared how she had come to see the justness in paying reparations to descendants of enslaved people — something she had once opposed. “She is not a young adult, but she’s still growing, still asking questions, and admits that maybe her belief needed to change. That encouraged me.”