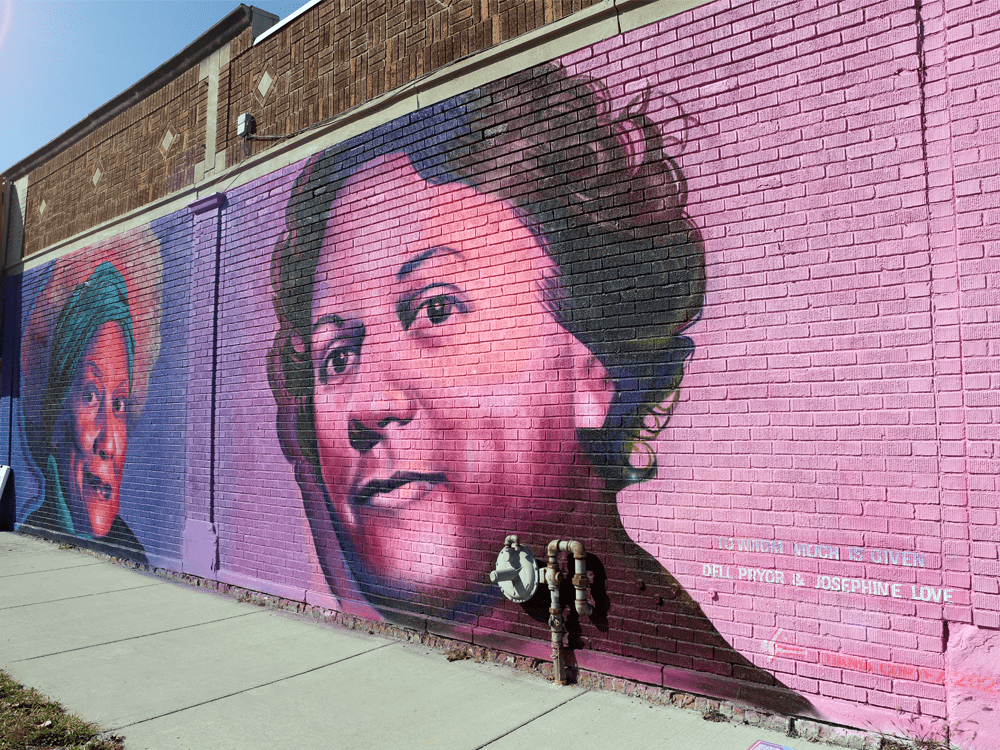 TWMIG: The Mural Experience, on the corner of West Forest and Cass Avenues in Detroit, was designed and painted by Ijania Cortez with input from Detroit youth. Photograph by Natalie Condon. 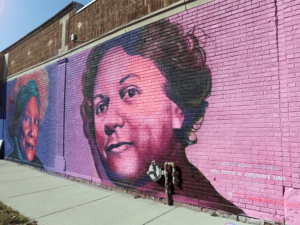 TWMIG: The Mural Experience, on the corner of West Forest and Cass Avenues in Detroit, was designed and painted by Ijania Cortez with input from Detroit youth. Photograph by Natalie Condon.

Malika Pryor is a curator and storyteller, but also an inheritor. While growing up, she took part in Detroit-based arts advocacy programs led by women who were family members and Black community leaders. Born from that powerful legacy, Pryor is highlighting these women in a new exhibition, which opened this month and runs through December at the Charles H. Wright Museum in Detroit.

“The entire project is an homage and a discovery, an uncovering of the professional lives of Josephine Harreld-Love, who was the principal founder of Your Heritage House, and Dell Pryor, who remains a curator, and was gallerist and owner of Dell Pryor Galleries,” Malika Pryor says. She adds that they were forerunners in the city of Detroit, creating arts spaces, while similarly melding their professional lives with the creative.

“To Whom Much Is Given is a project that really has its genesis in a conversation that I had with [composer and educator] Karen DiCheiera over 10 years ago, specifically about Josephine Love,” says Pryor. “But the project as it has come to be understood, and ultimately executed on, is an initiative in three parts: Mission I’m Possible, which is a youth arts experience; TWMIG: The Mural Experience, which is the exhibition’s mural, designed and painted by Ijania Cortez; and then there is the exhibition itself.”

Pryor, an Organizational Studies and Afroamerican and African Studies alum (B.A. 2000), is Love’s cousin. She is also the granddaughter of Dell Pryor, the other arts figure highlighted in the show. Both women were integral to Malika Pryor’s understanding of how the arts can change lives, and therefore, who she chose to carry forward in an exhibition that chronicles their influence in Detroit by showcasing personal collections, archives, literature, and other commissioned art pieces.

Read more at The College of Literature, Science, and the Arts.