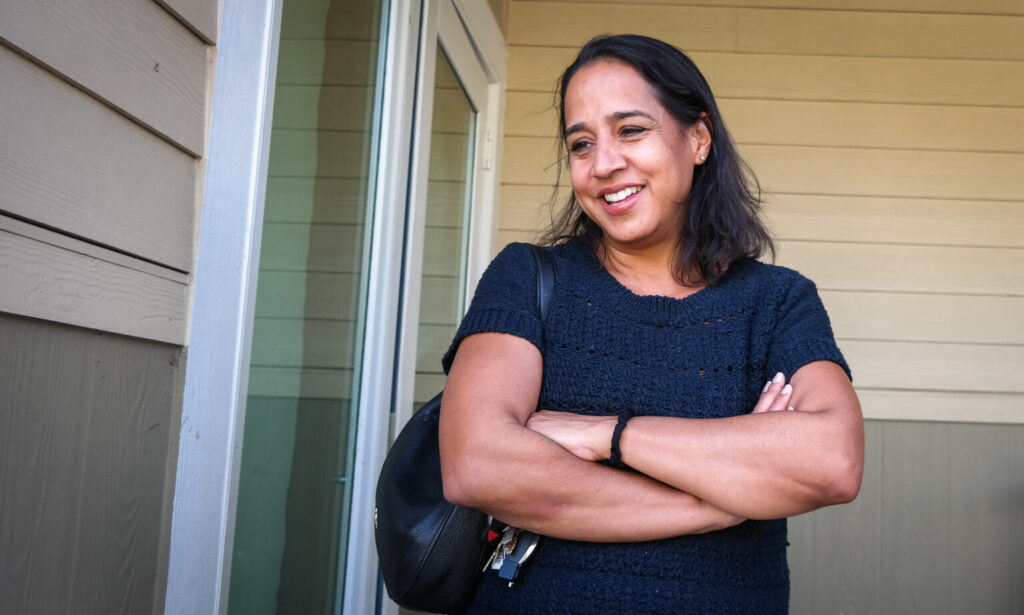 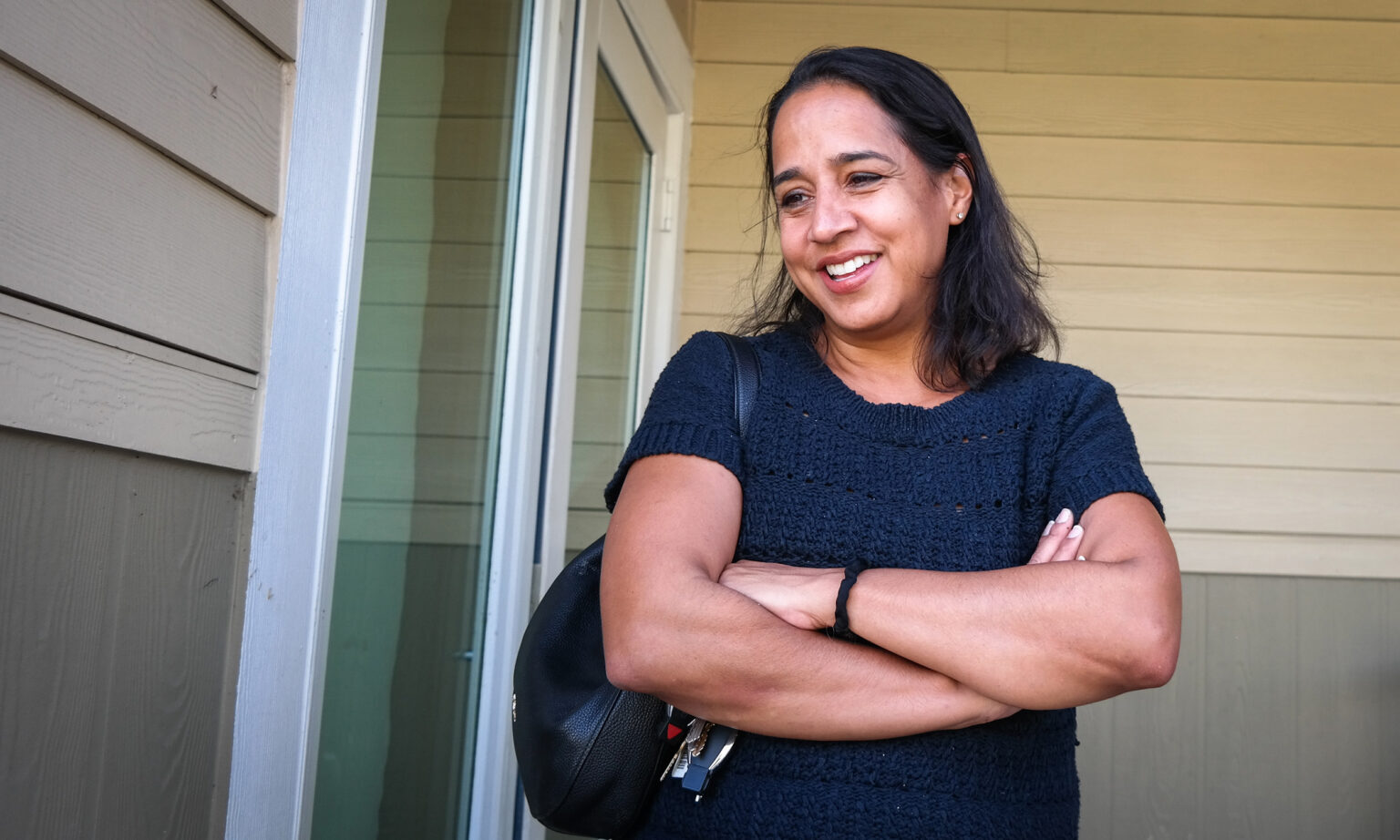 Dara Hill, associate professor of reading and language arts in the College of Education, Health, and Human Services at UM-Dearborn, put together a short documentary called “My Child’s K-5 School Journey in Detroit.” (Photo by Lou Blouin, UM-Dearborn) 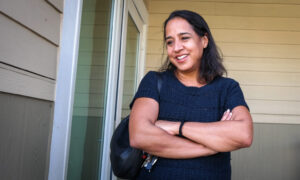 Dara Hill, associate professor of reading and language arts in the College of Education, Health, and Human Services at UM-Dearborn, put together a short documentary called “My Child’s K-5 School Journey in Detroit.” (Photo by Lou Blouin, UM-Dearborn)

The path to tenure can be a grind for junior faculty.

Dara Hill is open about the fact that her own journey to associate professor-hood at UM-Dearborn left her feeling worn out.

“Initially, when you’re on that tenure track, it’s really exciting to publish your work,” said Hill, associate professor of reading and language arts in the College of Education, Health, and Human Services.

“But it’s grueling and pressure filled, too. Year after year, you’re staying up after your family is asleep, and before they get up, to do the large volume of writing that you have to do to sustain yourself in this industry.

“And when you get there, you can’t help but feel a little bit like you’re just — done.”

The feelings went beyond sheer burnout. There was also the question of whether the work was having the desired impact. Hill’s research often focuses on educational equity, and one of her favorite projects is an ongoing longitudinal study of how Detroit’s newcomer families are navigating an educational system redefined by school choice.

For sure, the research had the potential to have real impacts on real families and real schools in the city she grew up in and was still committed to improving. But she had doubts about whether the work was leading to as much change as it could if “other researchers and other scholars are the only ones reading your articles.”

Hill decided to take a chance. In an effort to shake up her standard publication formula of journal articles and book chapters, and get her work on school choice in front of a broader audience, she decided to present it in the form of a short documentary.

“I just felt like a film, where you could see and hear the voices of the families who were living these issues, would have a totally different impact,” Hill said.

She found an internal grant that would support the project, chose a university-approved film crew, and got to work.

Collaborating with filmmakers meant she didn’t have to try to do everything herself. But as a producer, she got to shape the film both in message and style, by writing the interview questions and providing feedback on key B-roll visuals to make sure they were on point.

She even got a good friend from the local techno music scene — an artform with a rich Detroit history — to write an original score.

The result is “My Child’s K-5 School Journey in Detroit,” a documentary that features the experiences of four families and distills years of work into just six minutes, 47 seconds.

Hill said she’s impressed by how well the film captures the flavor of her research — and does something her traditional work couldn’t. When the film premiered in October as part of the Better Cities Film Festival in Detroit, the lively post-screening panel discussion and Q&A were a good indication that the format was indeed connecting with a broader audience.

“I will tell you this: When I published articles about this topic, no one was like, ‘I want to read it! How can I read it?’” she said. “With the film, I had so many people who couldn’t make it to the festival writing me, saying, ‘I want to see it! How can I see it?’”

On that front, Hill is working to organize two additional showings at the U-M Detroit Center and get the film into some additional festivals.

The whole adventure also has helped renew her enthusiasm for the work. In high school, Hill was a visual artist and thought seriously about pursuing art as a career. So to “let the creative person that’s been hiding inside me out for a while” has helped interrupt a work cycle that was leading to burnout.

And beyond the immediate impact of the film, she hopes her experience might help inspire colleagues who feel similarly about pushing their work beyond academia.

“I was wanting to do something like this for a long time, but I really didn’t know anyone doing it, or that there were university resources available to support something like this,” Hill said. “So I’m very appreciative that we have internal grants that allow folks to use their creativity and do research-based work that’s a little nontraditional.”

In fact, Hill said, she’s pursuing another internal grant to do a follow-up film. That one will focus on the families’ experiences as they make the leap into middle school. It’s a coming-of-age subject that promises to provide interesting material for both academic articles and short docs alike.

What memorable moment in the workplace stands out?

The most recent memorable moments in the workplace include the intentional spaces for acknowledging faculty accomplishments during faculty meetings, which include creative endeavors that sustain our craft.  Most recently, my film received a special acknowledgement, in tandem with my esteemed colleague, Julie Taylor, who published a children’s book that she co-authored with one of her students.

What can’t you live without?

I cannot live without the sense of care and knowing that I experience among my family and friends in my Detroit community. I love that I live in close proximity to the Detroit Riverfront where my family and friends often gather and catch up on current events, talk about life, and cope with challenges.

Name your favorite spot on campus.

My favorite spot on campus is without question the ECEC (Early Childhood Education Center) because my children, Norah and Hugh, began their educational journey there. The ECEC set a pathway for them to think and reflect creatively about learning how to learn.

I am inspired by scholars in my discipline, particularly Lisa Delpit and Gloria Ladson-Billings. They are women scholars of color, whose seminal scholarship broke barriers and contributed the perspective of culturally relevant pedagogy to the field.

What are you currently reading?

I am currently reading “From Jamaican Hills — the Memoirs of Fay Martin.” Martin is a contemporary of my mother. Reading Martin’s memoirs provides me with a unique space to talk with my mother about sociopolitical factors and context of decolonization that shaped her upbringing and identity in Jamaica. I am also reading “Electronic Landscapes: Music, Space and Resistance in Detroit” by Isaac Diggs and Edward Hillel. This work is a compilation of photographs of the Detroit landscape and the contributors that shaped Detroit techno music, the soundtrack of my youth.

Who had the greatest influence on your career path?

My dissertation adviser and mentor, Susan Florio-Ruane. From her tutelage, I gained an appreciation for qualitative research methodologies. One voice at a time — whether it’s a teacher, a parent, a child, or multiple voices in an empowered school — has the power to transform an educational landscape that values students’ identities that are culturally situated, local knowledge and social worlds.