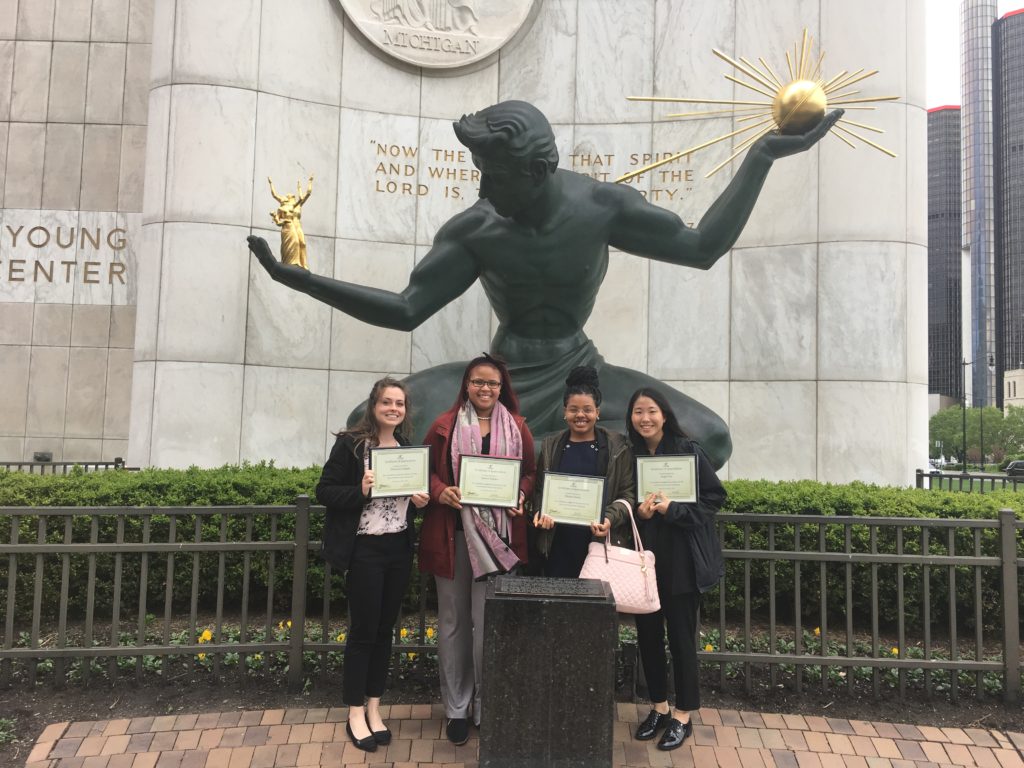 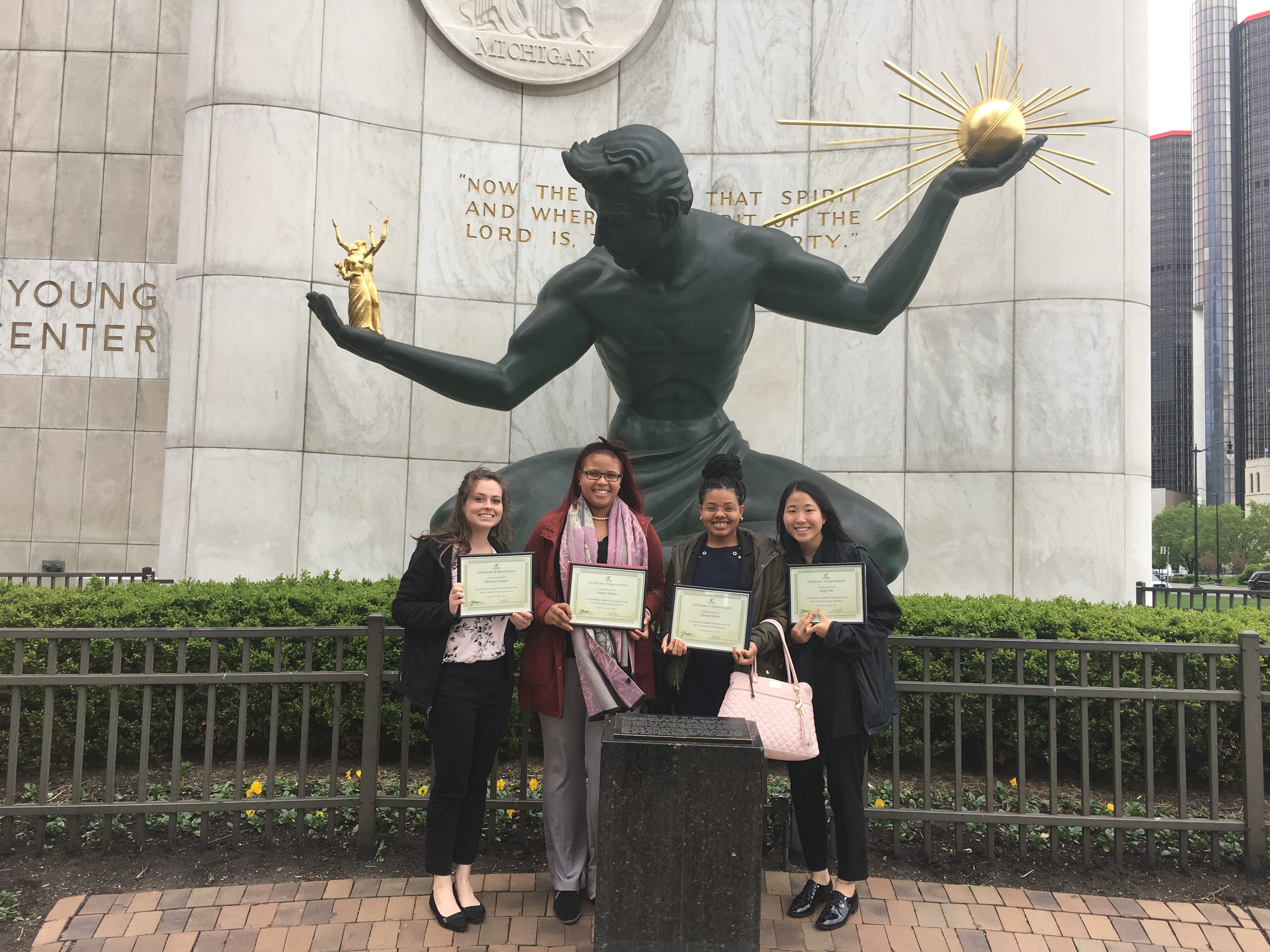 University of Michigan Master of Accounting graduates who worked on projects in Detroit in 2017 are (left to right): Shannon Galligan, Amber Blanks, Elkena Steele and Angie Pae. Photo by: Catherine Shakespeare. 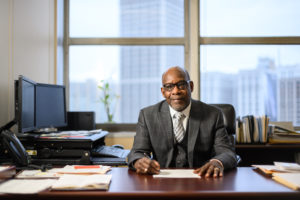 Detroit Office of the Treasury

As Detroit emerged from the largest municipal bankruptcy in 2014, city officials knew they needed to boost collections of income tax—the city’s top source of revenue.

Shakespeare teaches a class of Master of Accounting students each winter term that focuses on helping the city of Detroit with tax research and other projects assigned by Odell Bailey, director of Audit & Compliance for Detroit’s Office of the Treasury and the former auditor general of Detroit Public Schools.

“The more you understand about business and how people pay their taxes, the better you will be able to identify and help close the tax gap,” Bailey said.

Bailey assigns a variety of tasks to the students over winter term, which Shakespeare calls “very, very ambiguous” and thus offers an exceptional learning opportunity.

“It’s been a really, for me, rewarding partnership,” she said.

At first, students were asked to find out how much was underreported. U-M students built a model that indicated a large portion of business tax revenue wasn’t getting reported. Similar underreporting was indicated for income taxes.

“It’s partly that people just don’t know. And sometimes it’s the people don’t care. They know and they don’t report,” Shakespeare said. “This was probably the coolest project to date. The students came back with more than Odell and I thought possible.”

Angie Pae, who was part of the student team that conducted the research in winter 2017, said they found that partnership income and self-reported, or contractor income, was “probably the main source that was being underreported for the city.” 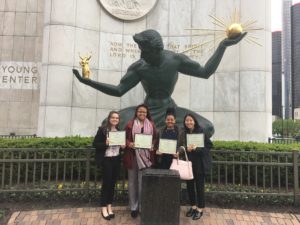 University of Michigan Master of Accounting graduates who worked on projects in Detroit in 2017 are (left to right): Shannon Galligan, Amber Blanks, Elkena Steele and Angie Pae. Photo by: Catherine Shakespeare.

“Of the thousands of businesses and entities filing returns, how do you choose which ones may not only have the highest risk of underreporting or underpayment but which ones can potentially increase the amount of tax you collect?” Pae asked. “What could be the biggest reward for the amount of effort? We tried to narrow that down.”

In addition to contractors and lawyers, the students gave Bailey good ideas to collect income taxes from entertainers and visiting sports teams.

“I mean when the top paid basketball players come to play at Little Caesars Arena, it can be worth as much as $2,500 in taxes,” he said.

“We ultimately want people to know there is a presence, there is a cop on the beat,” Bailey said. “When people know that and are informed about their responsibility, most of them will do the right thing.”

Greta Guest, communications lead for U-M + Detroit and senior public relations representative at the University of Michigan’s central news office Michigan News, is a former journalist who worked in Detroit for the Associated Press and the Detroit Free Press.