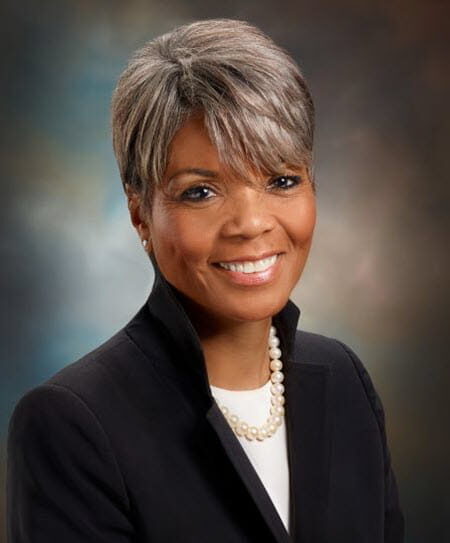 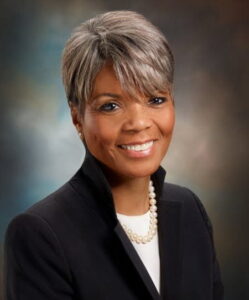 Detroit as we know it today — with its picturesque Riverwalk, its tech startup culture and its vibrant gathering spaces — would not exist without Faye Alexander Nelson. A native Detroiter, she grew up enjoying the city’s outdoor spaces while learning an appreciation for the value of hard work. Nelson is a product of Detroit schools, having graduated from Cass Technical High School before earning a law degree.

Throughout her career, Nelson has been an active and vocal advocate for Detroit. She and her husband, both attorneys, chose to stay in Detroit despite the many challenges facing the city in the 1990s and into the recession of the 2000s, and be partners in its ground-up rebuilding process after the bankruptcy of 2013.

Much of Faye Alexander Nelson’s career has been built around service. She has served on the boards of several prominent Detroit philanthropic efforts, and is now the director of Michigan programs for the W.K. Kellogg Foundation.

Nearly 20 years ago, Nelson and a few other dedicated Detroiters had a vision for what could become of Detroit’s downtrodden riverfront. This vision evolved into one of the country’s first — and most successful — public-private partnerships. Bringing together public funds and private corporations, with help from local and state government, the Detroit Riverfront Conservancy today oversees nearly six miles of revitalized riverfront, and is a model for the rest of the country.

As a Sojourner Truth Fellow at the University of Michigan Taubman College of Architecture and Urban Planning in 2017-2018, Nelson worked with students on a study of the riverfront and its effect on Detroiters.

What kind of work were you engaging in during the economic downturn of the late ’90s and early 2000s?

At that time I served at Wayne State as their vice president of government and civic affairs for about seven years. While I was there I partnered with Matt Cullen, who was at that time an executive with General Motors, and together we led the the establishment of a University Research and Technology Park, which today is known as Tech Town. In the early 2000s, I was recruited to join the newly formed Detroit Riverfront Conservancy as their president and CEO.

What is the importance of the riverfront to the people of Detroit and to the community in Detroit?

Growing up, Detroit had a vibrant waterfront — albeit industrial — but it was vibrant. We lived a stone’s throw away from another country. When it came to the downward spiral of Detroit, it pulled the waterfront down as well. In the late 90s, early 2000s, it was an industrial waterfront that suffered from abandonment: boarded up buildings, vacant, abandoned cars, eroding shoreline, dimly lit. There was no reason why anyone would ever want to visit a waterfront like Detroit during that period of time. As we reflect on the revitalization of Detroit, the waterfront is an important part of that effort. It represents a symbol of a gateway to Detroit. It is helped and in a significant way to change the conversation about Detroit.

What were some of the steps that you took in order to bring the waterfront back to its potential?

There were many challenges associated with bringing the waterfront back to life. I would be remiss if I didn’t acknowledged the three major entities that launched the development of the waterfront. General Motors had previously made the decision to move their headquarters from the Boulevard to the waterfront, and so they purchased the Renaissance Center. The city of Detroit was very invested in the redevelopment of the waterfront, and that goes back as early as the Coleman Young days, when he articulated a vision of linked parks on an international waterfront. It was, I think, his vision that was never lost in the effort or in the importance of what a developed waterfront could be. Certainly last but not least, the Kresge Foundation, which at that time made its largest grant ever to a single project.

The Detroit Riverfront Conservancy and the Riverwalk itself are examples of one of the earliest — and most ambitious — public-private partnerships. How did that come about?

I look back today on the success of that early public-private partnership. Developing infrastructure and associated programming, bringing people together to establish a nonprofit entity that was brand new, that was a bit different and a bit weird. It was really trying to bring these three entities together that were used to working in silos. Beginning these public-private partnerships was new, and it was different, and it was messy. But we demonstrated at the end of the day that these this type of partnership could work and was ultimately pretty amazing.

I would say the other major challenge was the multiple property owners that owned property on the waterfront and having to knit together those pieces in order to be able to legally develop on the waterfront. It really took all of us coming together to to support the development and the sustainability of the waterfront: the foundation community, the business community, and the state came in and developed its first ever urban state park on the waterfront. Finally, the community came together and supported it, telling the story in a very positive way. It was quite an effort.

In a study you did with students at the Taubman College, you looked at the impact of placemaking in urban communities like Detroit. Can you talk about some of your findings?

We found that placemaking had a very positive impact on the growth and development and the resurgence of urban communities, really throughout the throughout the world, but especially here in Detroit, and that it really helped to drive the change in conversation. As far as the city was concerned, it played a major role in attracting individuals from all over the world, increasing tourism in Detroit, and really serving as a wonderful gathering place and space for Detroiters and for visitors.

Equally as important, though, was sustainability. It’s lovely to be able to develop these beautuful shiny places. The waterfront on a perfect summer day is just amazing. It’s just beautiful. But if you don’t have the funds, the sustainability to operationalize a waterfront and to sustain it, it won’t last. That’s equally as important. That’s the key, really: to be able to maintain and sustain the development of waterfront or public space is critically important.