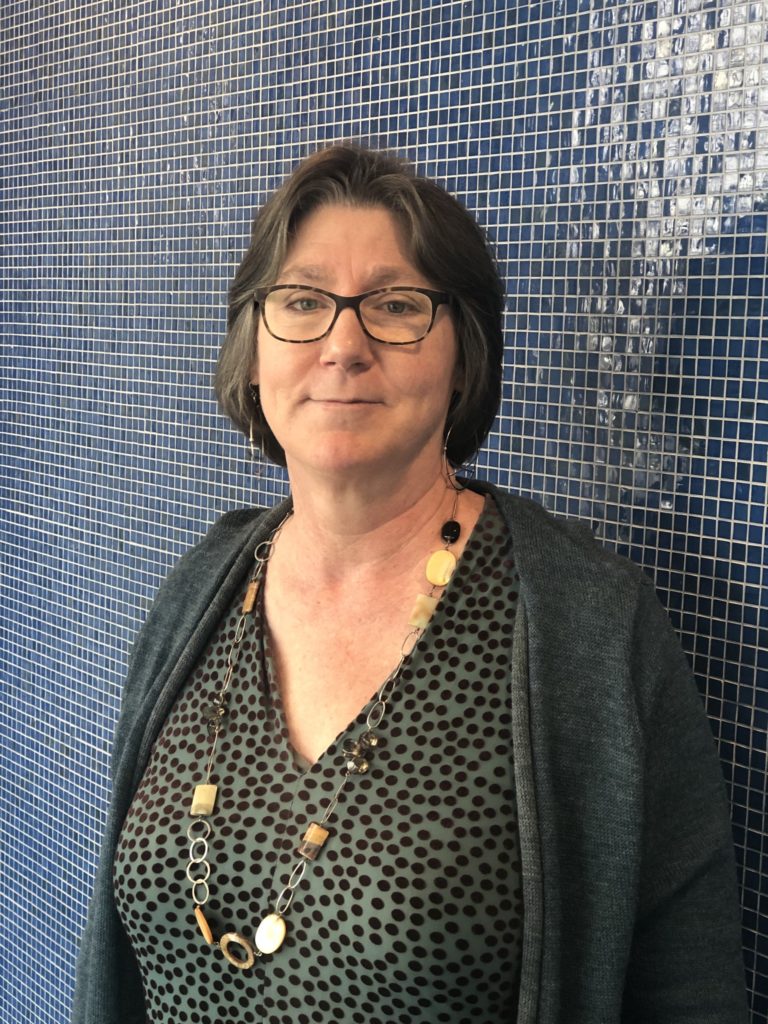 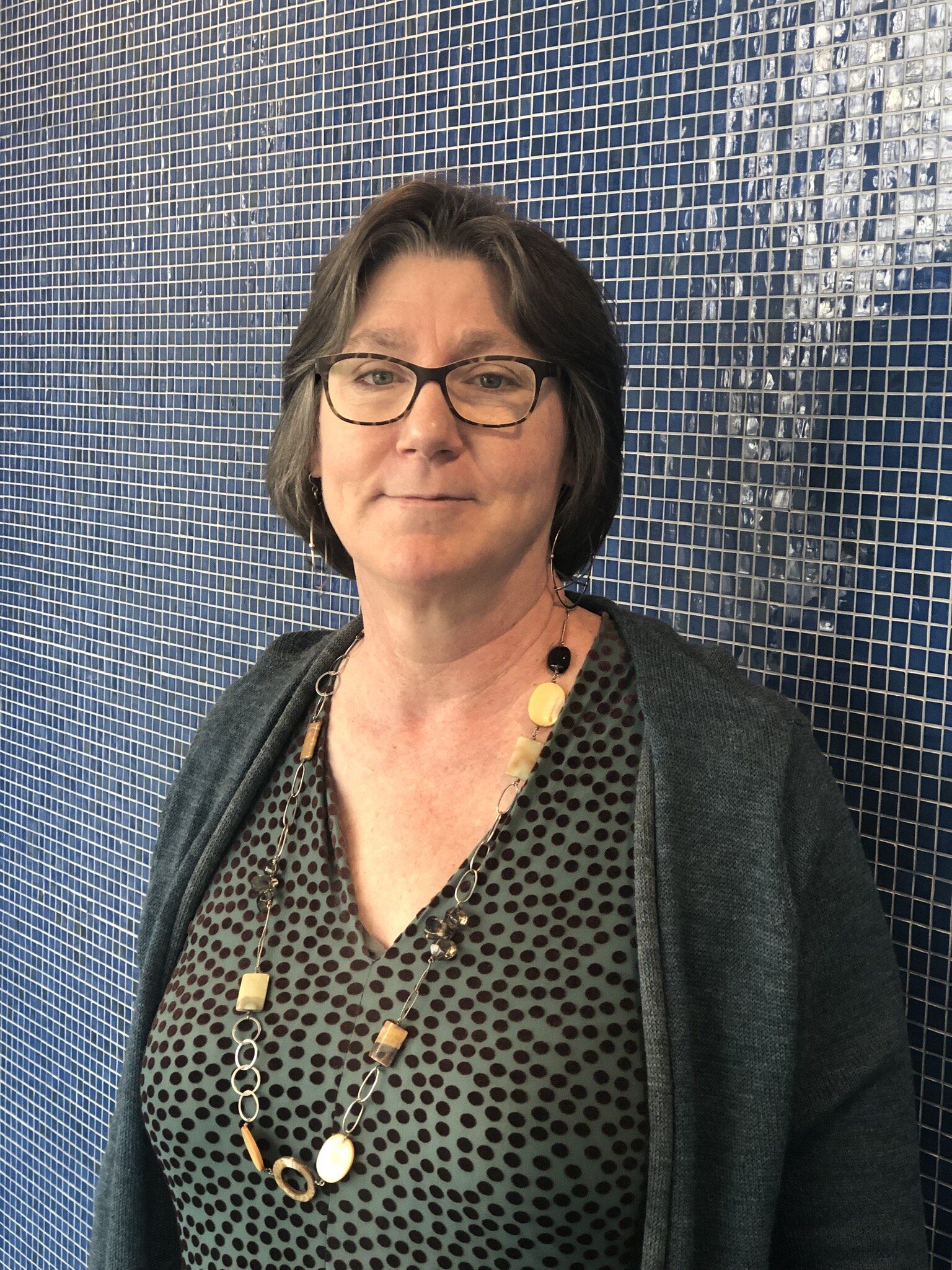 Sally Howell,  associate professor of history at the University of Michigan-Dearborn and director of the Center of Arab American Studies. 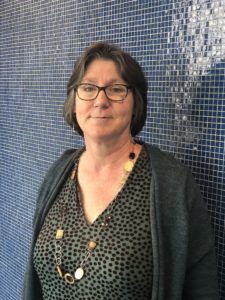 Sally Howell,  associate professor of history at the University of Michigan-Dearborn and director of the Center of Arab American Studies.

Old Islam in Detroit: Rediscovering the Muslim American Past in Detroit

An accurate portrayal of Detroit’s history and current development must include mention of the city’s diverse Arab and Muslim populations. Yet that narrative is strangely silent, says Sally Howell,  associate professor of history at the University of Michigan-Dearborn and director of the Center of Arab American Studies. Her Halal Metropolis project is a six-part exhibit that gives voice to those stories.

Howell  has taught at U-M Dearborn since earning her PhD from U-M in 2009, but her interest in Muslim and Arab culture stems from her first visit to the Middle East in the 1980s, and she’s been interested in the region’s politics and culture since.

Howell and collaborators Razi Jafri, a Detroit-based documentarian, and Osman Khan, MFA Program director at the Penny W. Stamps School of Art & Design, developed the Halal Metropolis project to explore the ways in which Metropolis  refers to the places where it’s safe for Muslims to practice their faith and live their everyday lives––spaces created through dialogue between Muslim and non-Muslim neighbors. 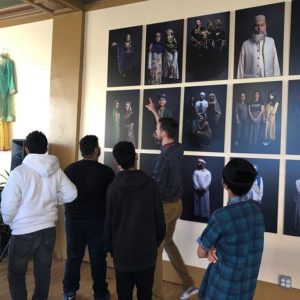 The traveling exhibit features art,  music, and panel discussions. It’s had stops in Detroit and Hamtramck, and is in Howell at Cleary University through Dec. 20, before continuing to Dearborn, Ann Arbor, and Mt. Clemens through October 2020.

You hear a lot about Arab-Americans in Dearborn, but not so much in Detroit. Where does the city fit in and what do you hope to communicate through Halal Metropolis?

Howell: This is one of the themes we’re hitting on in the Halal Metropolis exhibit. We’re looking at this narrative about the city and the growth and change in the city’s  population, particularly the current development in Detroit, and we’re asking the public to reflect on why Muslims and Arab Americans are so absent from this discourse. If you look at the neighborhoods experiencing the most growth, they’re immigrant heavy populations, people from the Middle East and Asia, in areas like greater Hamtramck and greater Dearborn, which includes spaces in southwest Detroit and Warrendale, where you see growth in the Muslim community, and Iraqi and Yeminis. The city isn’t really investing here, and we’re calling  attention to the history of these spaces and how Muslims are investing in them, and also how communities invent themselves in distressed places.

What brought Arabs and Muslims to Detroit and surrounding areas?

Howell: Starting in the 1890s many Christian immigrants from Syria, or what’s now Lebanon, came to Detroit, which was sort of a staging station for peddling in the Midwest. When the auto industry began to take off, more Arab Americans moved here from other parts of the country, and newly-arrived Muslim immigrants from Syria, Turkey, Eastern Europe also flocked to Detroit. The first purpose-built mosque in the United States opened one block from the Highland Park Ford factory on Manchester in 1921. When Ford moved his main operations to Dearborn, a lot of Arabs followed him there. In the 1960s when the U.S. immigration laws changed, many Muslim immigrants went to Dearborn and Detroit where there were good jobs and established mosques. Many Arab Americans were part of the white flight from Detroit, but Arabs never abandoned the city––there are many Arab neighborhoods in Detroit, in and around Hamtramck, in Warrendale, and in Southwest Detroit. These are growing communities with active business districts that are part of the city’s revitalization. 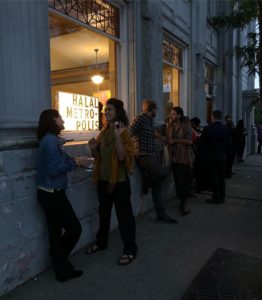 How have Muslims and Arab Americans shaped Detroit, and how does this relate to your Halal Metropolis project?

Howell: Arab and Muslim communities are part of all major historical events that shaped the city. They participated in the Ford Hunger Marches in the 1930s, they worked on both sides of the labor battle (for and against unionization). The small businesses they created  throughout the city have been very vital economic institutions at the neighborhood level, providing micro loans to families, accessible food, and job opportunities. When I came to Michigan it was Arab Americans who told me the history of the area. . . it was Arab Americans who taught me how important Detroit history is to our national story. In my past work I have written about the history of the Muslim and Arab communities in this region. With the Halal Metropolis project, I am trying to answer fundamental questions about the Muslim community and how it’s transforming the city today – not in isolation, or in opposition to other people, but in conjunction with its  non-Muslim neighbors.