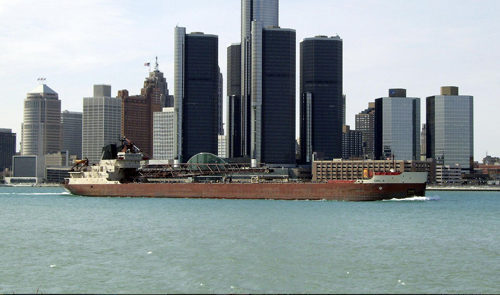 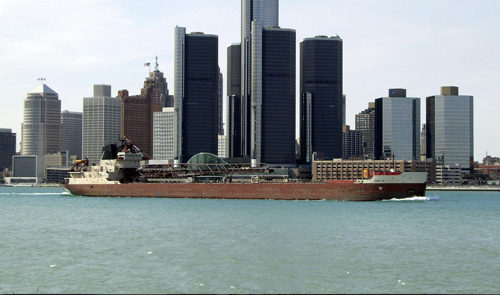 Researchers at the University of Michigan Water Center were awarded a $3 million grant from the Erb Family Foundation to determine the Detroit River’s contributions to algae blooms that plague Lake Erie each summer.

The grant will allow scientists to measure the effectiveness of “green infrastructure” projects in Detroit designed to manage stormwater overflows, which can send algae-promoting phosphorus into the Detroit River and western Lake Erie during large storms.

“The knowledge gained from this project, in particular, will help promote the environmental health of Detroit. The University of Michigan and the Erb Family Foundation share a deeply rooted and unshakable commitment to that long-term goal,” explains U-M Provost Martha Pollack. 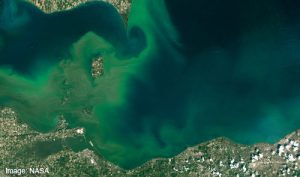 Toxin-forming algae blooms have become an annual problem in Lake Erie. In August 2014, microcystin toxins shut down the drinking water supply to more than 400,000 Toledo-area residents for a weekend, and this year’s toxic bloom has been particularly large.

Phosphorus is a nutrient that stimulates algae growth. Most of the efforts to control Lake Erie’s algae problem have focused on reducing the levels of crop fertilizers that enter western Lake Erie from the heavily agricultural Maumee River watershed. But the Detroit River carries about 80 percent of the water that enters Lake Erie and contributes an estimated 40 to 50 percent of the phosphorus in the lake’s western basin.

U-M researchers will use computer models that simulate hydrology and water quality in the Detroit River watershed to calculate the contributions of various upstream phosphorus sources, both urban and agricultural.

“Once the dynamics of the Detroit River watershed are better understood, relevant policy options can be developed and targeted to address specific phosphorus sources,” said U-M aquatic ecologist Don Scavia, director of the Graham Sustainability Institute and principal investigator of the new Erb-funded project.

“The knowledge gained from this project, in particular, will help promote the environmental health of Detroit.”
– U-M Provost Martha Pollack