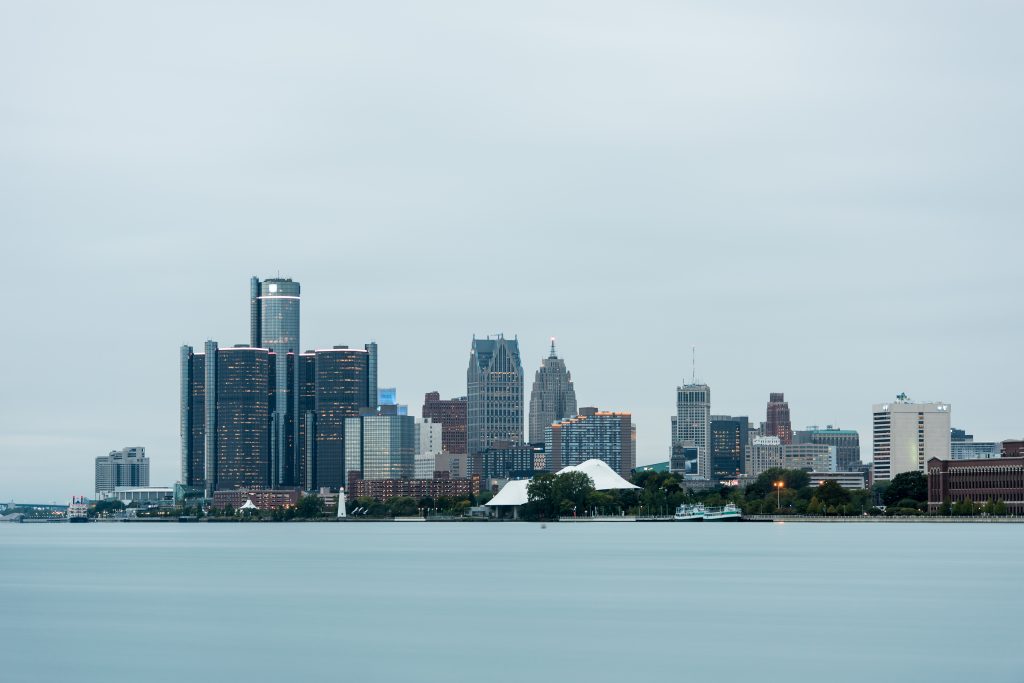 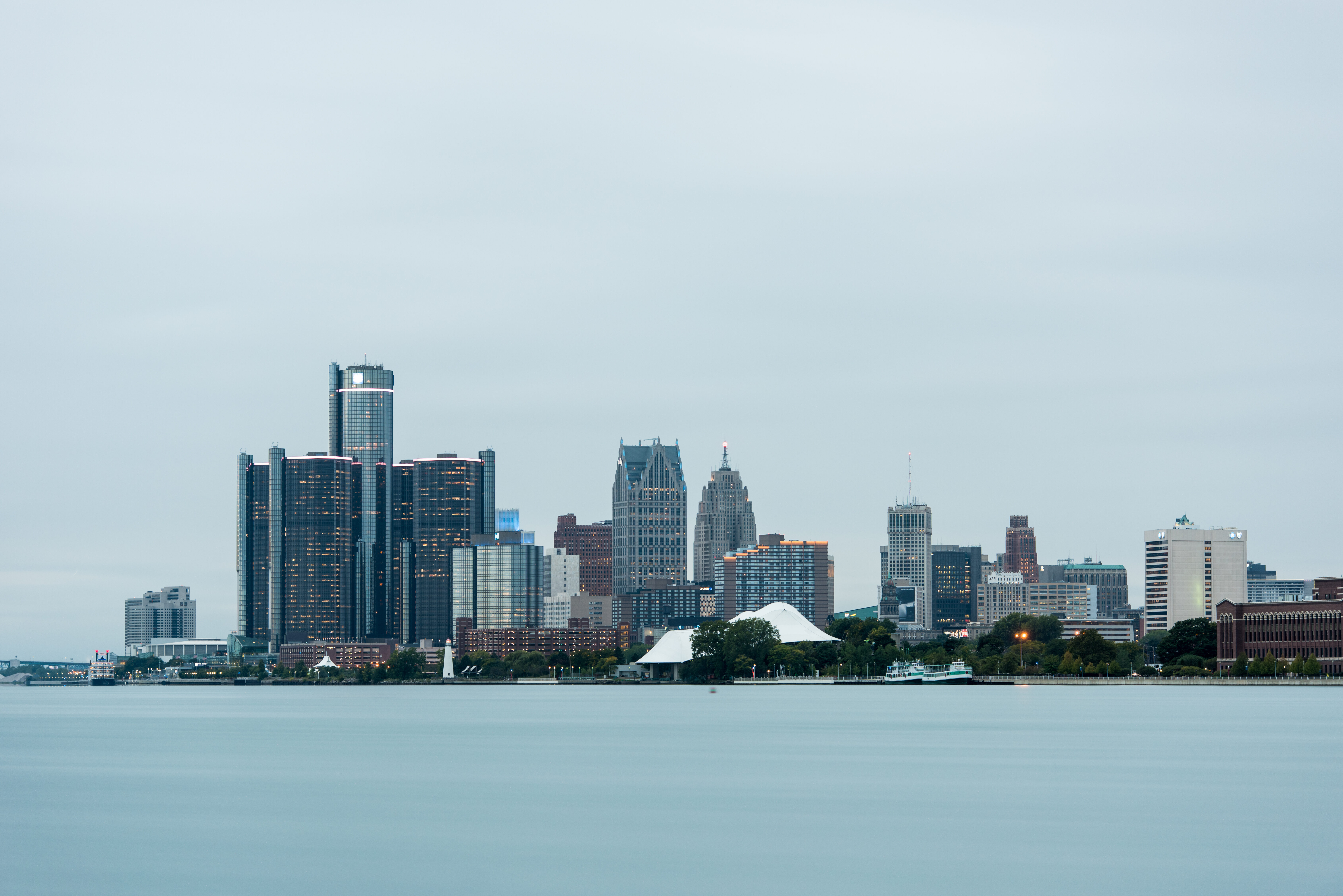 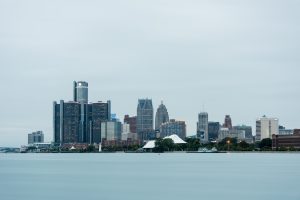 The University of Michigan and Harvard University are forming two new partnerships designed to spur economic mobility and reduce poverty in Detroit, as well as combine resources and expertise in response to the national opioid crisis.

The universities will collaborate with the city of Detroit and local partners on an action plan to identify promising, results-based interventions for improving the livelihoods of low-income Detroit residents.

U-M has a long history of working hand-in-hand with local leaders, stakeholders and policymakers to address economic issues in the city. This new collaboration represents an expansion of work currently under way by the Poverty Solutions team in Detroit, with the Harvard team providing its latest insights from big data and bringing new perspectives to the city’s pressing challenges.

The collaboration also comes less than a year after U-M and the city of Detroit announced the Detroit Partnership on Economic Mobility, a four-year agreement in which U-M will provide up to $500,000 in resources each year to support action-based partnerships between university experts and city leaders focused on economic mobility and poverty alleviation.

In addition to the economic mobility efforts in Detroit, the universities announced plans to convene cross-disciplinary experts and practitioners from government, medical, public health, criminal justice, policy and other fields to address the growing opioid epidemic in cities and rural areas around the country.

The collaboration on the opioid crisis will kick off with two major policy summits, one in Michigan and one in Massachusetts.

The announcement of this partnership comes as Harvard University President Lawrence Bacow, who grew up in Pontiac, Mich., is scheduled to speak at Detroit Homecoming, an annual event that welcomes high-profile Detroit “expats” back to the city to reconnect with their hometown and build relationships with each other.

Bacow was named the 29th president of Harvard in February and took office this summer.

“I am delighted that Harvard will be partnering with one of the country’s leading public research universities to make progress on issues that are among the most pressing of our time,” Bacow said. “Our teams will bring research-led insights to the issues of economic mobility and the opioid crisis, and working with Mayor Duggan and his team, seek to translate those insights into action.

“I am also excited to further deepen Harvard’s work in Michigan where we will engage with local partners, contribute to solutions and learn from collaborators in Detroit and beyond.”

The new partnership on economic mobility will create a plan to identify solution-based interventions in Detroit that will complement, support and strengthen the neighborhood revitalization, housing affordability and youth-focused initiatives previously announced and being implemented by Detroit Mayor Mike Duggan’s office.

At U-M, the work will be led by the Poverty Solutions initiative, created in 2016 to leverage the intellectual assets and academic scope of the university to make a major impact on reducing poverty and improving the lives of millions of Americans. Shaefer, the initiative’s director, is an associate professor at the U-M School of Social Work and Gerald R. Ford School of Public Policy.

Shaefer will partner with Harvard faculty and David Williams, director of policy for the Equality of Opportunity Project, whose mission is to understand the forces that influence whether ordinary Americans succeed or fail economically. The group’s recent work has illuminated the impact of race on a child’s economic prospects, what role colleges play in economic mobility, and how children’s neighborhoods shape their future economic success.

The group leverages large-scale administrative data to explore some of the most enduring beliefs and myths about American society in the pursuit of finding new evidence-based insights and solutions. Williams previously served as a senior adviser to Duggan and a member of the city of Detroit’s economic development team.

Duggan said he appreciated the partnership.

“We are trying to build a comeback that includes all Detroiters and we welcome the support of these two prestigious institutions in that effort,” he said.

In addition to the economic work between U-M and Harvard, the two organizations will collaborate on another complex societal issue: the opioid epidemic. The institutions note that while there are numerous efforts under way in cities across the country attempting to address the epidemic, there is a need to share proven approaches that will make a measurable and sustained difference.

The first of the universities’ joint policy summits on the opioid epidemic could be scheduled as soon as this winter, organizers said.

The summits will convene policymakers and experts from Michigan and Massachusetts and from across the institutions to share best practices and solutions regarding prescribing, prescription drug monitoring, drug overdose detection, access to treatment and criminal justice.

Chad Brummett, associate professor of anesthesiology and co-director of the Michigan Opioid Prescribing Engagement Network, will lead U-M’s role in the effort.

The summits will continue U-M’s work in combating the epidemic. Opi­­­oid Solutions, a resource developed by the U-M Office of Research, Injury Prevention Center and Institute for Healthcare Policy and Innovation, serves as a central hub for U-M research, educational activities and community outreach related to opioids.

Harvard’s work on the opioid partnership will be led by Mary T. Bassett, newly appointed director of the François-Xavier Bagnoud Center for Health and Human Rights at Harvard, the FXB Professor of the Practice of Health and Human Rights in the Department of Social and Behavioral Sciences at Harvard T.H. Chan School of Public Health, and former commissioner of the New York City Department of Health and Mental Hygiene.

Bassett is among the many Harvard faculty who are committed to improving outcomes in this area. As Harvard researchers work to analyze and understand the conditions that led to the opioid crisis and inform the development of interventions, doctors, nurses, and counselors at Harvard-affiliated hospitals and institutes are working to support those afflicted.

By bringing together academics and practitioners from across disciplines, Harvard and U-M seek to find scalable solutions to this national crisis that has touched nearly every community.

Massachusetts and Michigan have some of the nation’s highest rates of opioid-related deaths, according to the National Institute on Drug Abuse.