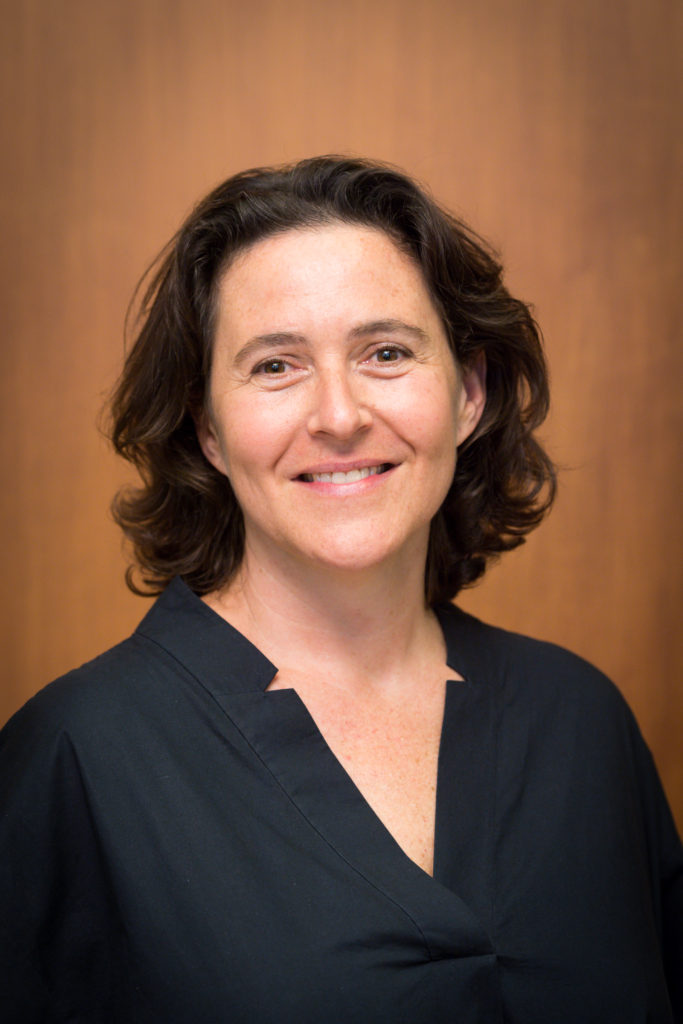 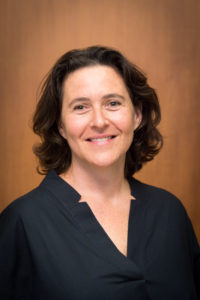 Anya Sirota, an associate professor of architecture at the University of Michigan Taubman College of Architecture & Urban Planning, also is an architectural designer and principal of the Detroit-based studio Akoaki, where she and her partner Jean Louis Farges work at the intersection of architecture and urban design. Their projects exploring socio-spatial strategies for urban activation have received recognition in international exhibitions, with recent work featured at the Vitra Design Museum, Saint Etienne Design Biennale and Chicago Cultural Center.

When did you decide that you were going to enter the competition to “reimagine Detroit’s arts and cultural district?”

Sirota: Everyone on our U.S.-based team has been working in the Detroit area for more than a decade now. We each have our own practices that have been deeply ingrained in Detroit’s cultural scene from multiple perspectives. As architects—my practice in particular—we’re rather averse to participating in competitions, but when this one came up it was impossible to resist because of its civic value, and because of how much we already knew about the potential of the proposal to create impact in the context of the city. We knew we needed to build a team that would have both the experience to be able to manage a project of this scale and the on-the-ground know-how of the cultural context.

How did your team come together?

Sirota: Locally we had the perfect storm of people—not only had we all worked together in some capacity before, but we all had such different skills. My studio, Akoaki, specializes in architecture, cultural programming and urban design. Rootoftwo are known for their innovative work work with technology, public art and public policy. Harley Etienne is a leader in planning. Agence Ter, our partners from France, are recognized for their international landscape and urban design projects.

How did your partnership with French landscape and urban design agency Agence Ter begin?

Sirota: It was very important for us to build a horizontal, egalitarian team. We were contacted by a number of international firms to be their local consultants on the project, and we said no to them because we wanted to fully participate in the conception, design and production of the project. I reached out to Agence Ter because I had met Olivier Philippe on a consultancy in Mexico City, and I liked his sensibility and vibe. I appreciated the visual neutrality of his studio’s work and the cultural sensitivity of their international projects, along with Ter’s tendency to design sustainable, deeply contextual spaces that age well. They had also worked on projects that were $200–$300 million in scale. I think it’s important to note that we might have been the only local studio to invite an outside firm, and I was delighted when Agence Ter agreed to come on board.

Can you talk more about Akoaki’s specific role?

Sirota: Akoaki is an architectural design studio that works at a range of scale. Over the past decade, we’ve been closely studying cultural infrastructure, equitable redevelopment and ways architecture can sponsor inclusive, collective experiences. Through our proposal, we’re hoping to communicate a story about ways architecture, landscape, and cultural programming can provide a framework, one that will accommodate the future evolution of cultural production in the city. We are also deeply concerned with questions of beauty and aesthetic invention, and we focused on bringing a visual sensibility that’s distinctly Detroit for optimal social inclusion and urban activation. 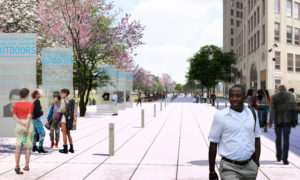 Can you provide a specific example of this approach from your proposal?

Sirota: We proposed to build a pavilion at the east edge of the district that we affectionately called the “Data Jockey Booth.” Urbanistically, we were all in agreement that Brush Street needed a marker, an architectural element creating a sense of arrival. We also knew from rootoftwo that we needed a space to communicate the presence of new technology on site, and we knew from our understanding of the cultural context that a “D.J. booth” would resonate well with public programming in a city that loves its pulsating music scene. We also felt that the pavilion could be playful and tectonic, serving both high-tech needs such data collection and systems controls, but also straight-up activities with turntables and dance parties.

What are your next steps?

Sirota: One of the radical things about this proposal is that it’s not calcified or absolute; It’s designed to evolve. We’ve provided an operational diagram rather than a finished proposal, and now it needs to be adjusted with real input from all of the stakeholders and community. It’s worth acknowledging that this is a very unusual type of competition entry. Having been selected, it feels very good to have the confidence of the participating institutions and the city — each willing to work with us on a process that will hopefully culminate in a response calibrated to many parallel and individual needs, while still retaining a sense of unity and place. The competition organizers are taking a chance on a project dedicated to creating inclusive social environments through process driven work, rather than selected a finished visual element that may or may not be sustainable in the future. But we believe that the approach, emphasizing flexibility, adaptability, and engagement, will support the design of a truly exciting destination for all. 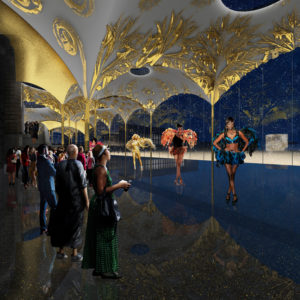 Sirota: We were asked to think about how 12 institutions can collaborate and share certain features and amenities in the district. From the get go, we imagined a 13th institution: a projective convergence of cultural actors, neighborhood advocates, urban activists, purveyors of micro-utopian infrastructures—people we have encountered and worked with through all of our networks. We imagined this shape-shifting group as a productive and powerful force that might find space and presence at the site. So it wasn’t like we had one conversation at a single community outreach event that helped instigate an idea—our team has had countless conversation that have contributed to this proposal. But more specifically, we’re currently looking for a public storefront in Detroit because we want to be accessible and we want to invite people to come in and ask questions. After all, we anticipate that this project may take around 10 years to complete.