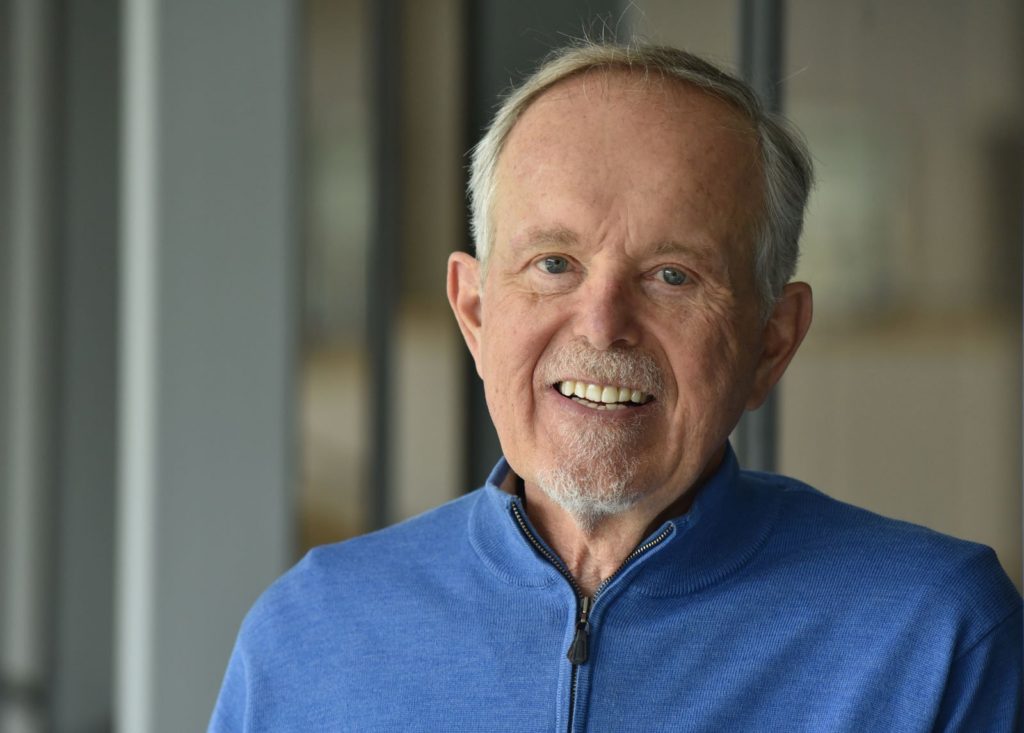 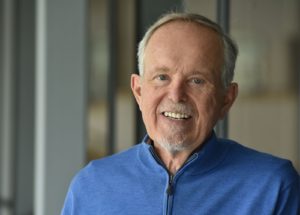 University of Michigan professor Doug Kelbaugh built his first major architectural project in 1975, a “passive solar” house near his alma mater Princeton University. Since then, he has held a formidable place at the forefront of sustainable architecture and urban planning. He is credited with founding the passive solar and New Urbanism movements and was awarded the American Institute of Architects’ Topaz Medallion in 2016, the highest award in the field of architectural education.

As the dean of U-M’s Taubman College of Architecture and Urban Planning from 1998 to 2008, Kelbaugh spent considerable time in Detroit, and brought his popular design charrettes to the city with his U-M colleagues. After a two-year leave to work as Executive Director of Design and Planning for a development company in Dubai, Kelbaugh returned to U-M, where he continues to teach. He is retiring after this term and moving to Seattle with his wife, selling his beloved Armory condo in Kerrytown.

How did you enter the world of sustainable architecture?

Kelbaugh: I had read an article in an architecture magazine about a solar test cell, and so I thought, ‘Let’s try that.’ That was the impetus for a group of architects and myself to start the passive solar movement. It was pioneering at the time, but since most of the work was being done in the Southwest, it was unique to build a passive solar house in New Jersey. That house became extremely well published, and suddenly I was a passive solar architect with a national reputation. The house became so famous that we would have busloads of architects come by for tours.

Could you explain passive solar architecture?

Kelbaugh: Solar houses are divided into active and passive. Active solar houses have collectors on the roof that circulate a hot fluid, typically water, from the roof down to a heat exchanger. The collectors are separate items placed on the roof. Passive solar systems, however, are integrated into the house. They store heat in the house itself, and on a basic level, this is done through architectural designs such as thick, massive walls and floors. It’s an architectural solution, whereas active solar is a solution with engineered equipment. The only moving part in a passive solar house is the sun itself.

You have spent considerable time in Detroit while working at U-M. What did the city mean for your academic career?

Kelbaugh: It’s a great city for urban case studies. When I was dean at Taubman College, I thought it would be good to have a prominent foothold in Detroit. We started by doing five-day charrettes there, where our faculty, staff, and students would move to Detroit with industry professionals and work on a neighborhood or district development site. They would compete in teams, developing different ideas and eventually presenting these ideas to the public. This eventually led to the U-M Detroit Center, a place that I helped develop to connect U-M to the people of Detroit.

What are sustainable architecture issues that you seen in Detroit at the moment? How can these issues be resolved?

Kelbaugh: Detroit is getting very hot thermally. There are urban heat islands developing because much of Detroit has dark pavement, buildings with dark roofs, and few trees. Added green spaces would help, but revitalized development is needed as well. One of the ways sustainable architecture and planning can work is through transit-oriented development. For instance, some of our charrettes in the ’90s focused on transit friendly neighborhoods in Detroit’s inner 7.2 square miles. That area is doing very well now, and transit-oriented development has certainly helped.

Why is the inner 7.2 square miles of Detroit promising in terms of sustainable architecture?

Kelbaugh: Now that the city is experiencing a resurgence, the inner 7.2 square miles of Detroit is practicing good urbanism. It’s walkable and bikeable, and old buildings are being renovated and upgraded, which is innately energy efficient. Being less auto dependent is a huge advantage, and transit-oriented development with the tram and a new Amtrak station is real progress. Places such as Portland or Chicago are actually good models for Detroit as transit-oriented development becomes better integrated. The best models, however, are in Europe, places such as Vienna and Barcelona. 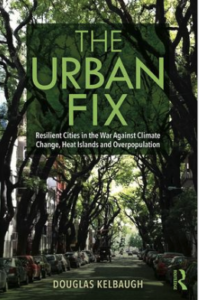 Tell us about your new book, “THE URBAN FIX: Resilient Cities in the War against Climate Change, Heat Islands and Overpopulation.”

Kelbaugh: This book is a monumental work for me. It took me seven years to complete, five years of research and two years of writing. I believe it’s the first book to overtly connect climate change and urban heat islands with overpopulation. I wanted to include overpopulation because it’s not how much individual energy we use, but rather the collective energy. I think it’s also the first book to overtly state that cities are our last best chance in the war against climate change. People who live in cities have smaller carbon footprints, and that’s largely due to walkability, transit, and shared dwelling units that share walls and infrastructure.

Since you are retiring after this semester, what does the future have in store for you?

Kelbaugh: My wife and I didn’t expect to stay 21 years in Ann Arbor, but we have been very happy, and I don’t think we’ll be able to replace everything we have here. In terms of sustainable design, Ann Arbor’s Kerrytown neighborhood, where we live, has an extremely high walk score (a metric that measures a neighborhood’s walkability to necessities and amenities), the highest in Michigan and the Midwest. Living here is literally as good as it gets. I’m not sure what I’m going to do once we move to Seattle. I guess I’ll teach a little at the University of Washington since I’m going to need something to do. And of course, I’ll spend time with the grandkids, and pen a few essays.