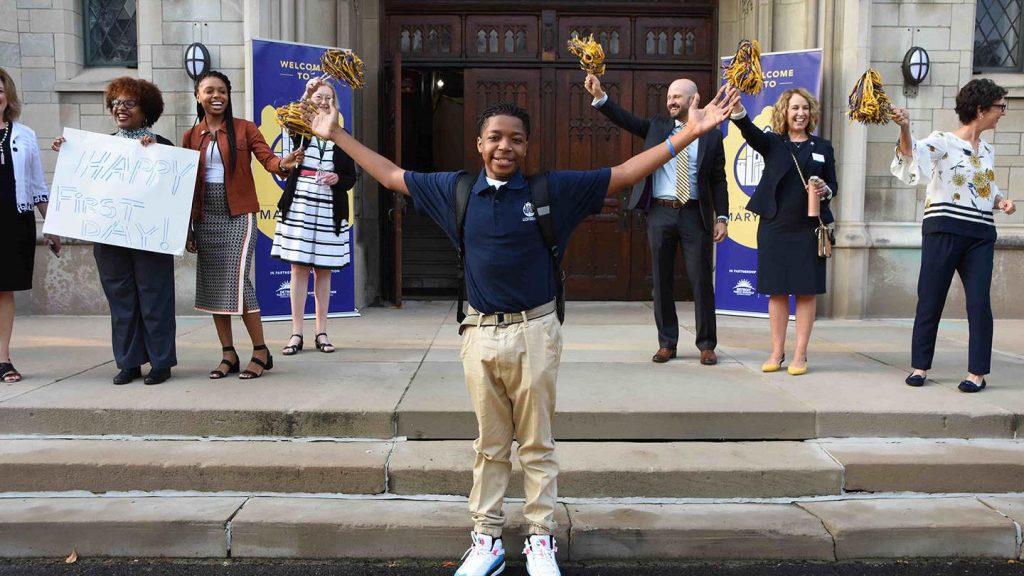 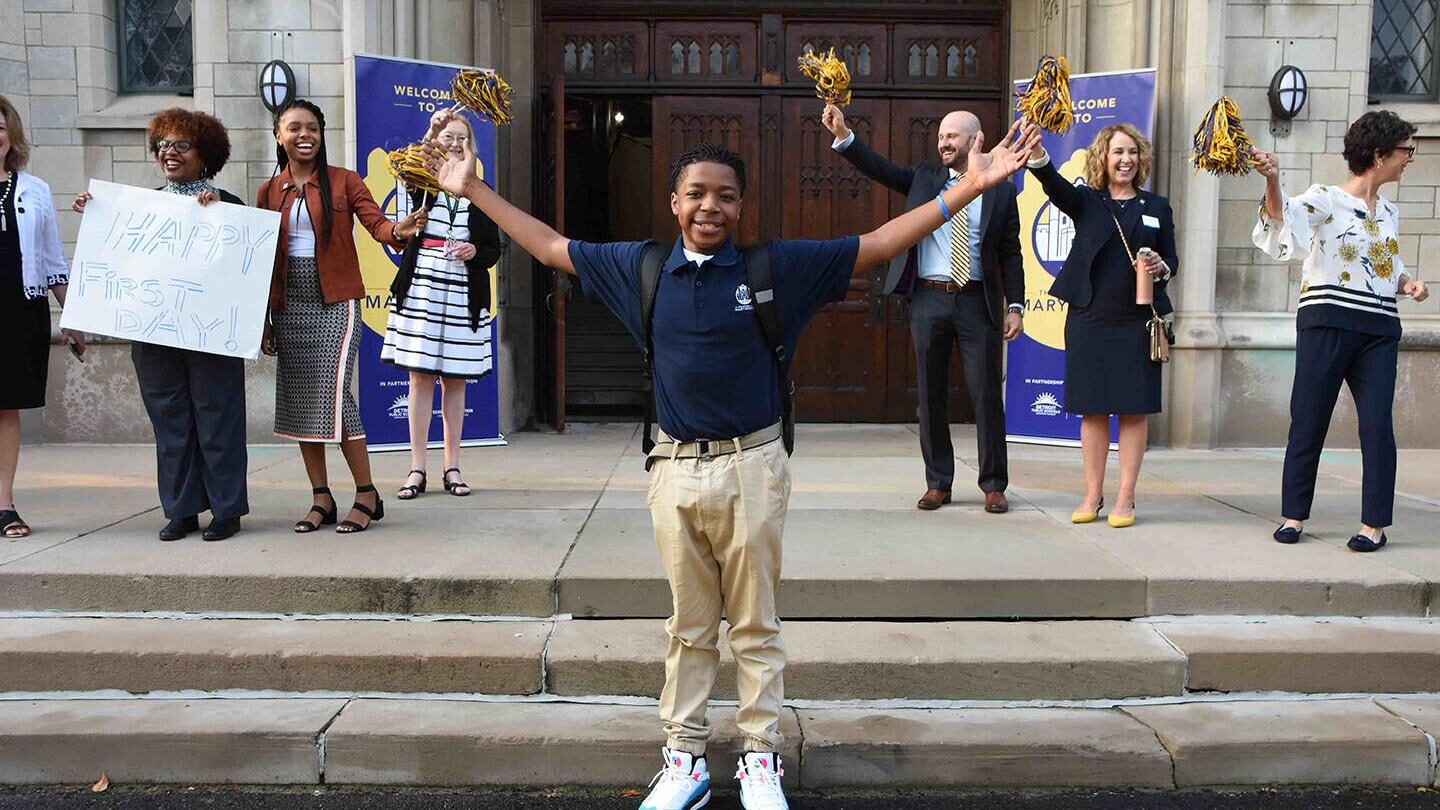 Students arrive for the first day of classes at The School at Marygrove on Sept. 3, 2019. The school is a partnership among the U-M School of Education, Detroit Public Schools Community District, The Kresge Foundation, Starfish Family Services, and the Marygrove Conservancy. School of Education Dean Elizabeth Birr Moje is second from right. 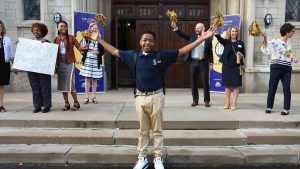 Students arrive for the first day of classes at The School at Marygrove on Sept. 3, 2019. The school is a partnership among the U-M School of Education, Detroit Public Schools Community District, The Kresge Foundation, Starfish Family Services, and the Marygrove Conservancy. School of Education Dean Elizabeth Birr Moje is second from right.

The University of Michigan’s decades-long commitment to engagement in its founding city of Detroit has grown stronger in recent years.

Increased interest by faculty, staff, students and alumni from U-M’s three campuses for research and partnership opportunities has led to a surge of collaborations with the community, according to the U-M provost’s office. And that sparked the desire for a more cohesive approach to the university’s engagement.

The approach is guided by U-M’s principles for engagement, as described in a 2017 report from a task force examining U-M’s engagement in Detroit. They are:

“With more U-M activity and interest in Detroit, the need has arisen for a larger, well-supported infrastructure grounded in principles of engagement that emphasize mutual benefit and partnership with the people, community leaders and organizations in Detroit,” the report stated.

“The principles are broad in scope, and expansive enough to encompass a wide range of implementation and practice.”

The university has hundreds of research and engagement projects ongoing at any one time that involve collaborating with neighborhoods, community groups, schools, cultural organizations and governmental bodies throughout the city, according to the provost’s office.

“Both our new and long-standing partnerships across disciplines, sectors and geographic locations exemplify the breadth and depth of our continued work together,” said Provost Susan Collins.

The report plots a roadmap for the university to have greater impact in its work in and with Detroit and its residents.

Some of the endeavors started since 2017 include:

The Detroit Partnership on Economic Mobility between Poverty Solutions and the city of Detroit launched 27 projects in 2019 alone and engaged with more than 70 community organizations and neighborhood groups in Detroit to guide research aimed at promoting economic mobility. For example, it lends research and data support to Brilliant Detroit’s collective impact work in early literacy.

“Poverty Solutions’ work is unparalleled. I have had the distinct pleasure to work with them on several projects. The depth, care, and pure technical skill is without match regardless of which team member you are working with. In addition, the way they approach the efforts they undertake always puts people first,” said Cindy Eggleton, co-founder and CEO of Brilliant Detroit.

The university’s engagements in Detroit, the city where it was founded in 1817, range from student organizations and social change projects, courses and K-12 programs, and community-academic research projects to business engagement and collaborations with city government and neighborhood organizations.

The task force’s report is used as a guide across campus to ensure that research and engagement projects are conducted in an equitable and mutually beneficial manner. 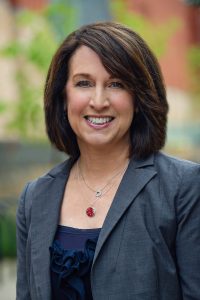 Elizabeth Birr Moje, dean of the University of Michigan School of Education.

One example of this approach comes from the U-M School of Education. It is, one of several organizations forming a cradle-to-career educational partnership on the former campus of Marygrove College in northwest Detroit.

It includes an early childhood education center, a new K-12 school and the introduction of an innovative teacher education program modeled after hospital residency programs. The Detroit P-20 Partnership places education at the center of community revitalization efforts in the Livernois-McNichols district in northwest Detroit.

“The magnitude of this partnership is priceless in that it expands the city’s portfolio of high-demand, unique traditional public school options, and develops a much-needed teacher pipeline with one of the top universities in the country,” said Nikolai Vitti, superintendent of Detroit Public Schools Community District.

Another example is the Detroit Community-Academic Urban Research Center. Recognizing community expertise and knowledge has been at the heart of its work in the past 25 years, using a community-based participatory research approach that equitably engages U-M researchers and community groups on projects aimed at achieving health equity in Detroit.

The center-affiliated work with the Community Action to Promote Healthy Environments partnership emerged directly out of priorities identified by Detroit residents. . One member of that partnership, the Southwest Detroit Community Benefits Coalition, led a community organizing effort that won $48 million to help defray adverse impacts of the new Gordie Howe International Bridge being built in Detroit.

Community Action partners conducted a health health-impact assessment of the bridge, which was used to inform decisions about how to use that money, for example, by retrofitting homes to reduce the amount of pollution getting indoors, and by supporting residents who chose to relocate.

The Urban Collaboratory brings together faculty and students from across campus in collaboration with city leaders and residents to identify and address emerging challenges in 21st-century urban centers. 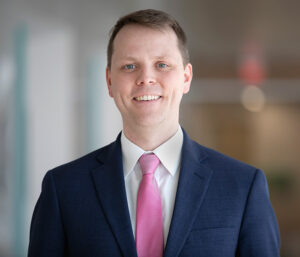 In Detroit, Urban Collaboratory co-director Jerome Lynch partnered with the Detroit Riverfront Conservancy to use data collected by remote sensors and security cameras to better understand how people are using the riverfront and to inform strategies to improve the park design and make it more inviting to local communities.

The project empowers Detroit youth with the tools and methods necessary to observe and analyze the physical, social, and natural systems that affect their communities for improved community-based decision making. Through this work, youth are positioned as agents of change for their city. The principles and practices of the Sensors curriculum are integrated into The School at Marygrove curriculum that’s part of the Detroit P-20 Partnership.

Semester in Detroit, U-M’s long-standing urban studies immersion program that began in 2008, provides undergraduate students with transformative and reciprocal engagement opportunities with community partners. During the fall 2020 program, students participated in both virtual and hybrid internships with the Detroit Justice Center, United Community Housing Coalition and 482Forward. It also hosts the Detroiters Speak community classroom series in partnership with the General Baker Institute. The current series – Pandemic Politics: From Lockdown to Liberation – can be viewed on Youtube for the remaining sessions (March 10, 24 and 31st at 7pm.) SiD plans to host 20 students for a more robust hybrid version of the program this spring. Applications are being accepted now for the fall 2021 program. 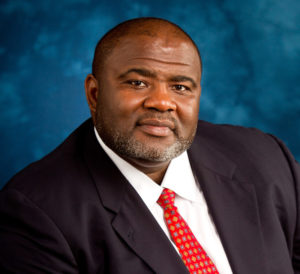 The task force, chaired by Robert Sellers, vice provost and chief diversity officer, was comprised of representatives from all areas of campus:

In addition, the task force recognized the significant challenge of transportation between Detroit and the U-M campuses, and made the additional recommendation of providing robust transportation options. Read the full report.

Related story: U-M’s partnerships, initiatives in Detroit on the rise during pandemic