The Emerging Leader Award honors Detroit natives – usually below the age of 40 – who graduated from the University of Michigan and made notable contributions to their disciplines. The Outstanding Service Award honors University of Michigan faculty or staff who embody the University’s commitment the state’s largest city as exemplified by their distinguished service to the people and organizations of the city of Detroit.

Nominate an outstanding individual for the Emerging Leader Award. 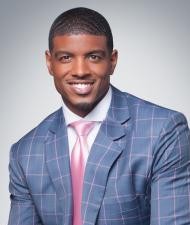 Born and raised on Detroit’s west side, Shawn Blanchard is a Mackenzie High School alumnus who earned a Bachelor of Arts in Mathematical Economics from the University of Michigan in 2005. He moved to New York where he attended City College and earned a Master of Science in Secondary Math Education. While in New York, Blanchard co-founded Men of Majesty, a mentoring program for at-risk youth. In addition, he taught at Holcombe L. Rucker High School in the Bronx and served as the Mathematics Department Chair. While leading the department, Blanchard’s school placed amongst the top five-percent in New York City.

Upon returning to Michigan, Blanchard has continued to serve the city of Detroit with the same energy and passion that he always had. In 2012, he co-founded Networking Out, LLC, helping to build healthier lifestyle habits through fitness, education and personal/professional collaborations. He is also co-creator of Run This Town, a fitness movement that attracts hundreds of business professionals every week on the Riverfront for exercise and information exchange.

In 2014, Detroit Mayor Mike Duggan appointed Blanchard as Director of Youth Services. The goal of this position is to engage the city’s youth and encourage healthy habits, resulting in productive and impactful citizens.

Among his awards and accolades, Blanchard has received the Spirit of Detroit Award, Community Service Award presented by Ford Motor Company, and was the recipient of the Black Male Engagement Award for his efforts to create community partnerships through Run This Town. He was also the 2013 BMe Leadership Award recipient, as well as featured as Essence Magazine’s “Man of the Month” and by CNN’s “Impact Your World” in 2015. 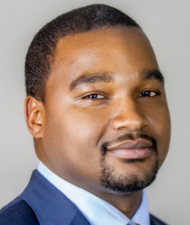 James Logan is the founder and CEO of Hire Level Coaching, a high-performance career coaching firm for young professionals. He is a regular guest on Fox 2 Detroit’s Job Shop and shares his expertise through keynote speeches, weekly workshops, and panel discussions. Hire Level Coaching has helped more than 400 people advance their careers through one-on- one coaching and many more through group coaching.

Prior to running his company full-time, Logan served as the BBA Program Outreach Coordinator for the Ross School of Business at the University of Michigan where he helped underrepresented students gain access to one of the best undergraduate business programs in the world. Prior to Ross, James worked as the International Recruitment and Marketing Coordinator for the University of Michigan-Flint where he traveled to more than 30 countries to recruit international students.

James graduated with a B.A. in Sociology from the University of Michigan in 2008. While a student at Michigan, James walked onto the football team, winning a Big Ten Championship during his freshman season. A Detroit native, Logan received the Mumford High School Alumni Achievement Award in 2010, where he also delivered that year’s commencement address.

As a result of his community service efforts, Logan has won multiple campus and statewide leadership awards. In 2015, he won three awards for his dedication to helping people realize their goals: the “Five under 10 Award” by the University of Michigan Black Alumni Association, the Michigan Chronicle’s “40 Under 40 Award,” and the Sprit of Detroit Award from the Detroit City Council. 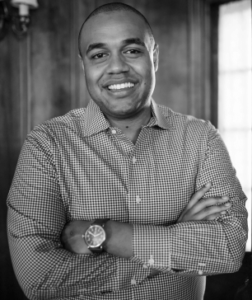 Hailing from the Detroit area, Dexter Mason is a 2013 graduate from the University of Michigan, where he earned his Bachelor of Arts degree in Sport Management within the School of Kinesiology. Currently, Dexter serves as Director of Events & Marketing for the Ross Initiative in Sports for Equality (RISE). Founded in 2015 by Miami Dolphins Owner, Stephen M. Ross, RISE is a national non-profit organization that educates and empowers the sports community to eliminate racial discrimination, champion social justice and improve race relations.

During his time at the University of Michigan, Dexter used his experiences outside of the classroom to shape his experience on campus. He was president of the Sport Business Association, served as Student Manager for the Men’s Basketball Team and was a Student Representative on the School of Kinesiology’s Alumni Board of Governors. In addition, Dexter was an active member of the Sigma Chapter of Kappa Alpha Psi Fraternity, Inc. and he was presented with the “Michigan Difference Award” from the University of Michigan’s NAACP Chapter due to his service and leadership on campus.

After attending U-M, Dexter moved to Washington, DC and earned a Masters of Professional Studies in Sports Industry Management from Georgetown University. His time in the Nation’s Capital was denied by public service through his role as Staff Assistant for United States Senator Gary C. Peter and serving as a political appointee in White House Operations during President Barack H. Obama’s Administration.

Since returning to Detroit, Dexter has been serving his community through engagement and mentorship. Currently, Dexter serves on the Board of Trustees for the Michigan Opera Theatre, the University of Michigan School of Kinesiology Alumni Society’s Board of Governors and the Methodist Children’s Home Society’s “Champions for Children” Advisory Board. In addition, he actively volunteers as a mentor for the FATE Program, a four-year, cohort-based program for high school students in northwest Detroit. In 2019, Dexter was selected as a Fellow in the Michigan Political Leadership Program.

In his spare time, Dexter loves rooting for his Michigan Wolverines in any sport, competing in full and half-marathon races, and creating memories with his family and friends. 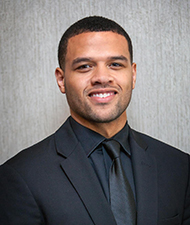 David Merritt was born on February 26th, 1986 in Detroit, Michigan. Merritt attended the University of Michigan on an academic scholarship, and later was selected as a walk-on to the Men’s Basketball team in 2006. During his last year in 2008-2009, he served as a Captain. Merritt graduated with a Bachelors degree in Sports Management and also served as a Radio Color Commentator for the Michigan IMG Sports Network from 2009-2013.

Since his time at Michigan, Merritt launched a cause-based fashion brand and storefront called Merit. 20% of the company’s profits fund Merit’s youth program, FATE. The FATE Program partners with the Jalen Rose Leadership Academy in Detroit, preparing underserved youth to embrace their education and become world-class citizens. Merritt also serves as an Associate Pastor at the Straight Gate International Church in Detroit, MI, and is part owner of the Narrow Way Café & Shop. 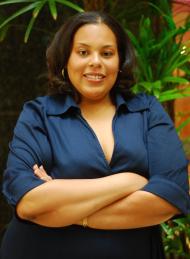 Palencia Mobley, P.E., a native Detroiter and graduate of Renaissance High School, earned a Bachelor of Science degree in Chemical Engineering from the University of Michigan in 2001. She went on to earn a Master of Science in Civil Engineering from Wayne State and at the age of 26, becoming one of the youngest women of color to be licensed as a Professional Engineer (P.E.) in the state of Michigan.

As an engineer, Mobley worked as a designer for water and waste treatment facilities at Tetra Tech in Detroit. In 2005, she ran for Detroit city council and was endorsed by the Detroit News. In 2010, Mobley was the Vice Chair of Fusion, a division of the Detroit Regional Chamber for young professionals. She has volunteered for the Water Access Volunteer Effort (WAVE), which provides assistance to low income families in Detroit for their water bills. Additionally, she has served on the Junior Board of Boys Hope Girls Hope of Detroit, which provides residential and academic scholarships for Detroit youth to attend parochial schools throughout the metropolitan area. Currently, she works as the Mayor’s Office Liaison to the Detroit City Council.

Among her honors, the U-M African American Alumni Council recognized her in 2007 with the Five Under Ten Award. In 2008, she was honored with the Young Engineer of the Year Award given by the Michigan Society of Professional Engineers. Mobley also received the Michigan Chronicle’s Front Page Forty Under Forty Award in 2012. As a resident of Detroit, she is highly regarded by her peers for her dedication and commitment to her community. 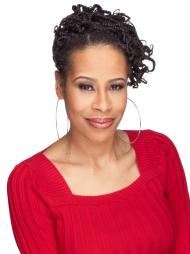 Ms. Morisseau is currently developing a three-play cycle on her hometown of Detroit, entitled “The Detroit Projects.” Detroit ’67 is the first of the series, followed by Paradise Blue. The later play was developed at the Voice and Vision Retreat in New York, ACT’s Hansberry Project in Seattle, Dartmouth College with New York Theatre Workshop, and McCarter Theatre in Princeton. Ms. Morisseau’s work has also been published in New York Times bestseller, Chicken Soup for the African American Soul and in the Harlem-based literary journal Signifyin’ Harlem. Among her honors, she is a Jane Chambers Playwriting Award honoree, two-time NAACP Image Award recipient, runner-up for the Princess Grace Award, recipient of the Elizabeth George commission from South Coast Rep, commendation honoree for the Primus Prize by the American Theatre Critics Association, winner of the Barrie and Bernice Stavis Playwriting Award, and the 2012 PoNY (Playwrights of New York) Fellow.