The University of Michigan Detroit Center (UMDC) is proud to present Distinctly Detroit, a podcast exploring the crossover of U of M community members living and working in Detroit. Join our host, UMDC Director, Feodies Shipp III, as he interviews scholars, innovators, and leaders to learn about their meaningful advances in Detroit’s civic, community, commercial, and cultural arenas. 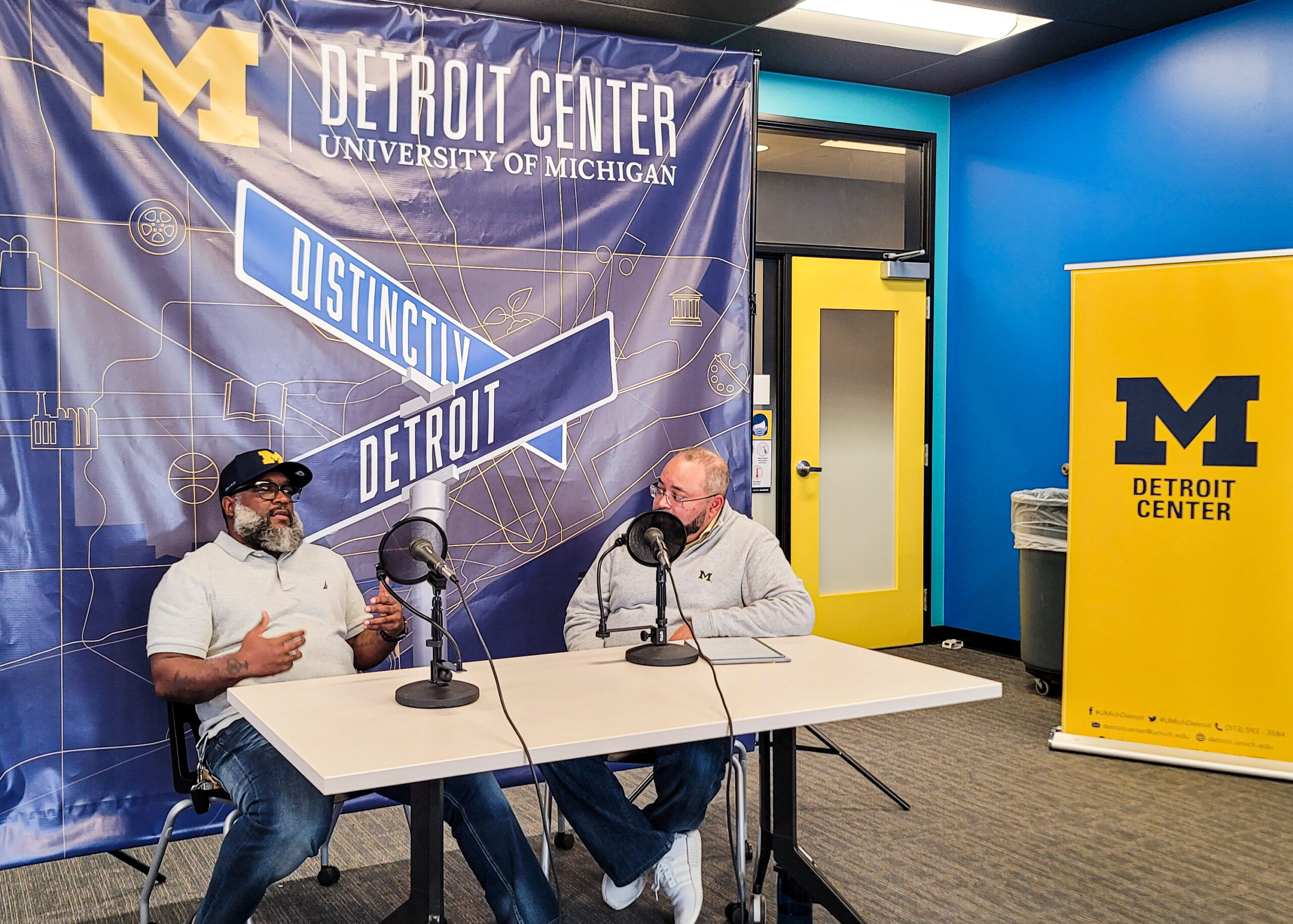 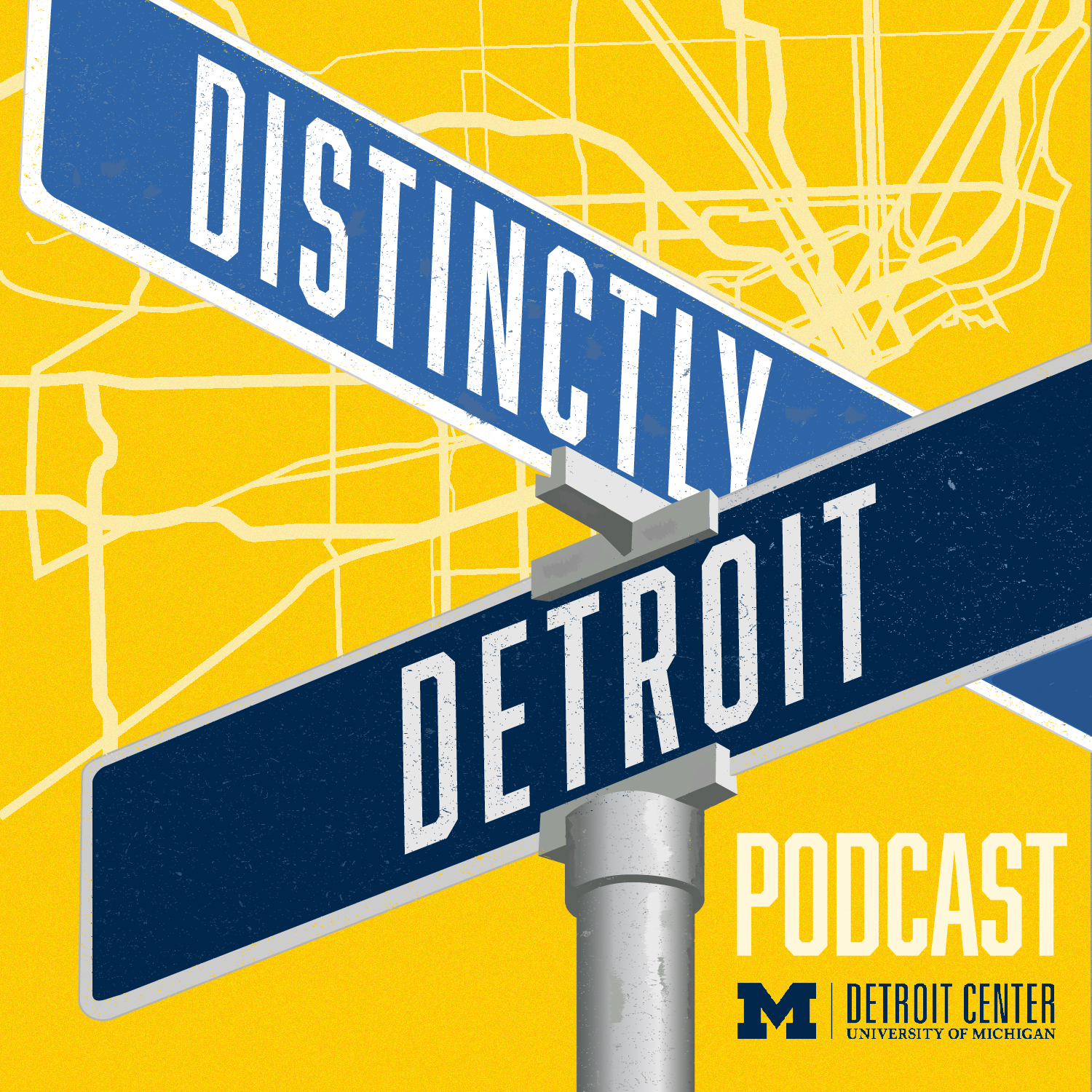 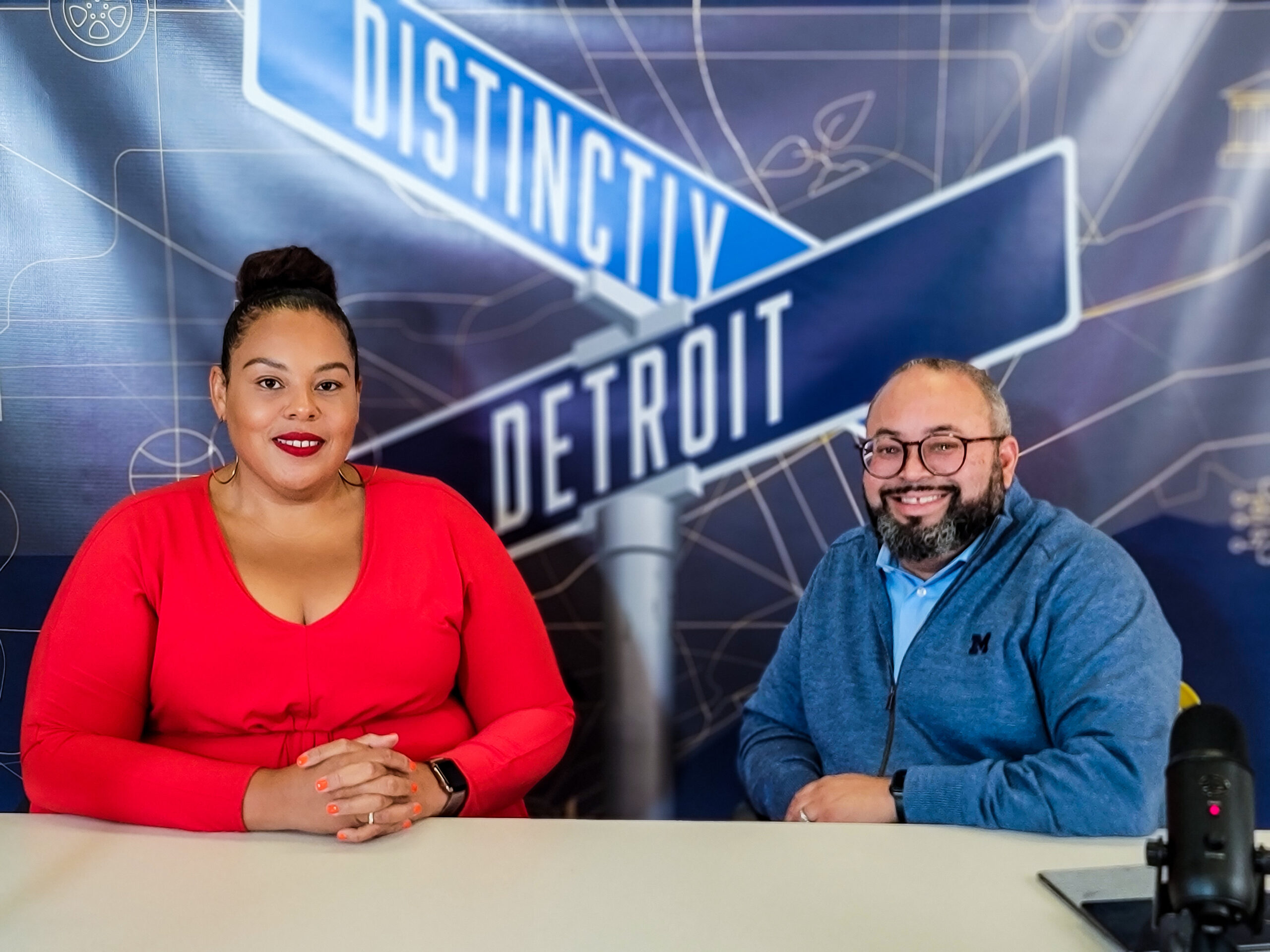 In this episode of Distinctly Detroit, Feodies probes the political mind of a native Washingtonian planted in the city of Detroit. He currently serves as a Senior Consultant for Guide House Consulting and is an alumnus of the University of Michigan Ford School of Public Policy. We are proud to welcome Jai Singletary for our season two debut of the DDP!

In this episode of the Distinctly Detroit Podcast, Feodies hosts a visionary leader with 20 years of experience in government, private industry, and the non-profit sector. She is the Deputy Director/Chief Engineer for the Detroit Water and Sewerage Department; and an Alumna of the University of Michigan College of Engineering. DDP proudly welcomes Palencia Mobley.

Today’s guest transformed himself from a Zone 8 thug to a freedom fighter. He’s a father, author, youth mentor, inspirational speaker, community organizer, and business owner. He’s the Director of “Restoring The Neighbor Back To The Hood” and Alumnus of the University of Michigan School of Social Work. On this episode the DDP warmly welcomes Yusef “Bunchy” Shakur.

In Episode 4, Distinctly Detroit explores the mind of an “African Centered Historian” whose tours have educated young and old about the African and African American History in the city of Detroit. He has been featured on C-Span, American History TV, and is the creator of the Black Scroll Network. Michigan Governor Gretchen Whitmer recently appointed him to the State of Michigan’s Freedom Trail Commission. Today we welcome the city of Detroit’s first “Official Historian” Jamon Jordan to the DDP.

Our guest today is a native Detroiter and graduate of Detroit Public Schools, the University of Michigan, and Wayne State University.  She has worked in Detroit Public Schools for more than 20 years. Originally a middle school Science teacher and currently the Deputy Superintendent External Partnerships, Enrollment and Specialty programming for the Detroit Public School District. There were a lot more positions and responsibilities in between. We are going to explore it all with Alycia Meriweather.

In this episode we speak with the founder and Chief Executive Officer of Dunamis Clean Energy Partners, LLC. She’s recognized as the first African American woman owned Electric Vehicle Charging Manufacturer. Prior to forming Dunamis, she served as co-founder, Vice President and General Counsel of J.King Solar Technologies, LLC. She is a licensed corporate and real estate attorney with a big heart.  She’s fed thousands of homeless and hungry citizens in Detroit with her annual “Backyard BBQ” event. A native Detroiter earning her Undergraduate degree from the University of Michigan and Juris Doctorate degree from Wayne State University Law School. She’s an Attorney, Professor, Author, and recipient of the 2021 “Entrepreneur of the Year Award” for Michigan and Northwest Ohio. We welcome Natalie King to episode 5 of the DDP.

Our guest today was an All-American Linebacker and Captain of the University of Michigan Wolverines football team.  He’s managed business ventures for Fortune 500 companies such as Amazon, McDonalds and Tysons Foods. His personal client portfolio included Tiger Woods, Derek Jeter, and Venus and Serena Williams.  He combined a sales career with an athletic career and is currently the Vice President of Sales for Smith & Nephew Inc.; a Global Medical Technology company.  He holds an undergraduate degree in Sports Management & Communications, and a graduate degree in Kinesiology; both from the University of Michigan.    Today we are privileged to speak with “Texan” Jarrett Irons. Welcome to the DDP Episode 7.

Today’s guest is a successful senior executive that specializes in International team building, team management, and implementing change that delivers innovative solutions to organizational issues.  He served our country as an Air Force Electronic Technician; he served our community as a high school teacher for Detroit Public Schools; and he devoted more than 25 years to Ford Motor Company as a Director.  He received a Bachelor degree from Wayne State University and a MBA from Michigan State University.  He is currently the President/CEO of J3P Enterprise LLC., and Director of the Michigan Engineering Zone at the University of Michigan Detroit Center.  The DDP welcomes Julian E. Pater, III.

Our guest today was born in Puerto Rico but raised in Southwest Detroit. He is an Activist, Educator, Historian, and Musician that has served the community by being directly involved. He has a passion for celebrating music and culture to impact social change. He has held numerous human service, academic, and cultural roles to promote and celebrate Detroit’s Latin community. A former “Michigander of the Year” and current leader of the Latin/Jazz Salsa Band La Inspiracion…the “Bomba King”…Osvaldo “Ozzie” Rivera joins the DDP!

Join host Katie Lehman as she interviews Dr. Riana Anderson of the Department of Health Behavior and Health Education at the University of Michigan’s School of Public Health. Dr. Anderson was born and raised in Detroit, MI and has returned after living, studying, and working across the country. She is the developer and director of the EMBRace (Engaging, Managing, and Bonding through Race) intervention and loves to translate her work for a variety of audiences, particularly those whom she serves in the community. Join us as we talk about her work and life in Detroit.

Join us for episode two of Distinctly Detroit as host Katie Lehman interviews Allandra Bulger, Executive Director of Co.act Detroit. Allandra is a lifelong Detroiter, with five generations of her family all living within the city of Detroit. Prior to launching Co.act Detroit, Allandra has an illustrious career with nonprofits in the city. Listen this week to hear her talk about the landscape of Detroit and how her work helps nonprofits around the city.

Host Katie Lehman interviews Justin Erickson, the Program Manager for the Detroit Neighborhood Entrepreneurs Project. Justin is the direct liaison between small businesses and Detroit partners, and U-M faculty and students involved with DNEP. He holds a Master of Arts from The Fletcher School at Tufts University specializing in international law and economic development, and a Bachelor of Arts in Political Science from the University of Michigan.

In the latest episode of Distinctly Detroit, host Katie Lehman interviews Oliver Ragsdale Jr., President & Chief Executive Officer of the Arts League of Michigan and the Carr Center. His main focus over the years has been for the organization to provide world class arts programming and educational opportunities to the Detroit community. Additionally, Oliver is a highly prolific producer and musician. Over the span of his 45 year career, he has presented and/or produced literally hundreds of arts and culture performances and exhibitions. Join us for a lively conversation about Oliver’s career as well as arts and culture in Detroit.

Join us for the latest episode of Distinctly Detroit. Host Katie Benjamin interviews Feodies Shipp, Director of the University of Michigan Detroit Center. Born and raised in Detroit, Feodies earned his B.A. in History from U-M and his M.A. in educational leadership from Eastern Michigan University before starting his career in higher education with the U-M Career Center in 1995. From 1996 to 2010, he worked in the university’s Office of Undergraduate Admissions first as an admissions counselor and then as assistant director before accepting a new role and the Detroit Center. Listen in to hear more about his experiences and the University of Michigan Detroit Center.

Check out the latest episode of Distinctly Detroit. Host Katie Benjamin interviews Dr. Tracy S. Hall, Executive Director of the Office of Metropolitan Impact with U of M Dearborn. Tracy has a wide range of experience and expertise in higher administration, nonprofits, and public policy.

Join us for another episode of Distinctly Detroit featuring University of Michigan alumnus Rod Beard. Since 2001, Rod Beard has worked in various roles with The Detroit News, beginning with high school sports and advancing to cover the Michigan basketball beat for five years and most recently the Detroit Pistons beat, since 2015.

Join host Katie Benjamin as she interviews Dennis Archer Jr. Dennis is the CEO of Ignition Media Group, a leading integrated marketing agency, and president and founding  partner of Archer Corporate Services (ACS). Archer’s hospitality holding company, Congress Hospitality, is creator and managing  partner of Central Kitchen + Bar, named by The Detroit Free Press as one of Detroit’s top restaurants of the year, within a year of opening.

Host Katie Benjamin interviews Michael Cheatham, native Detroiter and Banking Center Manager for Comerica Bank. After graduation from the University of Michigan, Michael’s long career with Comerica Bank has kept him in the city of Detroit. Hear him talk about giving back to the community and how he has gotten to where he is today.