Iron Teaching Rocks How to Rust

Dabls created a place that has its own time, what Octavio Paz would call “mythological time.” Mythological time, Paz writes, is “impregnated with all the particulars of our lives: it is as long as eternity or as short as a breath, ominous or propitious, fecund or sterile.” Mythological, or poetic, time is set in opposition to chronometric time, which marches on despite individual experiences, or the particularities of our lives. Thus, it is all the more significant that Dabls chose rocks as the metaphorical index of the African experience. Rocks, the stable timepieces of geologic time, mark the ever-flowing present in layers of “now.” Their sedimentary calendars inscribe temporalities that far exceed human experience. Yet, through his elaborated cosmology, Dabls’ rocks are thrust into a mythological time that remains forever relevant to today’s present.

– Excerpt from Iron Teaching Rocks How to Rust

Made in collaboration with Detroit artist and storyteller, Olayami Dabls, Iron Teaching Rocks How to Rust is both an allegorical fable and documentation of Dabls’ sprawling seminal art installation on Detroit’s westside. A book within a book, and a companion to both the installation and film by Julia Yezbick (excerpt below), Iron Teaching Rocks How to Rust encourages free association between various aspects of Dabls’ story. 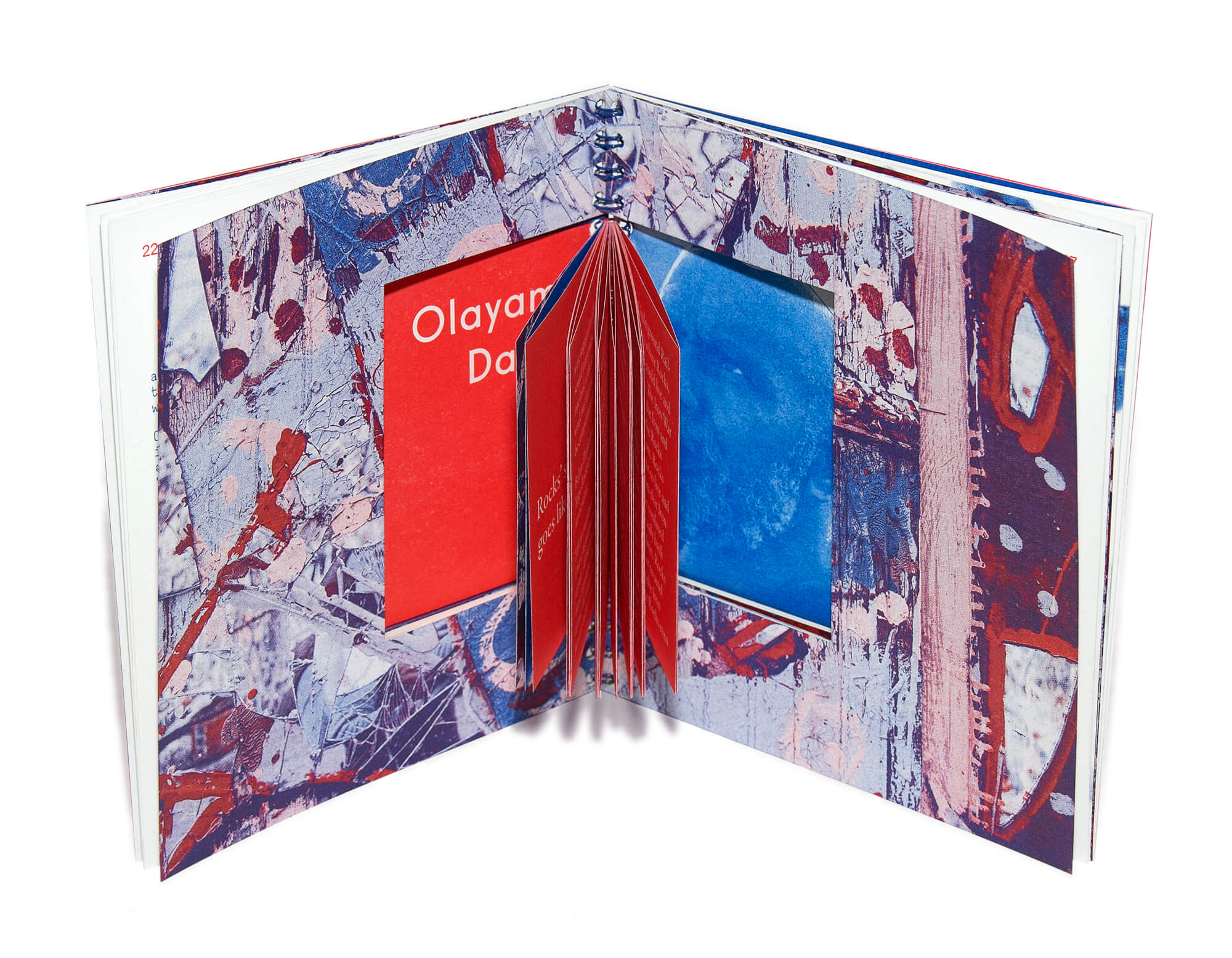 Iron Teaching How to Rust is available at Dabls’ MBAD African Bead Museum in Detroit and online from Flint Magazine and Issue Press.

An excerpt of the film, How to Rust, by Julia Yezbick:

Benjamin Gaydos is a Detroit-based designer, filmmaker, artist and educator. Ben has conducted research in design and anthropology at Virginia Commonwealth University, where he received an MFA in Visual Communication/Design. His experiments in design, sound, film and video have been exhibited internationally. Ben has presented his work at Rhode Island School of Design (RISD), Harvard University, and MIT’s Media Lab, among other institutions. He is co-founder and principle of goodgood; founding editor and creative director at Flint Magazine; a producer and designer for Sensate Journal at Harvard University; and co-founder and programmer at Mothlight Microcinema in Detroit. Ben is Chair and Associate Professor of Design at The University of Michigan – Flint, where he directs the Community Design Studio.